In front of what high school does the Route 39 pass? 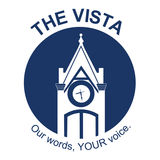 W U. McCoy (1921- ) W.U. McCoy spent more than 40 years covering arts and music, culminating in the book Performing and Visual Arts Writing and Reviewing in 1992. A graduate of Arkansas State University where he was named Outstanding Journalist, he served in the U.S. Army in WWII. He was feature editor for Western News Service, news editor at the Memphis (Texas) Democrat and a reporter and editor at The Pampa (Texas) News and state editor of The Amarillo Times. He completed the professional writing program at the University of Oklahoma, and worked at the Daily Oklahoman and Oklahoma City Times from 1955 to 1981 as music reviewer, general reporter and copy editor as well as an assistant editor of Orbit, the Sunday magazine. F rances (Fran) Morris (1930 - ) Fran Morris has always used her writing career as an advocate for children. Born in Britton, she graduated from the University of Oklahoma in English after majoring in radio and TV. She became "Miss Fran" every morning on KWTV from 1958 to 1967, after working for three years as a writer for WTARTV in Norfolk and KWTV. As writer, producer and hostess of "Storyland," she also wrote children's stories in columns. After earning an MA from the OU , she focused on mental health for children. She continued children's TV work at KFOR for 17 years. She also wrote "Speaking for Children," for The Gazette, KFOR and a talk show on KTOK. ames H. Reid (1917 - ) James Reid was born in Muskogee and attended Oklahoma A&M in mechanical engineering. When WWII broke out he joined the Army Alf Corps, where he met war correspondent Dixie Tighe who urged him to enter journalism after he wrote a story for Stars and Stripes. After the war he graduated in journalism from Oklahoma A&M and worked for the Muskogee Phoenix as reporter, farm editor and photographer. In 1950, he joined The Daily Oklahoman in a 31-year career covering police courts, education and business. He cultivated a wide range of sources that trusted him because he would get the story right.

im Myers (1947- ) Jim Myers, a native of Tonkawa, worked for The Enid News & Eagle and Lawton Constitution before joining The Tulsa World in 1981. The veteran political and government reporter is known for his tenacity to get to the truth and pursuit of fairness and accuracy. In 1984 was promoted to the World's statehouse bureau and in 1990 named Washington correspondent. In 1992 he was a Paul Miller Fellow for the Freedom Forum and in 1995 a Knight Center Fellow at the University of Maryland. An Army veteran, he has three degrees from Oklahoma State University: bachelor's degree in social studies and journalism and a master's degree in history.

pam Olson (1949- ) Pam Olson was the first woman to anchor a prime-time television newscast in Oklahoma City. Born in Midwest City, she began her journalism career in high school for a church youth paper. She graduated from the University of Oklahoma and interned at the Oklahoma Journal, the Midwest City Monitor and KWTV, becoming anchor of the evening newscast in 1976. As a TV reporter, she wrote and produced "Gift of Life," a documentary leading to the Oklahoma organ donor law. In 1980 she joined CBS in the Atlanta bureau and CNN as White House correspondent in 1985, traveling with Presidents Reagan and Bush. She lives in Tulsa with her family and freelances for the Tulsa World.

nave Story (1930 - ) Dave Story got his first taste of journalism as editor of his high school newspaper in Mississippi. He moved to Oklahoma in 1961 after serving in the U.S. Air Force as military newspaper editor at several Strategic Air Command Bases. He also worked at newspapers in Arkansas and Alaska. He has served as editor of the Lindsay News, editor and publisher of the Frederick Daily Leader, the Guymon Daily Herald and is publisher of the Claremore Daily Progress. In his 37-year Oklahoma career his papers have won more than a hundred United Press, Associated Press and Oklahoma Press Association awards. He received OPA'S Milt Phillips Award and the Beachy Musseltnan Award. • Dave Story

Jessica (Westfeldt) is a neurotic magazine copy editor who can't seem to find that perfect man. She is surrounded by her married and pregnant best friend Joan (Jackie Hoffman), and her Jewish mother Judy (Tovah Feldshuh), who are separately but equally eager to set her up with men.

Jessica has a boss who is a longtime family friend and exboyfriend, Josh (Scott Cohen). Josh thinks Jessica's problem is not the men she dates, but herself. And then there is Grandma Esther (Esther Wurmfeld), who likes to remark on the sex appeal of the men Judy sets up with Jessica.

Helen (Juergensen) is an art gallery director who has no problem finding men, but is not satisfied by any relationship with a single person. With the help of two gay friends, Helen places an ad in the women-seeking-women section of the newspaper using a passage from a book by poet Rainer Maria Rilke.

Upon seeing the ad, Jessica decides to give it a try even though she's never had any thoughts of dating a woman. When the two meet, it is all about Jessica's confusion and Helen's frustration in trying to open up Jessica's mind about new possibilities. That is the common theme throughout most of the movie.

Helen and Jessica start out as friends, and then progress to romantic involvement as Jessica becomes more comfortable. The practically choreographed makeout sessions cater to Jessica's comfort level are so hilarious the audience couldn't help but laugh. Where exactly they end up consummating the relationship is another moment not to be missed. Helen never has a problem of admitting to others about being in a lesbian relationship, but it takes Jessica months before she tells Joan. When Jessica finally has the chance to discuss the relationship with her mother, it is easily the most moving scene of the film. Feldshuh, who has made a career out of playing Jewish mothers (or so it seems sometimes), is absolutely perfect as the devoted and at times BY JERA STONE Staff Writer