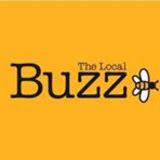 from The Local Buzz March April 2020
by Buzzing

Potential changes and new rules in the UK have raised a number of concerns around the subject of retirement planning.

Tony Delvalle and Andrea Glover are International Financial Advisers at The Spectrum IFA Group. We asked them what are the current top three ‘hot topics’ with clients, particularly affecting retirees.

Andrea commented, “The withdrawal of the UK from the EU has obviously been an area of concern regarding UK State pensions. Now the Withdrawal Agreement has come into force, it is reassuring that those covered by the Agreement will continue to benefit from aggregation of periods worked in the UK and EU, and those not yet retired will have the same benefits as current claimants.” Tony went on to say,

UK State Pensions will be uprated every year whilst residing in France.

“The withdrawal of the UK from the EU has obviously been an area of concern regarding UK State pensions. Now the Withdrawal Agreement has come into force, it is reassuring that those covered by the Agreement will continue to benefit from aggregation of periods worked in the UK and EU, and those not yet retired will have the same benefits as current claimants.”

Tony went on to say, “UK State Pensions will be uprated every year whilst residing in France. This will happen even if you start claiming your pension after 1 January 2021, as long as you meet qualifying conditions.”

Many people coming to live in France often decide not to sell their UK home, instead renting the property out to supplement their pension income.

Tony explained, We are frequently asked if this is sensible as a form of investment. Whilst there is often an emotional tie to a former home, or perhaps a client wants to keep the option of returning to their UK home, there can be punitive tax consequences to such a decision, should they then decide to sell the property as a French tax resident.” Tony continued,

“The sale of a UK property has to be declared in both the UK and France. Although under the UK/France double tax treaty you receive a credit in France for any UK tax paid, French residents can also pay social charges on gains arising on the disposal of a UK property. There are also new rules effective from April 2020 in the UK, making such a decision even less attractive.”

Andrea summarised by saying "It really is important to speak to a Financial Adviser, particularly if you haven’t yet made the final move to France. Dependent on personal circumstances, it may be more beneficial to sell their property and invest in a more tax efficient investment vehicle such as an Assurance Vie."

Tony told us that many of their clients have taken advantage of a QROPS, which enables consolidation of UK pension policies and which has attractive tax and inheritance tax advantages for French tax residents.

Our stance on this is that we believe it is highly likely that the UK Government will, after the transition period, impose a 25% tax charge on future transfers to a QROPS, making them less desirable. So, although they may not be suitable for everyone, don’t risk leaving it too late or you may face the 25% charge.

The article above is provided for information purposes only based on our understanding of current French tax law. It does not constitute adviceor a recommendation from The Spectrum IFA Group to take any particular action to mitigate the effects of any potential changes in French tax legislation.
Advertisement

My British father retired to France 5 years ago. Sadly, he passed away recently. Will my brother and I have to pay French Inheritance Tax (“IHT”) on both his English and French assets?

Cross-border taxation of an estate following death is complex. To ascertain whether you and your brother will have to pay French IHT on your father’s English and French assets, it must be determined where he was domiciled for IHT purposes when he died, in accordance French with French with and English law.

According to the French Tax Code, your father will be considered tax resident in France if his principal abode was in France, if he conducted a professional activity in France, or if the centre of his economic interests was in France.

The concept of tax domicile differs in France and the UK. Therefore, your father could be considered tax domiciled in both France and England when he died. If so, the following “tie-breaker” rules apply to determine where he was domiciled for IHT purposes. This is a step-bystep process, looking at criteria such as the location of his permanent home(s), his personal and economic relations to France and the UK, the location of his habitual abode, and his nationality.

If your father was considered domiciled in France under the tie-breaker rules, it is likely that you will have to pay French IHT on your father’s English and French assets. That said, under the Double Tax Treaty, where France taxes his English assets, France must allow a credit equal to the IHT charged in England on the English assets, and vice versa – to ensure that you don’t pay IHT twice on the same assets.

No two words better describe how to practise French Law.

France, like no other country, is a legal and administrative obstacle course. This is why when you choose a lawyer to handle a French matter, you need to work with a firm who only specialises in French Law.

We have English French-trained lawyers (avocats), living and working in Toulouse. Being there on the spot is certainly practical, but the secret of Bright Avocats’ success is simple: listening, asking the right questions, and finding the most effective course to a satisfactory conclusion.

What impact do charges have on your existing investments? Contact me for your FREE, no obligation review.

The Local Buzz is the only A4 glossy magazine and comprehensive website covering these departments. Lifestyle focused, the magazine is informative, fun and highlights what’s on in the region. Looking for a local business, more listings of what’s on, articles, blogs and local information? Then visit our website at www.thelocalbuzzmag.com

By the way, if you can’t pick up a copy, every issue can be read on the website at www. thelocalbuzzmag.com/ read-online, and postal subscriptions are available.

This story is from:
The Local Buzz March April 2020
by Buzzing