from Hospitality May 2020
by The Intermedia Group 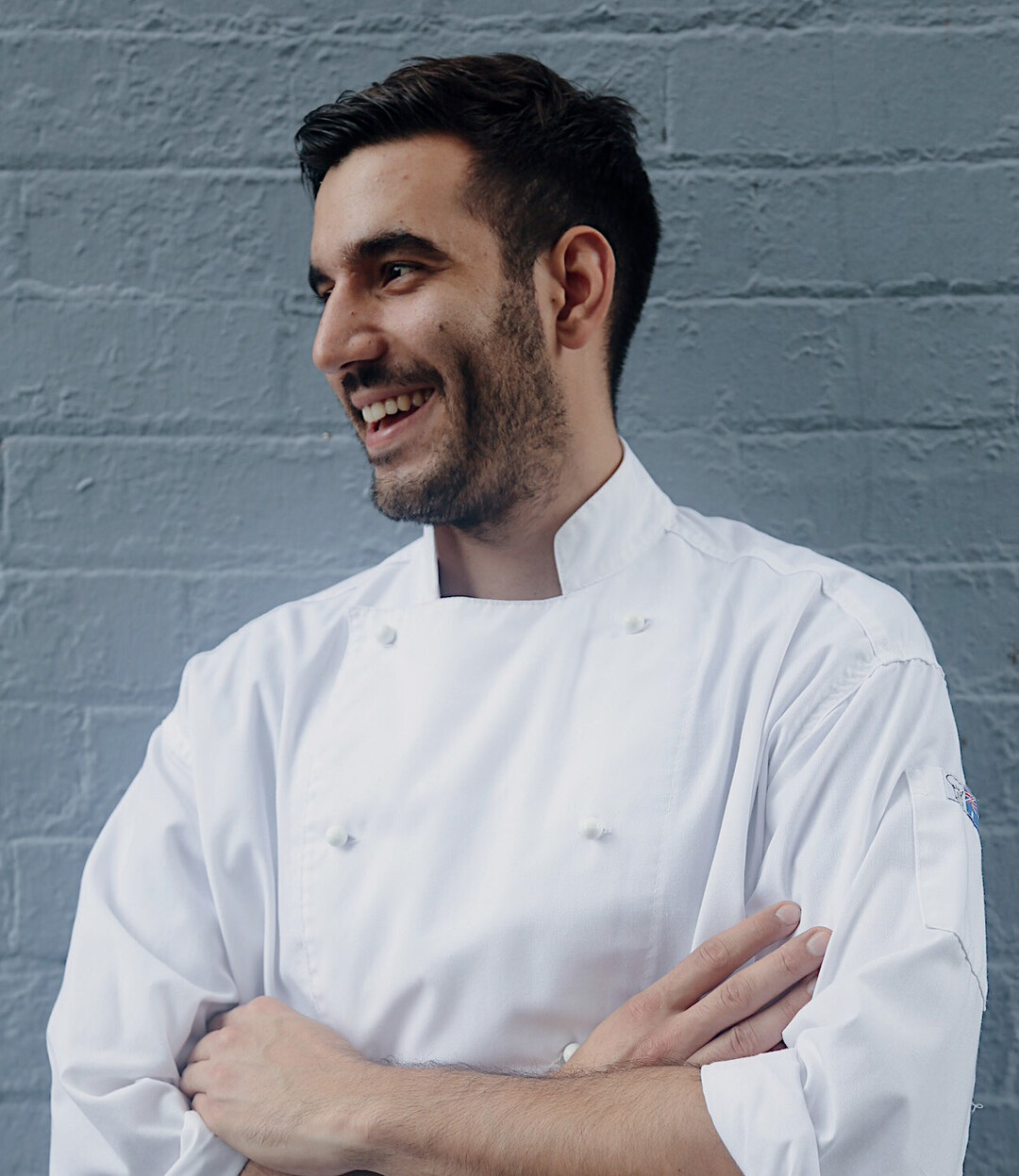 Chef Tristan Rosier had two options when the restaurant shutdowns were announced — stay at home and watch Netflix or come up with a new business idea — stat. He chose the latter.

24 HOURS AFTER hospitality venues in New South Wales were told to close their doors, Tristan Rosier had to make a decision. Arthur To-Go was in full swing three short days later and is now feeding Sydneysiders four nights a week. Arthur had never offered takeaway before, but the future of the one-hat restaurant is now in the (recyclable) bag.

A total venue shutdown was imminent given the increased frequency of government press conferences. Chef and business owner Tristan Rosier knew closures were impending, and had two ideas to keep his one-year-old business afloat: Arthur To- Go (ATG) or selling burgers.

ATG won out, and the team decided to introduce takeaway in the days leading up to the ban on dining in. The stream of customers had already begun to dwindle, and Rosier saw pre-prepared meals as an opportunity to offset the loss of the venue’s usual eat-in trade.

ATG started with 70 meals for two for $30 a pop, which moved to 40 meals on the second day. “It impacted on normal diners too much,” says Rosier. “We had a game plan to run takeaway from a window at the back of the restaurant, but then we couldn’t operate as a restaurant anyway.”

So the team integrated e-commerce platform Shopify with the restaurant’s dotcom and sales have been booming. Turns out you can offer a restaurant-ish experience at home and customers are more than happy to pay — to the tune of selling out ATG’s offering every week.

While the introduction of Arthur’s new business arm was fast, expanding the restaurant concept beyond the dine-in experience was always on the cards. “We had been working on some ideas for quite a while, but didn’t have the time to implement them because the demand of running Arthur is quite high,” says Rosier.

Arthur To-Go’s offering consists of readymade meals for two that cover the protein, carb, side and salad bases plus the option to tack on dessert. Customers can also order loaves of Arthur’s cult sourdough and cultured butter along with the same wines, beers and pre-batched cocktails they’d usually enjoy in-venue. There’s also the dip, which is a bit of a trademark for the chef. “We’ve always wanted to scale up and we’re building this with the intention of it being long-term,” says Rosier. “I think this is going to be the way it is for quite a while.”

So far, meals have included everything from chicken cottage pie to braised lamb with Israeli cous cous and pumpkin and lasagna — but don’t think the offering waivers from what you’d normally get. “We really wanted to still reflect what we do, so using native ingredients and Aussie local produce,” says Rosier. “Everyone is having a go at coming up with something and we aren’t limiting ourselves to a particular cuisine.”

But launching ATG hasn’t been without its stressors. Rosier had to source thousands of takeaway containers and transport them back to the venue in his VW Golf (it took three trips) and slightly tweak the offering after receiving some customer feedback. “We definitely let down a couple of people in the first days,” says Rosier. While “let down” may be too strong of a descriptor for the teething issues (dressing the salad, having customers walk through the restaurant), the team didn’t hesitate to make good. “We tried to make it right with the people we let down and spoke to our regulars about what they thought. You want to have good value for money and make sure there’s a decent amount of food.”

While portion size and sourcing produce in a time where suppliers are closing down are high on the stress list, it doesn’t compare to the pressure that comes with keeping staff in a job. While ATG has returned positive numbers so far and has the scope to run beyond the shutdowns, Rosier’s ultimate focus is his team. “A lot of my staff aren’t from Australia — they can’t get money from the government and will have to go home if they’re out of a job,” he says. “Even if I can give them three days a week, that’s a good starting point. I just want to make sure the staff are getting paid.”

“I was going to do whatever I could to stay open because I don’t want to go down without a fight.” – Tristan Rosier

Many restaurants made the call to close down completely, but the thought never crossed Rosier’s mind. The great thing about small business is its ability to pivot, which is why many of the ‘little guys’ are still in operation. “I would never open a restaurant bigger than Arthur, you can change quickly and give people what they want — the gloves are off,” says Rosier. “I was going to do whatever I could to stay open because I don’t want to go down without a fight.”

While tax deferments can help businesses in the short-term, Rosier is thinking big picture — it’s about months, not weeks. “There are many businesses that profit in a recession and this takeaway thing could help Arthur stay open in the long run,” says the chef. “I don’t know when Arthur in its original form will be up and running again, but if the numbers stack up, we will rent a space for ATG.”

Arthur is Rosier’s first business, and ATG is proof of his dedication to keeping the doors open. Rosier says it best: “As long as the rules allow me to keep trading, I’ll do it.” ■

This story is from:
Hospitality May 2020
by The Intermedia Group