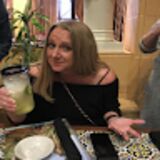 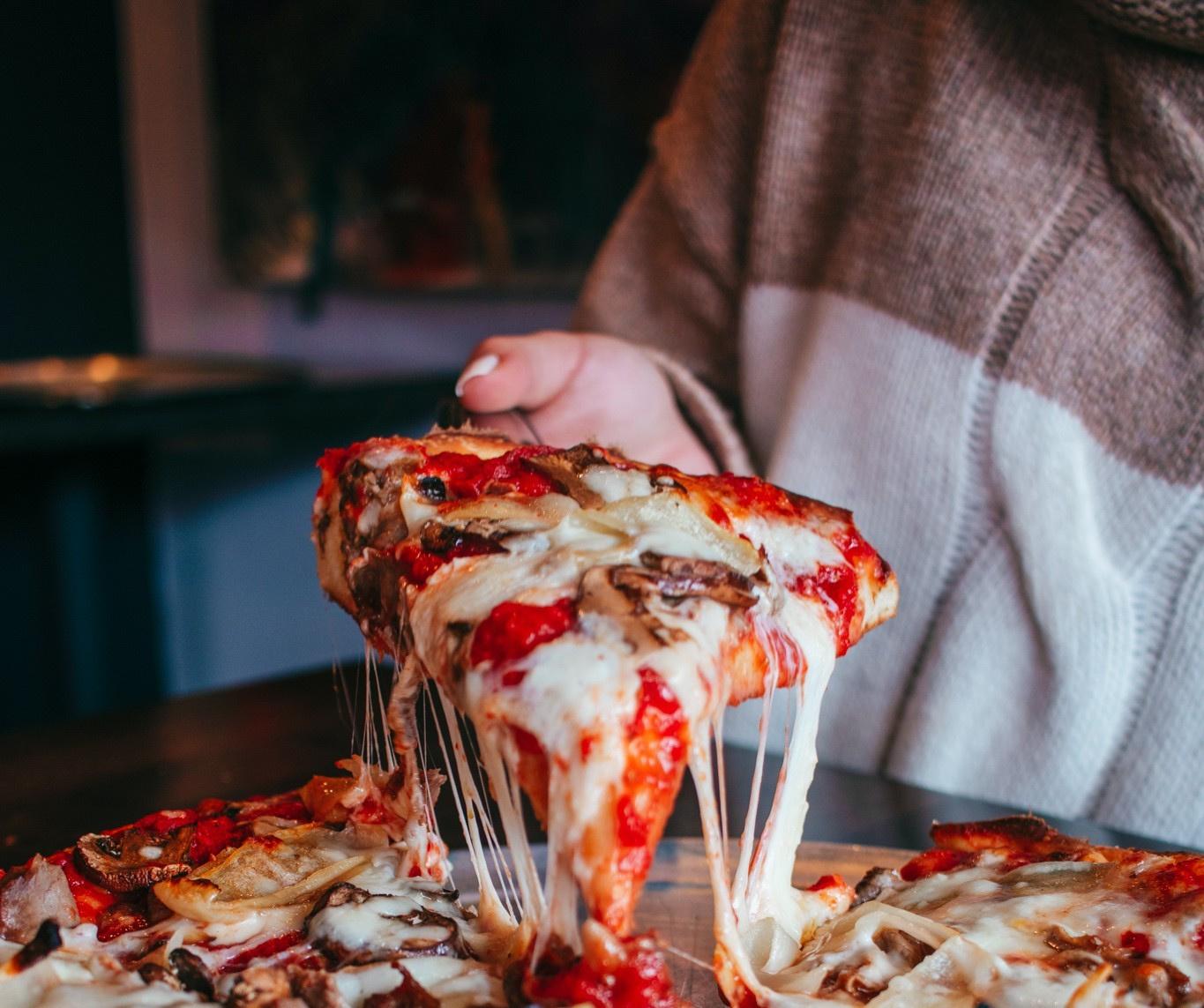 PUT THE FORK DOWN: PIZZA EDITION

What’ s There to Do at Campus Corner at Oklahoma University?

The University of Oklahoma is regarded as one of the state's better institutions of higher learning. It was founded in 1890 and has almost 30,000 students enrolled for the 2022 fall season. It’s a traditional four-year college, and the main campus is in Norman.

The students there study hard, but they play hard as well. If you’re attending the university this year, or if you’re visiting and want to figure out something to do to pass the time, you’ll probably want to check out Campus Corner. It’s located just across from the university, and it’s a small, student-centric shopping and entertainment district. It’s a place to grab some souvenirs, enjoy a beer while watching football, or to shoot some games of pool or play darts while hanging out with your buddies.

Let’s talk about some of the better-known venues there that should be on your list to visit.

There are more than a few bars and restaurants that have achieved little less than legendary status at Campus Corner. Some of them have the tradition of being gameday hangout spots for multiple decades. The first one we have to mention is The Bird’s Nest. It’s located at 575 S. University Blvd.

They have bike parking there as well as car parking, which is convenient for any cyclists who want to stop by. There are typically multiple TVs showing University of Oklahoma football games whenever the team is playing, and there’s also food available for both takeaway and eat-in dining.

The locals say it’s one of the better spots around campus because they don’t blast the music so loud you can’t hear your neighbors. The best nights to visit are undeniably Thursday, Friday, and Saturday, when there’s a rowdy college crowd looking to blow off some steam. Note that smoking is still allowed in there, though, so this might be an option to avoid for anyone with asthma or individuals who find secondhand smoke offensive.

Louis Bar and Grill is another winner. Find it at 301 W. Boyd St. They have a lunch and dinner menu that includes several tempting entrees, such as the chicken quesadilla supreme and the Joker burger with spicy mac and cheese, cheddar jack, and bacon. You can try one of these gut-busters along with one of their signature cocktails. Some of the best ones include the Ocean Breeze with Stoli Blueberi and blue curacao and the Rock and Roll Paloma with platinum tequila and grapefruit.

We’d be remiss if we didn’t mention O’Connell’s Irish Pub, located at 769 Asp Ave. Many students who attend the university and visitors who spend a little time at Campus Corner consider this to be the quintessential University of Oklahoma bar.

O’Connell’s is arguably everything you could want from an Irish pub, transported from Dublin, and set down fully intact in the great state of Oklahoma. It has friendly bartenders, plentiful drink specials, and theme nights like trivia and karaoke. They never fail to show all the big games on TV, including not just college ball but the NFL as well. Their burgers are enormous, but you might also opt for some more traditional Irish grub like the fish and chips, made with fresh beerbatter-dipped Atlantic cod.

While the bars at Campus Corner have a multitude of tantalizing alcoholic beverages, make sure to enjoy them in moderation and to always designate a driver if your party took a vehicle there.

If you’d prefer to have a meal at Campus Corner without dealing with a bunch of rowdy college kids, you might check out Othello’s. While students do come in there, it’s more of a traditional restaurant atmosphere and less of a bar.

Othello’s has a location in Edmond as well as one in Norman. It’s Italian fare with an emphasis on traditional dishes like fried ravioli, manicotti, and tortellini. The hearty portions are easily enough to satisfy the hungriest campus visitors. This spot has been family owned since 1997.

Volare Pizza and Hideaway Pizza are competing pizza joints you can also find at Campus Corner. The former is located at 315 White St., while you can find the latter at 577 Buchanan Ave.

Opinions vary as to which of these two has the best pies in Norman. Some like Volare Pizza’s slightly thicker crust and robust toppings, as well as their full range of creative appetizer variations. Hideaway ’s pizza has a more expansive kid’s menu, which makes it a favorite of family members who have stopped by the campus to visit the undergrads. The original Hideaway ’s was actually located in Stillwater at OSU, but that doesn’t stop the locals from claiming it as one of their favorites.

Cross Village is quite close to what is considered to be Campus Corner proper. It’s off-campus housing where many students spend multiple years as they ’re working away on their undergraduate degrees. Some consider Cross Village a part of Campus Corner, while others disagree. Either way, there are certainly some establishments there that are worth investigating if you want the full University of Oklahoma experience.

Cross Canyons Brewery and Skinny Slims are a couple of top contenders if you’re looking for a place to spend an evening. The Brewery is located at 333 W. Boyd Street, while you can find Slims at 201 E. Main St. Cross Canyons is probably best known for its iconic crossed cannons logo and robust beer selection. They make several seasonal, handcrafted brews, and they also have some pretty serious appetizers to enjoy along with them, like the spicy bacon candy chicken bites.

Skinny Slims is more of a British-inspired pub that caters to an American crowd. It’s the spot you want to go to if you’re more of a fan of the English version of “football” than the American one. They have an epic beer selection and a patio area that always gets super rowdy during World Cup games.

Fuzzy’s Taco and The Library Bar and Grill are worth a look as well. Fuzzy ’s, located at 752 Asp Avenue, has beer, enormous margaritas, and Baja-style Mexican grub. Their tacos and burritos are excellent stomach-filling options if you’re nursing a hangover.

The Library Bar and Grill, found at 607 W. Boyd St., is one of the oldest and most venerable campus bars. It never has fewer than 32 beers on tap, but you’ll probably want to head there more for the whiskey selection. If you prefer a finely aged single malt to celebrate acing your midterm, this is the spot for you.

It’s hard to include every great venue in the Campus Corner area in a single article, but we couldn’t forgive ourselves if we left these last few off the list. The Blackbird Gastropub, at 575 S. University Blvd., has some truly legendary pot roast nachos, and their whiskey selection almost rivals what you can find at The Library. There’s also The Greek House at 768 S. Jenkins Ave. It has an old-school diner vibe and many classic Greek dishes. Try the falafel, gyros, and more.

The Porch Brew Hub, at 311 W. Boyd St., also has its fans. It has an outdoor area that usually fills up quickly on game days. The second floor has some pleasant views of the surrounding streets and buildings. While the burgers and other bar food seldom fail to disappoint, some patrons complain about inattentive service.

The Deli is another can’t-miss attraction if you’re exploring all that Campus Corner has to offer. You can find it at 309 White St., but you will probably hear the live music blasting from inside from several blocks away. The Deli holds the distinction of being the oldest live music venue in and around Campus Corner.

It has live music nearly every night, though you can usually find the bigger showcase acts there playing their hits during the coveted Friday and Saturday nighttime slots. Part of what’s nice about The Deli is that it features many different musical genres. You’re just as likely to get country and western as you are rap or classic rock. If you’re an aspiring or established musician and you want to get booked there, you can contact ownership via their Facebook page.

Ready to Check Out Campus Corner?

Whether you are looking for shopping, a hearty lunch, a stiff drink, or some lively conversation, you can find all of that at Campus Corner. Bar hopping on the weekends is one of the best ways to get an impression of what it’s like to be an undergrad if you're considering attending. If you’re new to the area, check out a more detailed description at campuscorner.com. You can also see what Trip Advisor has to say about it.

With over 75 bars, restaurants, and other attractions making Campus Corner so special, you probably can’t see everything on just one trip. You might just have to come back several times to enjoy the full experience.