Self-Care According to Audre Lorde 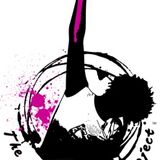 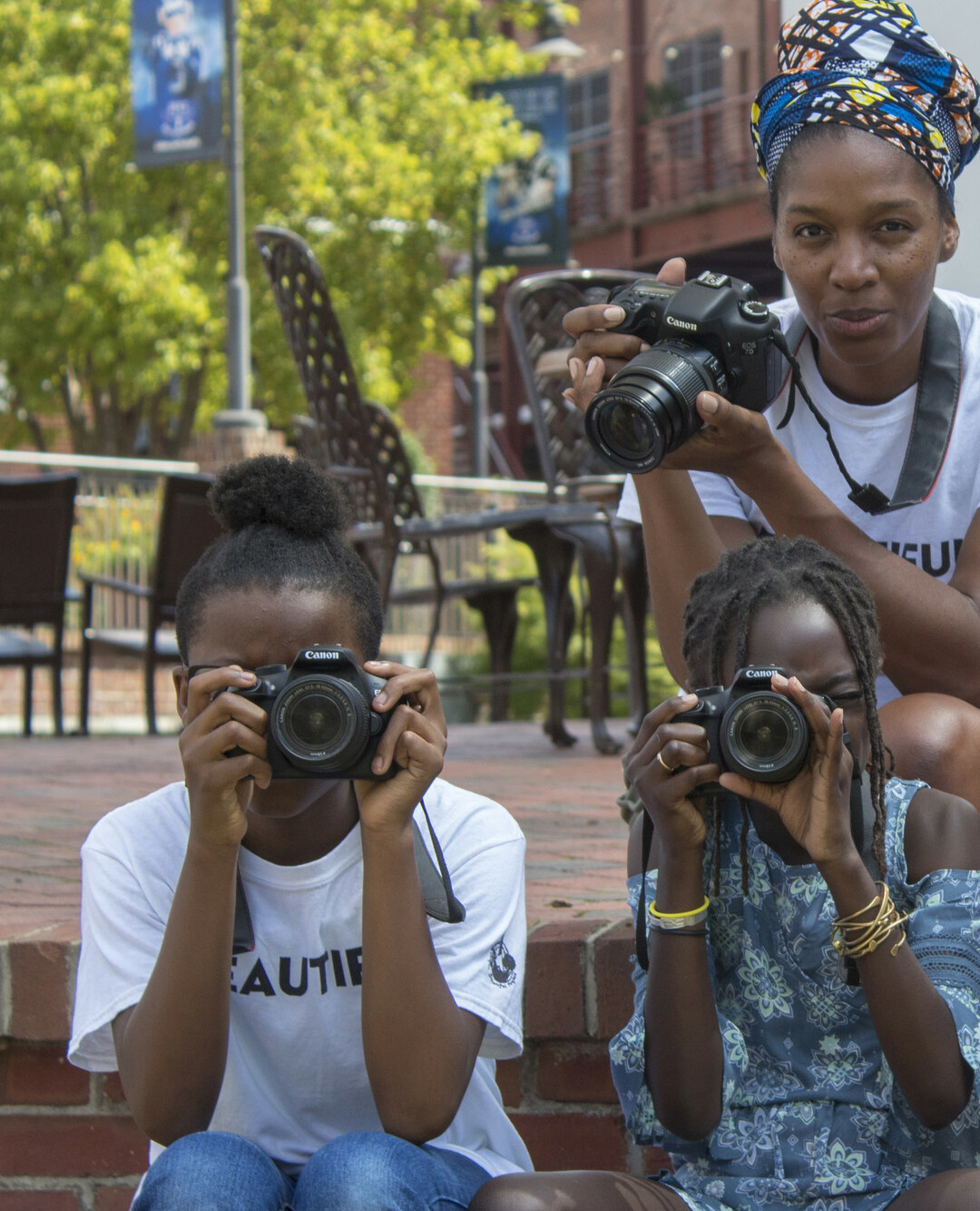 For The Girls
By Pamela Thompson

The first time I opened my music streaming app and hit that little sideways triangle, I expected to be provoked, encouraged, questioned and affirmed. My expectations were met and exceeded. Solange hummed, wailed and harmonized me through the complexities of how I cope and comeback from the mundane and profound happenings of my life. Just past midway through the track list she reminded me to leave the borderline because baby, it’s war outside these walls and you’ve been more than a woman, you’ve been a lover on a mission (and what’s love without a mission?) so know when to let go, ‘cause baby you know you’re tired. She was then and remains on point. As I listened and reflected on the messages in her latest body of work, I started to imagine that she, somehow, decades later, had firmly grasped the extended end of the baton as Audre Lorde unclasped her strained, tightly coiled fingers from the opposite end, releasing her grip to finish this part of her race for our freedom and finally receive her rest. So when I cracked open the spine of A Burst of Light, written throughout the late seventies into the late eighties, to learn from the essays and journal entries of our Auntie Audre, I found her prose to be an abiding place for me as she navigated some of the same topics sister Solange did in A Seat at the Table. Self-care.

The term and topic are said to have originated with the Greeks, with some historians noting phrases from Socrates that point  to managing and caring for the self.  If we were to trace a history of the phrase, we would see that throughout time the term, “self-care,” has taken on many definitions derived from various motives spanning from early colonization where oppressive forces used it to massage assimilation and uniformity, insisting that immigrants and later, more specifically, Black people, didn’t know how to properly care for themselves and needed to be given a direct set of norms to follow in order to care for themselves well.  With cultural shifts, particularly those related to civil rights and activism, there are swells of awareness and concentration of the term to fit the growing needs of the people in the culture. One particular example was seen after the last presidential election. When 45 took his position in the oval office there was an upsurge of awareness and tips given to encourage people to take care of their mental and emotional health in the wake of what felt like a thick, wet, phlegm filled spit ejected directly in the face of most minorities living in this country.

The latest presidential inauguration occurred two years ago but the term is still very relevant and prevalent in our culture and is becoming increasingly more widely used. In the collage of uses of this term, it’s difficult to know not only what folks mean when they speak about self-care, but it is also difficult to discern why they think it’s important. While understanding the history of the term is helpful, I couldn’t help but notice the response of Black women when we were reminded of how Auntie Audre spoke about self-care a few decades ago. In the epilogue of A Burst of Light, she writes,

I had to examine, in my dreams as well as in my immune-function tests, the devastating effects of overextension. Overextending myself is not stretching myself. I had to accept how difficult it is to monitor the difference. Necessary for me as cutting down on sugar. Crucial. Physically. Psychically. Caring for myself is not self-indulgence, it is self-preservation, and that is an act of political warfare.

Most often, we hear the very last line, in isolation of the rest of the paragraph and absent from the context of this whole section of the book, a section also known as the Cancer Journals. As I went back to spend some time in those pages, I thought about how our understanding of self-care has been compromised because we’ve missed the depth from which Auntie Audre spoke based on the fight she engaged for her very life. Similar to previous patterns where the conversation about self-care takes on the personality of the culture and times, the current, predominate rhetoric of the topic seems to center on vain practices that make us feel good and help us endure the week until we reach Fri-Yay. But we are presently facing many of the same vices positioned to destroy countless generations of Black women before us and, frankly, we need so much more. For a just a moment, I’d like to enlighten some and remind others of Auntie Audre’s convictions so that as we take up our positions as lovers on a mission, we may do so with more determination to love and stoke the firelight that fuels our life.

Audre Lorde opens the Cancer Journals describing the joy and celebration with which she anticipated her fiftieth birthday and then, with precision and intrigue, she quickly knocks us back a few paces as she informs us that before she could open the door to the bliss and wonder of fifty, she was notified that she had liver cancer, metastasized from the breast cancer she battled six years prior. It seems as though she sensed that she may journey through to the end of her life as a result of this cancer. So she endeavored to face this intrusion upon her liver her way, electing not to have the invasive surgery her doctors were insisting on, instead choosing homeopathic methods which she believed prolonged her life and added quality to the life she lived.

The pages that follow are filled with the everyday instances of what life was like for her as she kept with things like her travel schedule of lecturing around the world, faithfully loving Frances, enjoying the presence and care of Black women in social settings, as well as the darker days of intrinsic racism and penetrating patriarchy of white feminist spaces and the bullying, pessimism and oppression she encountered in the medical scene both stateside and abroad. Essentially, Auntie Audre believed that while, “The struggle with cancer now informs all my days, [but] it is only another face of that continuing battle for self determination and survival that Black women fight daily, often in triumph.” And so she goes on, in what felt like for me a sort of manual, using her own life experiences, to teach us how to know what is happening inside of us as it relates to and in isolation of what is happening around us, in the fight for and preservation of our lives, lived our way.

The self-care she referenced focused on an autonomy and audacity with which Black women would govern and direct our own lives. It was clear in the way she wrote that this wouldn’t come easy. To demonstrate this, she wrote about the opposition she faced as she held to her conviction not to have surgery in the face of opposition from doctors. “Now that the doctors here have decided I have liver cancer, they insist on reading all their findings as if that were a fait accompli. They refuse to look for any other reason for the irregularities in the x-rays, and they’re treating my resistance to their diagnosis as a personal affront. But it’s my body and my life and the goddess knows I’m paying enough for all this, I ought to have a say.”

She described the boldness and courage it took for her to call out the implicit bias and racism of a group of white Australian women writers who had gathered in Melbourne, Australia, for a writing conference to listen to her speak about “The Language of Difference.” She did not use that opportunity to adulate their egos or protect her chances of being invited back. Auntie Audre invited them to “decide what mistress [their] art must serve” as they learned to hear and feel the language of the Black Aboriginal women of that country, whose voices she described as haunting, brave and sad. Yes, she meant it when she said, “I am saving my life by using my life in the service of what must be done. I want to live the rest of my life, however long or short, with as much sweetness as I can decently manage, loving all the people I love, and doing as much as I can of the work I still have to do. I am going to write fire until it comes out my ears, my eyes, my noseholes—everywhere.

Until it’s every breath I breathe. I’m going to go out like a f**cking meteor!”  Auntie Audre took everything that came against her existence; racism, sexism, homophobia, and more, lined them up, made them face her and then bow to the expression of how she envisioned and desired to live her life. She invited us to consider along with her, “Where does our power lie and how do we school ourselves to use it in the service of what we believe?” This was her understanding and iteration of self care. This is why it is so important that we understand what she meant when she spoke the term. If we continue to focus on taking up practices to restore our joy and balance instead of focusing on preserving our lives we miss a more abiding and enduring experience of living.

The current and most often heard conversations on self-care seem to settle on girls trips, spa days, and me time. We need to have some version of those components in our rotation as they, too, have value. But none of those are the focus of the kind of self-care Auntie Audre’s principles encourage us to observe for ourselves. Her brand of self-care helps us guarantee that we’ll be alive and present to enjoy those practices and, more, that we will create a livable future for the generations of Black and indigenous generations following us. “This is why we cannot be silent, because our silences will come to testify against us out of the mouths of our children.” This is why we cannot make a lord of the activities that can bring us joy or idolize the people who faithfully offer us their love and support. Both aspects are important but they take on new meaning when thoughtfully and strategically situated inside of our whole plan of knowing, understanding and taking care of ourselves.

I’d love to end this with some witty or thought provoking epithet for us to consider. However, I am at a loss for words as I sit in the shadow of the burst of light cast by Auntie Audre Lorde’s reflections and wisdom. So, I’ll offer her words and pray we’ll carry them with us back to the borderline.

How do I hold faith with sun in a sunless place? It is so hard not to counter this despair with a refusal to see. But I have to stay open and filtering no matter what’s coming at me, because that arms me in a particularly Black woman’s way. When I ’m open, I ’m also less despairing. The more clearly I see what I ’m up against, the more able I am to fight this process going on in my body that they’re calling liver cancer. And I am determined to fight it even when I am not sure of the terms of the battle nor the face of the victory. I just know I must not surrender my body to others unless I completely understand and agree with what they think should be done to it. I ’ve got to look at all of my options carefully, even the ones I find distasteful. I know I can broaden the definition of winning to the point where I can’t lose.