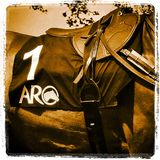 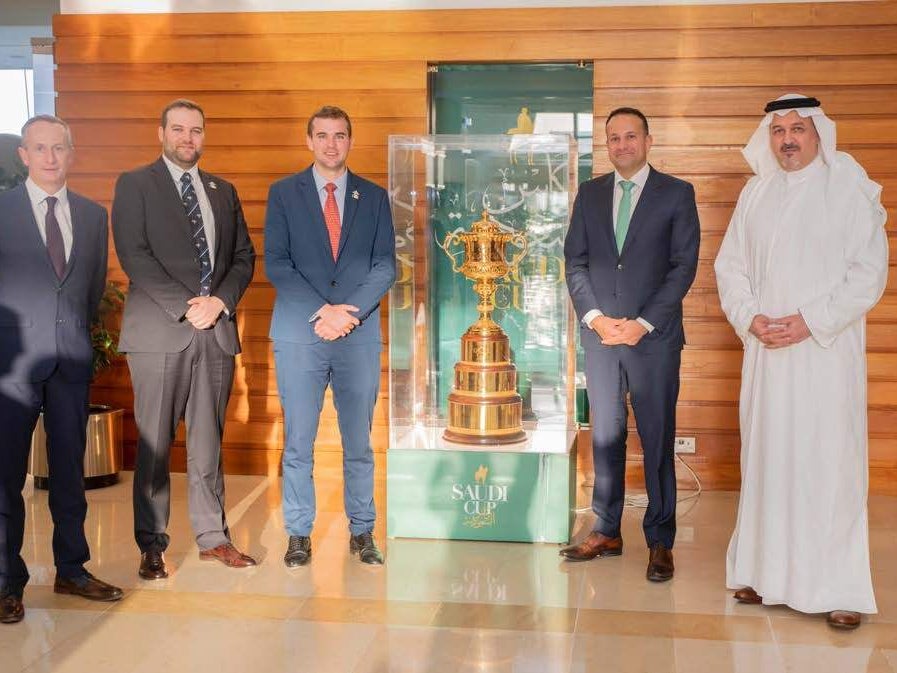 The Arabian Racehorse (TAR) speaks with the Arabian Racing Organisation’s (ARO) Chief Executive Officer, Genny Haynes (GH) about the new era in UK Arabian racing and her thoughts on the forthcoming Festivals in Qatar and Saudi Arabia which she will be attending.

TAR - It’s been a difficult couple of years for UK Arabian racing with Equine Flu, Brexit, Covid and the sad loss of ARO Patron HH Sheikh Hamdan bin Rashid Al Maktoum, and yet ARO has survived. There has been an inevitable contraction of UK racing, however the current provisional raceplan shows an expansion in race numbers, do you feel ARO is turning a corner now?

GH - Despite all of the above, on a positive it has given ARO the time to reflect on its current working model, and therefore we’ve been able to re-evaluate its position as a brand in Arabian racing. It has certainly brought to the fore how vulnerable as an organisation we are (as I am sure other organisations, not just in racing, are experiencing coming through Covid). It’s also shown that certain changes have been required and still need to be made for Arabian racing in the UK to continue.

TAR - ARO was an early adopter of the Equine MediRecord system in 2019, how did that help Arabian racing through this period?

GH - Adopting the EMR system meant that our Arabian racehorses and our participants could race through Covid-19 as we were able to adhere to all the British Horseracing Authority (BHA) and racecourse protocols that were set in place. Though it was a late start to our season in September 2020 and we only staged 14 single races (including two Group 1PA’s) ‘behind closed doors’, having this system in place meant that ARO and our participants could successfully prove that we were prepared to adapt our working practices with a professional approach.

TAR - Covid overshadowed the announcement in December 2019 that BHA are now allowing licensed thoroughbred trainers to train Arabians, if they wish to do so, what does that mean for the sport in the UK now?

GH - I don’t think we can keep blaming Covid for everything (although integration is a little slower than was first outlined because of it) and ARO certainly has a bigger part to play in lobbying professional thoroughbred trainers to embrace Arabians. That is something we have set out in a three year development plan moving forward. However, we do have definite interest from certain trainers of thoroughbreds that already have middle eastern connections and those conversations are already taking place. This is now an ideal opportunity for a smaller thoroughbred trainer to extend their string by training Arabians - this door is now firmly open for business.

TAR - What other benefits of greater alignment with the BHA are there for UK Arabian racing?

GH - The ARO/BHA integration project is still very much being driven forward – there is no longer the segregation between Arabians and thoroughbreds at racecourses, distribution of prizemoney falls into line with BHA criteria together with ARO’s rules and regulations to make this transition from an amateur to a professional sport a seamless process. There are benefits from other established organisations such as Racing Welfare to include our racing staff, whilst the Racehorse Owners Association have included ARO’s Arabian owners into their current benefit scheme for 2022. ARO still has many other boxes to tick before the integration into the British Horseracing Industry is complete and it is an ongoing process.

TAR - Covid was a huge challenge for horseracing worldwide, not just the UK, how well do you feel ARO coped with the challenges?

GH - Coped is probably the appropriate word to use, ARO adapted where necessary and it was certainly a massive ARO team effort of how we were going to perform through this, so we all dug deep and showed resilience. Undoubtably, the support and loyalty of all our sponsors made it all possible for ARO to come through the other side, a bit battered maybe, but through.

GH - This is definitely the ‘light at the end of the tunnel’ now that the restrictions have been lifted. ARO struggled (but was successful) with international runners during Covid. We assisted by acting as administrator, groom, trainer, owner and so on when those foreign runners came over in 2020 and 2021. As I mentioned previously, it is thanks to the support of our sponsors, HH Sheikh Mansoor Festival, Royal Cavalry of Oman, Qatar Racing and Equestrian Club, and the Ministry of Presidential Affairs, as well as our domestic sponsors that have been with us throughout this challenging time and are continuing to be there for both ARO and UK Arabian racing. It will be ARO’s pleasure to welcome all the international runners back to a more normal racing experience in the UK in 2022 and we are very much looking forward to doing so.

GH - I think the main attraction for overseas sponsors is that ARO can offer the opportunity to race at a variety of beautiful racecourses, both on the turf and the All Weather and certainly on the cards of the major meetings at Grade 1 tracks, such as St Leger day at Doncaster for the UAE President’s cup, (UK Arabian Derby) or as part of the Qatar Goodwood Festival. These opportunities certainly give the sponsors maximum exposure for their brand and the ability to raise the profile and awareness of the sport of Arabian racing to a wider audience.

TAR - over the years ARO has had a long involvement with QREC, sponsors of your most valuable race, the Qatar International Stakes (Gr1PA), which has produced some top class racing, what has the inclusion of this race in the program meant to ARO?

GH - QREC have sponsored with ARO since 2009 and have built their sponsorship programme over the years in the UK. They recognised the need to accommodate and support our requirements, as have all our sponsors and for that I am extremely grateful. The Qatar International Stakes Group 1 PA at Goodwood showcases Arabian racing at top level, not just the young horses coming through, but the return of the Arabian stalwarts of the sport that never disappoint. So for ARO to be given the opportunity to stage this prestigious race in the UK is an absolute privilege.

TAR - The UK has traditionally offered an opportunity for Gulf owners to race their horses over the summer, though Covid has had an understandable effect on this, do you think UK racing is still attractive to overseas connections?

GH - I think ARO still has a long way to go with regard to increasing prizemoney to encourage foreign breeders/owners to come over for our season. It is ARO’s intention, though currently our sport is scaled back in races, to build for the future and that process has already begun by discussions with various racing stakeholders, sponsors, owners, breeders and participants. The end result is always the same, however many times you go around, it has to be a sustainable product that everyone can participate in and enjoy at all levels.

TAR - You will be attending the HH The Amir Sword Festival, the first time since 2020, what do you like about that meeting and what memories stand out for you?

GH - For me Qatar was the very first Middle Eastern country that I visited in this role with ARO, and my goodness how the country has changed from that first time. For me it will always be the quality of the Arabian racing and every time I return, the racing is fantastic. Great friendships have been forged there over the years and I hope will continue to do so, both on and off the track.

TAR - And you will be going to the Saudi Cup, what are you looking forward to?

GH - This will be my first visit to Saudi Arabia and I was delighted to receive the invitation from HRH Prince Abdulaziz bin Ahmed, owner of Athbah Racing, to attend the Saudi Cup. It is always exciting to see our sport staged in a different country, especially at a high level. Also, it’s a great opportunity to see if I can improve our racing here, by watching and learning how other organisations run their racing – there’s always something to learn from others!

TAR - Obviously numbers of registered horses are down this year, what is ARO doing to encourage breeders?

GH – Our Arabian horse population at present is a concern, however ARO will endeavour to continue to address this by bringing in new incentives, for example we’ve launched a UK breeders scheme with monetary value for all domestic races to encourage new participants and those established breeders to continue. There will also be a free nomination to a selected stallion for the leading breeder of 2022.

TAR - HH Sheikh Hamdan played a huge part in shaping UK Arabian racing, but we are now entering a new era, his bloodstock has been dispersed, though many will continue to race in the UK for new owners, what would you like to see as his legacy to UK Arabian racing?