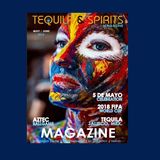 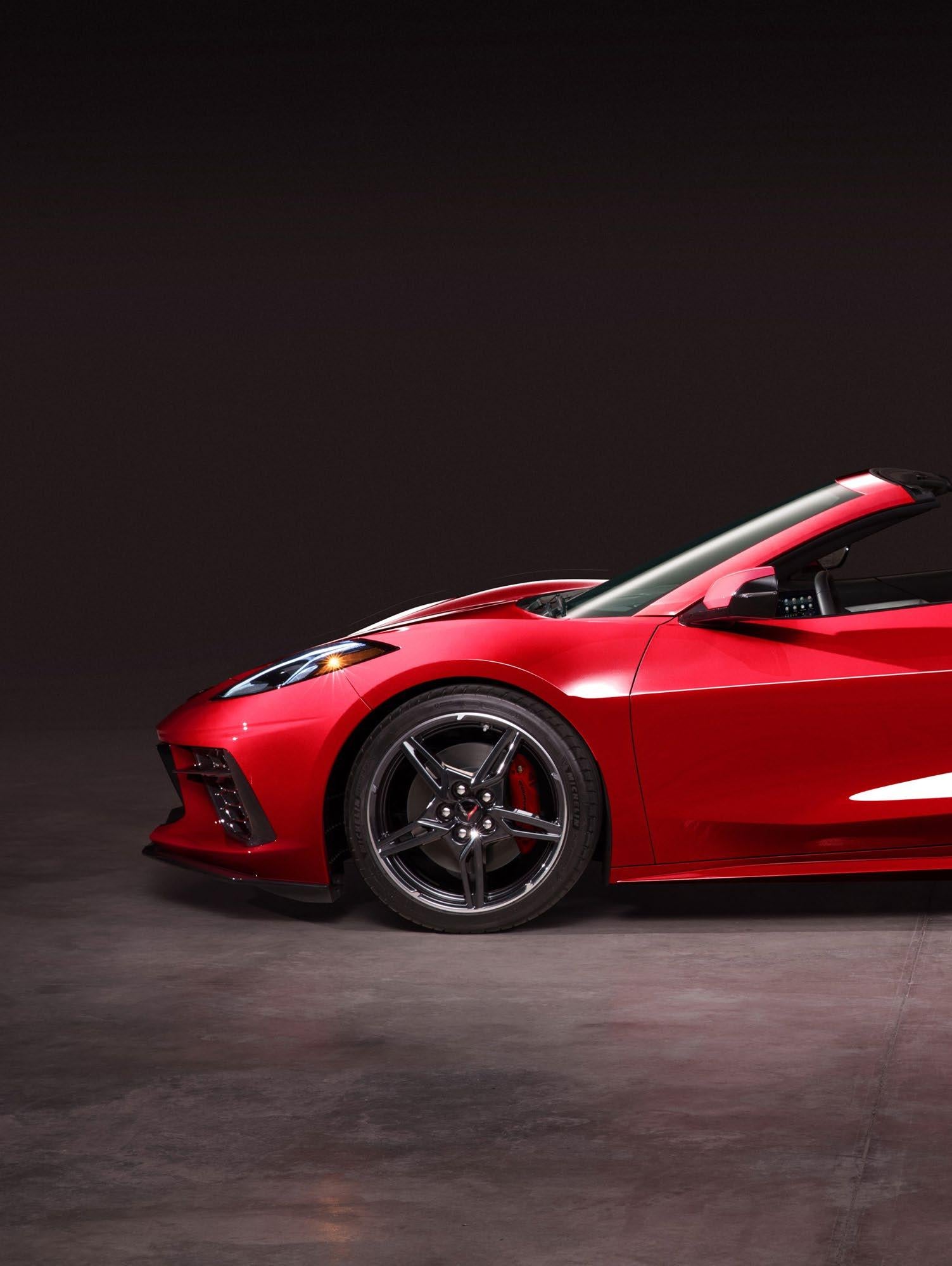 VODKA is a clear distilled alcoholic beverage with different varieties originating in Poland, Russia and Sweden.

It is composed primarily of water and ethanol, but sometimes with traces of impurities and flavorings. Traditionally it is made by distilling the liquid from cereal grains that have been fermented, with potatoes arising as a substitute in more recent times, and some modern brands using fruits as the base. Since the 1890s, standard vodkas have been 40% alcohol by volume (ABV) (80 U.S. proof).The European Union has established a minimum alcohol content of 37.5% for vodka. Vodka in the United States must have a minimum alcohol content of 40%. Vodka is traditionally drunk “neat” (not mixed with water, ice, or other mixers), and it is often served freezer chilled in the vodka belt of Belarus, Estonia, Finland, Iceland, Lithuania, Latvia, Norway, Poland, Russia, Sweden, and Ukraine. It is also used in cocktails and mixed drinks, such as the vodka martini, Cosmopolitan, vodka tonic, screwdriver, greyhound, Black or White Russian, Moscow mule, Bloody Mary, and Caesar.

The name vodka is a diminutive form of the Slavic word voda (water), interpreted as little water: root (vod-) [water] + (-k-) (diminutive suffix, among other functions) + (-a-) (ending of feminine gender).

The word vodka was recorded for the first time in 1405 in Akta Grodzkie, the court documents from the Palatinate of Sandomierz in Poland. At the time, wódka referred to medicines and cosmetic products, while the beverage was called gorzałka (from the Old Polish gorzeć meaning “to burn”), which is also the source of Ukrainian horilka. The word vodka written in Cyrillic appeared first in 1533, in relation to a medicinal drink brought from Poland to Russia by the merchants of Kievan Rus’. Although the word vodka could be found in early manuscripts and lubok pictograms, it began to appear in Russian dictionaries only in the mid-19th century. It was attested in Sámuel Gyarmathi’s Russian-German-Hungarian glossary of 1799, where it is glossed with Latin vinum adustum (“burnt [i.e. distilled] wine”). In English literature, the word vodka appears by the late 18th century. In a book of travels published in English in 1780 (presumably, a translation from German), Johann Gottlieb Georgi correctly explained that “kabak in the Russian language signifies a public house for the common people to drink vodka (a sort of brandy) in.” William Tooke in 1799 glossed vodka as “rectified corn-spirits”, using the traditional English sense of the word “corn” to refer to any grain, not just maize. In French, Théophile Gautier in 1800 glossed it as a “grain liquor” served with meals in Poland.

Another possible connection of vodka with “water” is the name of the medieval alcoholic beverage aqua vitae (Latin, literally, “water of life”), which is reflected in Polish okowita, Ukrainian, Belarusian, and Scandinavian akvavit. (Note that whiskey has a similar etymology, from the Irish/Scottish Gaelic uisce beatha/uisge-beatha.)

People in the area of vodka’s probable origin have names for vodka with roots meaning “to burn”: Polish: gorzała; Ukrainian: romanized: horílka; Belarusian: romanized: harelka; Lithuanian: degtinė; Samogitian: degtėnė is also in use, colloquially and in proverbs; Latvian: degvīns; Finnish: paloviina. In Russian during the 17th and 18th centuries, or (goryashchee vino, “burning wine” or “hot wine”) was widely used. Others languages include the German Branntwein, Danish brændevin, Dutch: brandewijn, Swedish: brännvin, and Norwegian: brennevin (although the latter terms refer to any strong alcoholic beverage).

Scholars debate the beginnings of vodka due to the little historical material available. For many centuries, beverages differed significantly compared to the vodka of today, as the spirit at that time had a different flavor, color, and smell, and was originally used as medicine. It contained little alcohol, an estimated maximum of about 14%. The still, allowing for distillation (“burning of wine”), increased purity and increased alcohol content, was invented in the 8th century.

In Poland, vodka (Polish: wódka or gorzałka) has been produced since the early Middle Ages with local traditions as varied as the production of cognac in France, or Scottish whisky.

The world’s first written mention of the drink and the word “vodka” was in 1405 from Akta Grodzkie recorder of deeds,in the court documents from the Palatinate of Sandomierz in Poland and it went on to become a popular drink there. At the time, the word wódka referred to chemical compounds such as medicines and cosmetics’ cleansers, while the popular beverage currently known as vodka was called gorzałka (from the Old Polish verb gorzeć meaning “to burn”) In these early days, the spirits were used mostly as medicines. Stefan Falimierz asserted in his 1534 works on herbs that vodka could serve “to increase fertility and awaken lust”. Wodka lub gorzałka (1614), by Jerzy Potański, contains valuable information on the production of vodka. Jakub Kazimierz Haur, in his book Skład albo skarbiec znakomitych sekretów ekonomii ziemiańskiej (A Treasury of Excellent Secrets about Landed Gentry’s Economy, Kraków, 1693), gave detailed recipes for making vodka from rye. Some Polish vodka blends go back centuries. Most notable are Żubrówka, from about the 16th century; Goldwasser, from the early 17th century; and aged Starka vodka, from the 16th century. In the mid-17th century, the szlachta (nobility of Poland) were granted a monopoly on producing and selling vodka in their territories. This privilege was a source of substantial profits. One of the most famous distilleries of the aristocracy was established by Princess Lubomirska and later operated by her grandson, Count Alfred Wojciech Potocki. The Vodka Industry Museum, located at the park of the Potocki country estate has an original document attesting that the distillery already existed in 1784. Today it operates as “Polmos Łańcut”.

Vodka production on a much larger scale began in Poland at the end of the 16th century, initially at Kraków, whence spirits were exported to Silesia before 1550.

Early production methods were rudimentary. The beverage was usually low-proof, and the distillation process had to be repeated several times (a three-stage distillation process was common). The first distillate was called brantówka, the second was szumówka, and the third was okowita (from aqua vitae), which generally contained 70–80% ABV. Then the beverage was watered down, yielding a simple vodka (30–35% ABV), or a stronger one if the watering was done using an alembic. The exact production methods were described in 1768 by Jan Paweł Biretowski and in 1774 by Jan Chryzostom Pasek. The late 18th century inaugurated the production of vodka from various unusual substances including even the carrot. Though there was a substantial vodka cottage industry in Poland back to the 16th century, the end of the 18th century marked the start of real industrial production of vodka in Poland (Kresy, the eastern part of Poland was controlled by the Russian empire at that time). Vodkas produced by the nobility and clergy became a mass product. The first industrial distillery was opened in 1782 in Lwów by J. A. Baczewski. He was soon followed by Jakub Haberfeld, who in 1804 established a factory at Oświęcim, and by Hartwig Kantorowicz, who started producing Wyborowa in 1823 at Poznań. The implementation of new technologies in the latter half of the 19th century, which allowed the production of clear vodkas, contributed to their success. The first rectification distillery was established in 1871. In 1925, the production of clear vodkas was made a Polish government monopoly. After World War II, all vodka distilleries were taken over by Poland’s Marxist–Leninist government. During the martial law of the 1980s, the sale of vodka was rationed. Following the success of the Solidarity movement and the abolition of single-party rule in Poland, many distilleries began struggling financially. Some filed for bankruptcy, but many were privatized, leading to the creation of various new brands.

A type of distilled liquor designated by the Russian word vodka came to Russia in the late 14th century. In 1386, the Genoese ambassadors brought the first aqua vitae (“the water of life”) to Moscow and presented it to Grand Duke Dmitry Donskoy. The liquid obtained by distillation of grape must was thought to be a concentrate and a “spirit” of wine (spiritus vini in Latin), whence came to the name of this substance in many European

languages (like English spirit, or Russian, spirt). According to a legend, around 1430, a monk named Isidore from Chudov Monastery inside the Moscow Kremlin made a recipe of the first Russian vodka. Having a special knowledge and distillation devices, he became the creator of a new, higher quality type of alcoholic beverage. This “bread wine”, as it was initially known, was for a long time produced exclusively in the Grand Duchy of Moscow and in no other principality of Rus’ (this situation persisted until the era of industrial production). Thus, this beverage was closely associated with Moscow.

The first written usage of the word vodka in an official Russian document in its modern meaning is dated by the decree of Empress Elizabeth of 8 June 1751, which regulated the ownership of vodka distilleries. By the 1860s, due to the government policy of promoting the consumption of state-manufactured vodka, it became the drink of choice for many Russians.

In 1863, the government monopoly on vodka production was repealed, causing prices to plummet and making vodka available even to low-income citizens. The taxes on vodka became a key element of government finances in Tsarist Russia, providing at times up to 40% of state revenue. By 1911, vodka comprised 89% of all alcohol consumed in Russia. This level has fluctuated somewhat during the 20th century but remained quite high at all times. The most recent estimates put it at 70% (2001). Today, some popular Russian vodka producers or brands are (amongst others) Stolichnaya and Russian Standard. Up until the 1950s, vodka was not used as a designation for Swedish distilled beverages, which were instead called brännvin (“burnwine”), the word having the same etymology as the Dutch Brandewijn, which is the base for the word brandy. This beverage has been produced in Sweden since the late 15th century, although the total production was still small in the 17th century. From the early 18th century, production expanded, although production was prohibited several times, during grain shortages. Although initially a grain product, potatoes started to be used in the production in the late 18th century and became dominant from the early 19th century. From the early 1870s, distillery equipment was improved.

After Sweden joined the European Union in 1995, the regulations were changed so that privately-owned companies could produce

Vodka may be distilled from any starch- or sugar-rich plant matter; most vodka today is produced from grains such as sorghum, corn, rye or wheat. Among grain vodkas, rye and wheat vodkas are generally considered superior. Some vodkas are made from potatoes, molasses, soybeans, grapes, rice, sugar beets and sometimes even byproducts of oil refining or wood pulp processing. In some Central European countries, such as Poland, some vodka is produced by just fermenting a solution of crystal sugar and yeast. In the European Union there are talks about the standardization of vodka, and the Vodka Belt countries insist that only spirits produced from grains, potato and sugar beet molasses be allowed to be branded as “vodka”, following the traditional methods of production.

In the United States, many vodkas are made from 95% pure grain alcohol produced in large quantities by agricultural-industrial giants Archer Daniels Midland, Grain Processing Corporation, and Midwest Grain Products (MGP). Bottlers purchase the base spirits in bulk, then filter, dilute, distribute and market the end product under a variety of vodka brand names. Similar methods are used in other regions such as Europe.

While most vodkas are unflavored, many flavored vodkas have been produced in traditional vodka-drinking areas, often as home-made recipes to improve vodka’s taste or for medicinal purposes. Flavorings include red pepper, ginger, fruit flavors, vanilla, chocolate (without sweetener), and cinnamon. In Russia, vodka flavored with honey and pepper, pertsovka in Russian, is also very popular. In Poland and Belarus, the leaves of the local bison grass are added to produce żubrówka (Polish) and zubrovka (Belarusian) vodka, with slightly sweet flavors and light amber colors. In Lithuania and Poland, a famous vodka containing honey is called krupnik.