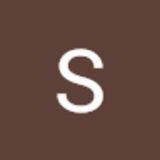 from Oct 2022
by Tarang Magazine

In May 2022, my wife and I decided to spend our summer in a new province in Canada, and thanks to a flexible remote work policy, we moved to St. John's, Newfoundland, and Labrador for July and August. While we hoped to be able to see whales and experience life in a windswept province shaped by fishing, colourful housing, and Irish and Celtic musicians, I least expected to hear and be genuinely inspired by Indian Classical music.

A week into our stay, we saw flyers promoting a festival called Sound Symposium as we walked the beautiful streets of St. John's. During the second week of me roaming the streets, I decided to pay some attention to this festival. As a Carnatic music student, a lecture demonstration on Mridangam by someone called Trichy Sankaran caught my eye. His demonstration was scheduled on Saturday at the Faculty of Music, Memorial University (MUN). A short bus ride brought me to the venue, and as I entered the Faculty of Music, I could hear the Mridangam. I followed the sound to enter a small auditorium and saw an elderly-looking musician sitting cross-legged on the stage and interacting with a few people. At the same time, others waited for the demonstration to start. He sat with a straight back and a pleasing smile, and his personality commanded respect and admiration by default. He had not spoken a word, but his demeanour already had me tuned in. In the next few minutes, the room filled in with MUN students, St. John's residents, and visiting musicians participating in the symposium.

Music Is In The Air

Mr. Sankaran began with a brief history of how he came to Canada. Along with John Higgins - an American musician and scholar known for his Carnatic music skills, he founded the Indian Music Studies program at York University in Toronto in 1971. Toronto had been home since then, and while he had retired from academic life, anyone could see that his zest for music was nowhere close to retirement. What followed was a 90-minute dialogue on the instrument's intricacies, exploring konnakols and different talas (beat cycles) in Carnatic Music, including a 128- beat tala.

It was fascinating to see him show how musicians use their bodies to remember such long rhythmic cycles and how he can visualize different talas taking on physical shapes. Reflecting now, I find the ability of musicians to visualize rhythm into shapes or forms and musical notes into colours as genuinely wondrous. I am sure science has a way to put an explanation to such abilities, but such descriptions, while expanding our ability to understand, do little viscerally and experientially and THANK GOD for that.

Sitting in the row in front of me was an Indian-looking couple who asked him questions about Konakkols and how the curriculum for learning Mridangam was structured. During their discussion, I understood that this couple was the dynamic duo of a tabla player and a Kathak dancer. As fellow participants in the Sound Symposium, they were fascinated by the rhythmic nuances of Carnatic music, and I wish I could better appreciate their line of curiosity. I did not know that I would admire their performance a few days later.

On Sunday, we bought tickets for the evening concert, and it was here that the dynamic duo that I had heard ask questions to Mr. Sankaran yesterday was to perform. The two-part concert was kickstarted by Beverly Johnston, a Marimba artist and an adjunct professor at the University of Toronto. Commanding a significant stage presence Ms. Johnston gave an experimental performance aptly titled ‘Finding Her Voice.’ I remember how she interspersed an inner monologue (voice and audio playback) with the live playing of the Marimba. The sound from the Marimba was new and enjoyable, and her virtuosity was evident.

The audience could feel her navigate through inner angst, and her performance ended on a high, where she destroyed some of the props as part of the act and returned to a soothing soundscape. While I admired her boldness, I was bemused by the vastness of the human experience and how it shapes artistic expression. It became a recurring theme during the festival for me.

After a 10-minute break, the second half of the concert opened with an introduction by Vineet Vyas, a tabla player originally from Nova Scotia. He had learned music from the Varanasi Gharana and was passionate and humble while introducing his playing style. Accompanied by a young budding guitarist – Dwit Hathi, and a talented and highly experienced pianist with a calming stage presence – Bill Brennan, the trio played for half an hour to a room full of an audience whom I felt was enjoying the cultural tourism that Indian musicians promote so well.

He played the teen taal with great vigour, and the music was rich and magnificent. The sound of the piercing tabla was complimented by a meditative base melody of guitar and piano, and the music created felt like the kind of global music which is inclusive and inviting. The trio built a natural crescendo which beautifully enhanced the riveting entrance by Bageshree Vaze.

Ms. Vaze, a trained Kathak dancer, was magnificent. A highlight for me, besides her dance, was her incredible adeptness in engaging the audience.

Throughout the performance, she spoke about the art form in small bits and rapidly followed it with beautiful dance moves. Her chakkars (spins/turns) were, to my non-specialist eyes, spontaneous combustion of energy amplified by the sounds of the ghungroo (metallic bells strung together to form a musical anklet) and uplifted by the tabla.

It was not a moment of dormant patriotism where I, as an Indian living outside my country, felt pride for the art forms birthed within my country. It was instead a matter of uplifting pride to see an artist take the best from India and showcase it globally and, most excitingly, be able to communicate effectively and display the intricate beauty of these soulful art forms.

The sublime base melody was kept simple to support the layered and complex Tabla-Kathak performance. An entertaining 45 minutes later – the concert ended, and the artists thanked the attendees and paid their gratitude to Mr. Trichy Sankaran, who was also in attendance. I am not sure, but along with giving Mr. Sankaran the highest of compliments, they also sought his blessings by touching his feet, which I am sure left many in the audience wondering about Indian culture.

Two Down, Three To go

I had no idea I would like these concerts so much that I would book our tickets for the Monday night concert. It was time to hear Mr. Sankaran’s student – Curtis Andrews, play a concert. Despite being a Monday night, the people of St. John’s showed up and filled out all the seats. The concert titled ‘Offerings of Curtis Andrews’ had Trichy Sankaran on the Mridangam, Curtis Andrews on the drums, Jared Burrows on the guitar, and Patrick Boyle on the trumpet.

Curtis came across as a musician and student who had bridged the cultural gap and gave a heartfelt introduction to his mentor Mr. Sankaran who happened to be celebrating his 80th birthday. The music that followed felt like a gentle giant who was walking at dusk, and this giant was equally celebratory and contemplative. It was solemn and peppy at the same time. The pairing of the trumpet with the mridangam supported by the subtle cymbals and well-laid-out guitar melody made me feel warm, solid, and at ease. I remember smiling.

On Tuesday afternoon, was a workshop by Ms. Vaze and Mr. Vyas. As an older Carnatic music student who grew up in Delhi, I had struggled with Tala and felt that my understanding of rhythm needed more work.

I signed up for the workshop hoping to deepen my rhythmic sensibilities, and after carving out 90 minutes from my workday, I made it just in time. Mr. Vyas demonstrated with excellent clarity some of the different rhythmic cycles in Hindustani music and the various tempos that musicians play with.

When it came to Ms. Vaze’s demonstration, she asked us to remove our shoes and come to the stage to experience Kathak for ourselves. There were two men, including myself, in the mix. We both looked at ourselves and decided to go for it.

Beginning with a Vandana (a prayer to the divine almighty), we tried different hand postures while planting our feet firmly into the ground and keeping as straight a spine as possible. At one point, I felt rather incapable and counted how many fingers were in my right hand. My two left while remained as two left feet; I felt admiration for the first time for Indian dancers. The posture, the balance, and the strong and precise hand and foot movements were powerful and remarkable. The chakkars (spins/turns) that are a core feature of Kathak were fun to try and dizzying. We all shared a smile, and I still could not believe I had tried it.

The evening concert on Tuesday was headlined by the percussion ensemble Nexus, who were performing the World premiere of ‘Red River,’ a 5-movement composition by Russel Hartenberger. Mr. Hartenberger is Professor Emeritus and former Dean of the Faculty of Music, University of Toronto. I had the opportunity to attend his workshop on rhythmic similarities between different musical systems. While I could not grasp 95% of what he shared in the workshop, I was fascinated by his scholarly personality and was keen to hear his composition’s premier.

Red River was inspired by the sounds of the river that he grew up next to and was performed by 12 percussionists and marimba players. The cascading sounds of flowing water were so well built up, so well captured by the artists, that for many moments in that packed hall, I felt that the walls would come down with gushing water from all ends. It was one of the most prominent sounds I had ever experienced, and I hope to hear him again.

Looking back, I have renewed faith and strongly feel that there is space for Indian Arts to open their arms to external influences and lead. I challenge our artists to look past our notions of purity and what is sacrilegious and co-create as all artists that I heard and found good had a sound that was sincere and earned with hard work. Our arts can spark imagination beyond today's intelligent and rational sensibilities, and I feel global musicians love collaborating with Indian musicians for this reason.

This story is from:
Oct 2022
by Tarang Magazine