from SYNERGY 2021
by Gainesville Black Professionals 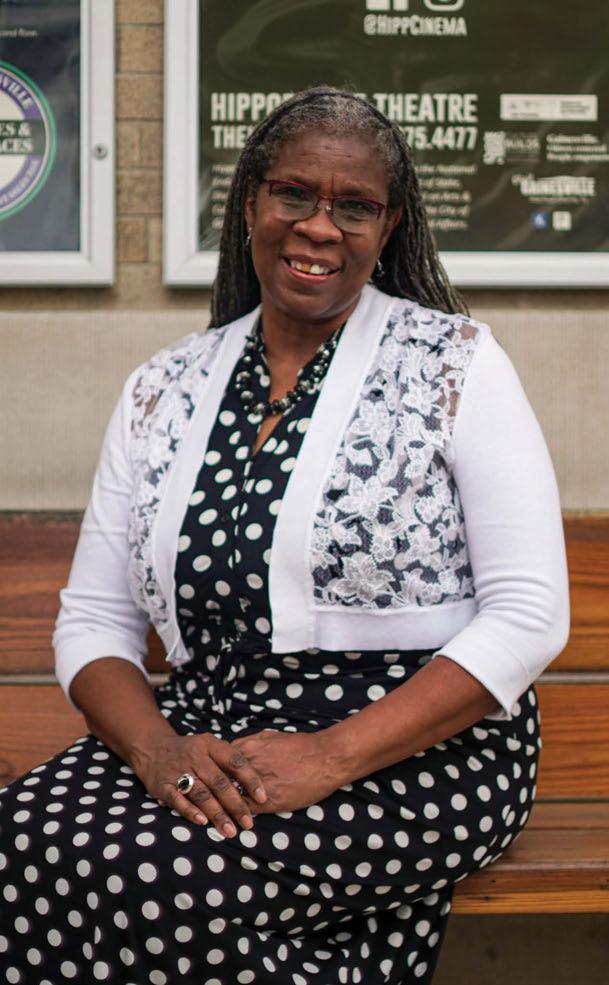 Deep family roots hold a Gainesville resident secure to the community she works to protect.

As a descendant of one the earliest families to put down roots in the now historic Pleasant Street district over 100 years ago, Desmon Duncan- Walker fights against gentrification and inequitable housing in one of Gainesville’s first Black settlements today.

She founded Gainesville Alliance for Equitable Development (GAED) in 2018 ― an organization of community advocates dedicated to improving quality of life outcomes for the most vulnerable ― as a way to protect its history while ensuring development of affordable housing for residents there.

GAED is credited for launching the “Stand for Seminary Lane” campaign and Gainesville’s Black Communities Matter movement in 2020.

“We began with the challenging but important undertaking to protect the historic Fifth Avenue community and to ensure that the former displaced residents of the affordable housing complex ― Seminary Lane ― would be able to return to the homes they were promised would be rebuilt for them,” Duncan-Walker said.

When demolished in 2009 after the buildings fell into disrepair, the Gainesville Housing Authority promised to rebuild them but today considers a proposal for luxury student housing from an Orlando developer.

in June 2020, to remind City officials of its promise and bring attention to the situation with media coverage.

“I do enjoy this work because it mobilizes and empowers citizens to be proactive in strengthening their communities,” she said. “We address issues like gentrification and the affordable housing crisis.”

Duncan-Walker said while this effort has been its primary focus to date, it is not the entire scope of its work, which includes all of Gainesville’s historical Black neighborhoods.

“We are laying the foundation and building capacity for GAED to live out its broader mission of development without displacement, historic preservation, and affordable housing in an effort to improve quality of life outcomes for the most vulnerable.”

It currently watches a proposed development moratorium on major development in Pleasant Street and other East Gainesville areas that would limit most development to affordable housing, small retail stores and health care and other health service/ products buildings.

“Seeing the community reinvigorated (by our programs, efforts and advocacy) and emboldened to take its future into its own hands” has been the most satisfying part of her work, she said.

Starting an organization composed of community activists can be daunting, but Duncan-Walker was encouraged to move forward by the can-do attitude of her community.

“Seeing the needs and the desires of our historic and vulnerable communities going overlooked but seeing the indomitable spirit of these communities, their knowledge, wisdom, courage and energy gives me the courage to work with and for them.” Goal-setting has been essential in her journey.

“It has allowed me to dream big, set ambitious benchmarks for GAED and gauge our progress. Goalsetting has let us know what we’ve done well and what we can improve,” she said.

Vision, empathy, the ability to listen and communicate effectively along with integrity and resilience are the qualities Duncan-Walker said are necessary qualities to succeed in community work.

In addition, a leader needs to work hand-in-hand with community members to find the best solutions, she said, placing them first and providing a platform for them to express their needs and concerns.

“When the odds appear to be stacked against you and obstacles arise that would impede your progress, don’t quit,” she said. “I have learned that perseverance in the face of adversity pays off.”

For those unfamiliar with Duncan-Walker, not only did she grow up in the Alachua County community, but she has professional and religious ties here today. She and her family have been members of the Mount Pleasant United Methodist Church, an epi-center of the Fifth Avenue/Pleasant Street neighborhood for over 150 years.

Her 94-year-old grandfather, Collins Duncan, continues to operate Duncan Brothers Funeral Home, which was established in 1953. She assists her mother, Iris Duncan, with administrative duties and serves as mortuary makeup artist and funeral service attendant.

She credits her parents and her grandparents for her successes in life.

“My parents and grandparents each individually poured into me and instilled different values that encouraged me,” she said. “Whatever success I have attained is directly linked to their guidance and influence in my life.”

Desmon is currently working on her first book about the gentrification of Gainesville’s historic Black communities that culminates years of sharing her insight about Black communities, history and culture at conferences and public venues.

Beyond her career in arts administration and management, Duncan- Walker is an award-winning actress, singer, director, public speaker and the former writer, producer and talk show host for the Alachua County NAACP’s radio show “The Voice” on Magic 101.3. Her most fulfilling artistic accomplishment to date was directing award winning actor and political activist Danny Glover in an original play entitled “From the Front Porch” at the Miami Arena. She is excited about her latest project that is in preproduction: a documentary about the gentrification of Gainesville’s African American communities.

Her biggest challenge is making sure she takes the time for adequate self-care with her busy schedule.

“Whether it’s assisting at my grandfather’s business or working with the GAED ― my work can be all consuming,” she said.

“2020 has been the most challenging year I have seen,” she said. “It has strengthened my resolve, however, that our work in the community is not only necessary but that through the power, strength and will of the community, our goals are attainable.”

This story is from:
SYNERGY 2021
by Gainesville Black Professionals