THIS MONTH WE SUPPORT 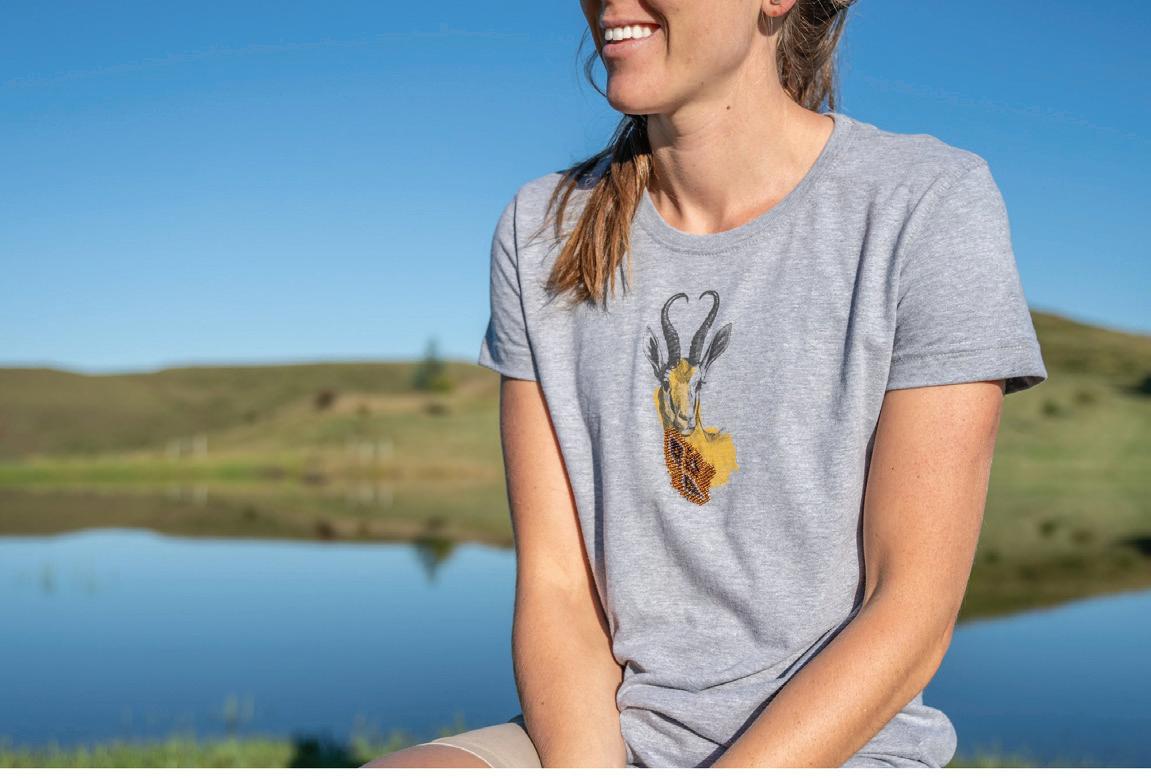 TEE WITH A SOCIAL TWIST

“Plastic packets which may have been destined for the sea or stuck in a tree branch are being turned into sought- after fashionable items and putting food on the table of many Durban women.

Beach bags, hats and even pot-plant holders are being fashioned from waste plastic, in a project run by the Magic Bean Foundation. Set up by Glenashley friends Lorraine Evans and Shelley Stievenart, this aims to uplift people using sustainable principles and helping the environment at the same time.

“It started off when I wanted to teach my sons to knit so they could knit items for the homeless. Lorraine and I then got talking and we decided we could do something bigger to help others, and Magic Bean Foundation was born in 2016,” said Stievenart.

For their first project, they teamed up with uMlazi-based Vimba Indlala Siyephambili organisation to host a training workshop with women from uMlazi, where they were taught the art of “plarning”, which refers to cutting strips of plastics and using them to knit or crochet.

“We thought that this would be a good way to use up unwanted plastics, which is good for the environment, and create items that can be sold and generate an income for needy people, mostly women,” said Evans. About a dozen women in uMlazi work on creating the products, and are supporting their families on the proceeds.

“To create one sling bag, we use about 20 shopping bags and about 30 bread bags, and the beach bags use three times more.

“We need many, many packets to make these items, and it takes a lot of time to make them by hand.

“It’s not easy to knit or crochet with plastic strips compared to wool, so it is a process. However, there is a demand for these items as people become more environmentally aware,” said Stievenart. The foundation regularly displays and sells their work at the Lifestyle shopping centre in Ballito. Nozipho Mbatha, one of the women who does “plarning”, said she was very happy to be involved in the project.

“We are able to feed our families with the money we make from the sales of the bags.

“It takes between five and six hours to make one bag, so this is full-time work for us. But the money comes directly to us and we are able to provide for our families,” she said.