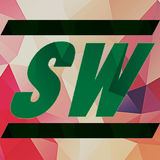 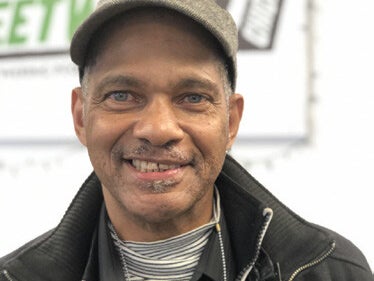 Vendor A. Allen on DuSable
by Suzanne Hanney

The Cook County Board unanimously passed the Residential Tenant Landlord Ordinance (RTLO), January 28, extending guidelines and protections to renters and landlords in 245,000 suburban households like those that have existed in Chicago since 1986 and more recently, in Evanston and Mount Prospect.

“For the hundreds of thousands of renters across Cook County, this will mean that more people are able to stay in their homes at the time they need support the most,” said Cook County Board President Toni Preckwinkle.

Britton said during a December press conference that when he was elected to the board in 2018, 30 people in unincorporated Glenview – people on respirators and with special needs children – were having a huge problem with a landlord regarding mold, heat and air conditioning.

“There was no recourse for them to deal with it other than move. It’s much more problematic for people at lower income strata of society. It was up to us to address constant problems with some bad apples, because people were dealing with unfair fees, entry without notice, basic repairs that don’t get done.”

Maria Ocampo described during the press conference how her Maywood landlord in 2006 hid rather than return her security deposit. She took him to court and was only granted a portion. There were also times she didn’t have heat.

Physical lockouts and utility shut-offs to push tenants out of units are illegal in Chicago, as is landlord retaliation for complaints; suburban renters should not face housing insecurity because they lack the same fair protections, Morrison said at the December event. “No one should be locked out of their homes, especially now.”

Britton said they began crafting the ordinance before the pandemic and made 20 changes based on input from realtors, landlord and property owners’ groups since it was proposed in July. He and Morrison have also worked with housing advocates, tenants’ rights and legal aid groups, as well as Cook County Commissioner Peter Silvestri, chairman of the Zoning and Building Committee, to ensure the RTLO protects both tenants and landlords.

“Renters’ rights are a matter of fairness and equality, and despite heavy opposition, I’m proud my colleagues today stood up for vulnerable and low-income renters during this moment of crisis,” Morrison said of the 16-member board after the unanimous vote.

“Across Suburban Cook County, people with disabilities often have to search for months, if not years, to find a housing unit that meets their needs, is accessible and is affordable,” said Larry Biondi, manager of advocacy at Progress Center for Independent Living. “Because housing is such a precious commodity, it is important that we have regulations such as the RTLO, which helps ensure that people with disabilities have the protections to maintain their housing.”

The RTLO goes into effect June 1, but the anti-lockout provision takes effect immediately. The RTLO:

• Provides consistency on how and when landlords can safely evict renters

• Prohibits lease terms that waive written notices, rights to a trial, and disclosures

• Improves procedures for completing minor repairs in a timely manner