The Secret to Taking Over TikTok 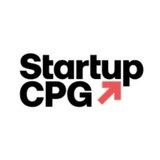 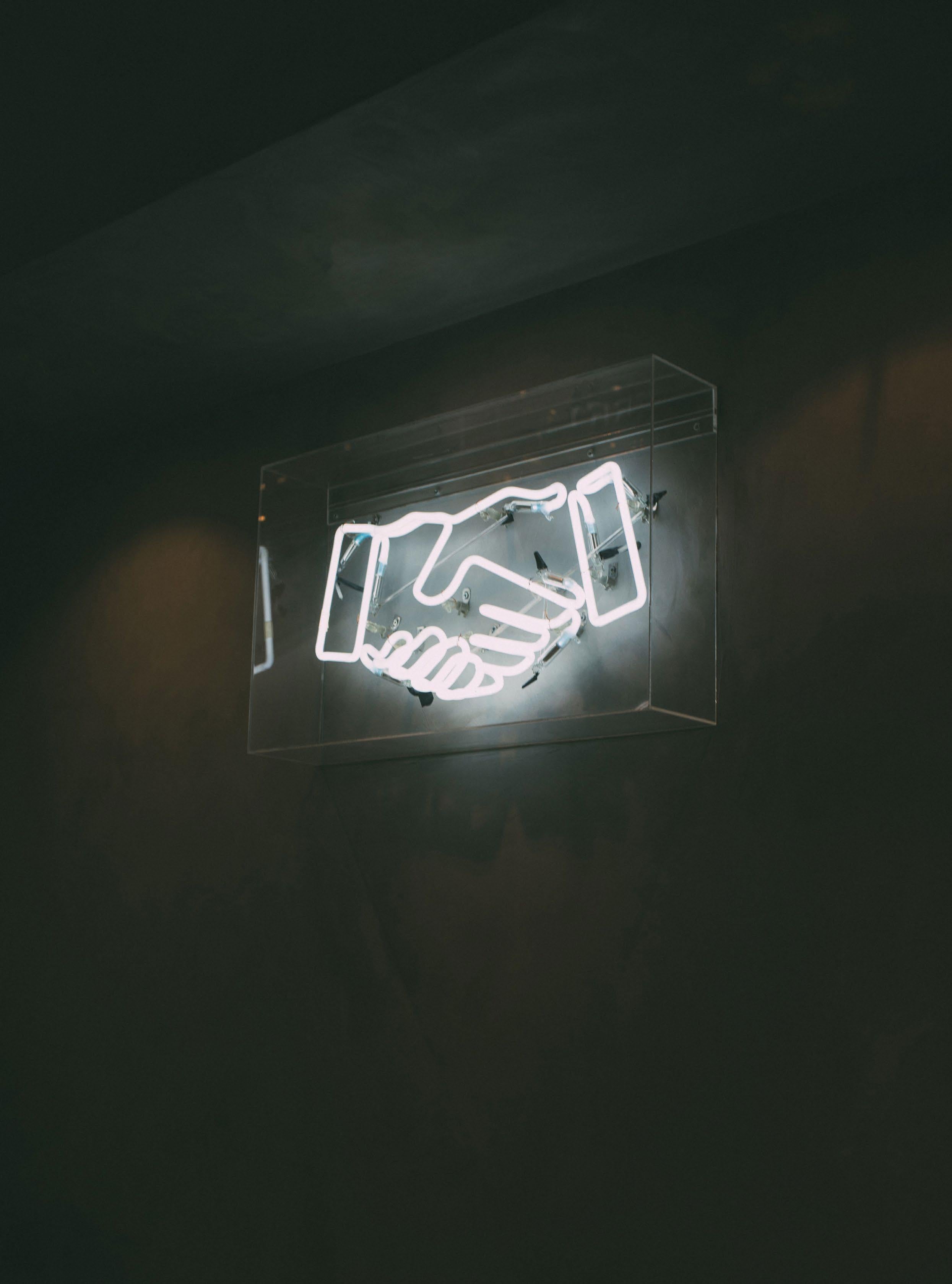 Having your small business go “viral” on social media often sounds as probable as winning the lottery. While we regularly hear of viral marketing success stories, it’s easy to feel detached from them. It’s as though the subject simply “cracked the code” or is in on a “secret” that the rest of us couldn’t possibly understand. Rather than spending all of our time trying to figure out a formula, it feels safer to focus time and money on marketing techniques that guarantee ROI — missing out on a potential overnight success story in exchange for steady growth. But what if “going viral” wasn’t such a secret?

When Erica Rankin founded her own protein cookie dough business in 2020, she never could have predicted the immense impact that a little new app called TikTok could have on her one-woman business. In just two short months, the Founder and CEO of Bro Dough watched her business’s TikTok account skyrocket from zero followers to 40,000+ followers and her sales doubled — without ever hiring out or spending a dime on ads. Today, her TikTok account has reached over 130,000 followers, which she notes “is four times the size of [her] hometown.” Now, she is eager to share her best TikTok tips with the Startup CPG community. You’re going to want to grab a notepad for this one.

Erica focused on putting her face in front of the brand. Her videos show the behind-the-scenes of owning a small business or tell her personal founder story through humor. While her product is featured in many of her videos, her most viral videos never feel like an ad. In fact, 33% of TikTok’s top performing ads break the fourth wall with a narrator who speaks directly to the camera (source: TikTok for Business). While TikTok is an entertainment app, users expect people-centric content with a user-generated feel, rather than a professional, studio feel. And though TikTok may feel unapproachable, this fact alone is precisely why small business owners on TikTok have the potential to be just as successful, if not more, than household names.

On other platforms, posting every day, let alone three times a day, would be a faux pas. But on TikTok, the more you’re posting, the more likely you are to go viral. Erica posts one to three times per day, and has found that regular posting was the key element that took her account off the ground. Regular posting makes you more likely to end up on someone’s For You Page, or the discovery page on TikTok where users spend most of their time. The more content, the merrier.

When it comes to regular engagement, Erica sets aside 20-30 minutes a day to reply to comments and messages in the platform. This quick effort can have a huge impact. It demonstrates Erica’s devotion to customer service and builds a community that feels personally connected to the person behind the brand.

The TikTok algorithm rewards those that stick with the trends. While you may get excited by the wealth of sounds you can use as audio for your TikToks, your favorite songs or DIY sounds likely won’t get you discovered. Instead, Erica recommends utilizing the Viral button that pops up when you’re making a video on the app. This shows you which sounds are currently viral. You can also look up other videos. “I often search the hashtag #smallbusiness and scroll on that search result. This helps me find sounds, either music or voiceovers, that other successful small businesses have been using to go viral. I favorite these videos to keep the sounds for my future content.”

Erica recommends using hashtags that are more specific or tailored to your content, with fewer videos. “For example, instead of using the hashtag ‘#cookiedough’ I use ‘#proteincookiedough’. The goal with a hashtag, is when someone searches these, you want your video to appear at the top of the page where it will be seen. If there are millions of videos under a hashtag (like #foryoupage or #fyp), your video will get lost.”

Think of this as TikTok SEO: the most engaged-with videos of each hashtag will appear at the top of that search. These specific hashtags will also help you engage with the right audience. If Erica limited her hashtag to #cookiedough, she may miss those looking for high-protein sweet treat alternatives. If she limited her hashtag to #protein, she may miss those who are looking to satisfy their sweet tooth.

As the self-proclaimed “Chief Everything Officer’’ of Bro Dough, Erica knows that time is often the scarcest resource, next to capital. The trade-off is often why people outsource content creation; they choose to save the time and spend the capital. But Erica decided to save the cash and instead streamline the creation process. Her best tip? Time block. Erica sets aside about two hours on two days a week to make as many TikToks as she can. “That’s why in a lot of my TikToks, I have the same outfit on. I do them all at once, and then save the drafts and upload them throughout the week.”

For inspiration, she scrolls through TikTok at night and favorites content that performed well for other businesses. On her content creating days, she goes back to her favorited videos and uses the sounds to make her own content.

TikTok is setting trends for the social media landscape. Instagram now has Reels, YouTube has Shorts, and the list will likely continue to grow. If you’re already strapped for time, Erica recommends repurposing all TikToks for other platforms. “I’ve never actually made a Reel for Instagram. Instead, I take my TikTok and put them on Instagram as Reels.” Because Instagram’s algorithm prioritizes content made on their app, she uses a website called snaptik.com that allows you to remove the watermark from your downloaded TikTok content. Erica also often repurposes TikToks on LinkedIn posts to humanize and add character to an often overly-professional platform.

Capitalize on someone else’s success.

Erica’s most successful TikTok ever wasn’t originally hers. An often underutilized feature of TikTok is stitching, which allows creators to add their own video to someone else’s original content. Erica recommends finding another viral TikTok, one with thousands or even millions of views, and clicking the Stitch button to add your own content to the end of it. “There was this viral video on slime that looked just like cookie dough. It had millions of views, so I stitched it with my reaction as a real cookie dough business owner. It got over 2 million views and took me seconds to make.”

While stitching puts your video at the end of another video clip, “duetting” is the function on TikTok that allows you to put your video and another video side-by-side at the same time. Erica uses this function to amplify customer reviews and show her customers how much she appreciates their engagement. She duets customer review videos with her live reaction to their review. “If customers see that I posted a video with another customer reviewing my product, they will be more likely to post a review, too, in hopes of getting featured on my page.”

Respond to comments with a video.

When you get a comment on a TikTok (especially a viral one) that receives a lot of likes, it’s smart to respond to it with a video. There is a function on TikTok that allows you to “reply with a video”, which creates a new TikTok with the referenced comment on the screen. “Most people who see the viral video will see your reply to the top comment, and then go view that video as well,” Erica says. This helps increase views, but also shows that you are dedicated to personal customer service.

Engage with other small businesses.

The best performing TikToks are often the shortest. This is because TikTok prioritizes videos that were watched multiple times and videos that are watched all the way or most of the way through. When you make a very short video, users often accidentally rewatch it. And because the average attention span for a Gen Z user in 2021 is around eight seconds, keeping videos at or around that length is your best bet. If someone watches six seconds of a seven second video, that will be registered by the algorithm as a quality video and will be pushed to more screens than a minute-long video that was only watched for six seconds.

To accelerate community building, Erica suggests creating a TikTok asking your customers to engage with the video (like, comment or follow) for a chance to win free product. More people will engage for the opportunity of free product, which creates a snowball of increased visibility; the algorithm pushes highly engaged-with content on the For You Page.

When working with TikTok influencers, you may encounter some cost barriers. Creators on TikTok are often charging hundreds of dollars for a single video. For some, this may be worth the investment. But Erica has a few suggestions to maximize that investment. Firstly, if you do choose to invest, she recommends agreeing on a metric goal. For instance, if the influencer charges $500 for a post, you would pay $250 upfront and the remaining $250 after the video gets, say, 500,000 views.

While it can be difficult to measure ROI from a post (TikTok still doesn’t integrate with Shopify), Erica has noticed an instant increase in sales the morning after posting a viral TikTok. She also looks into where the traffic on her Shopify came from, and often sees that it came from Instagram which is linked in her TikTok bio. Another option is creating a unique website link to put in a TikTok bio to accurately reflect sales from TikTok.

When Erica Rankin started her TikTok account, she never anticipated that it would contribute to Bro Dough’s success to the degree that it has. In just one month of regular posting, Bro Dough orders doubled. By taking a people-centric, product-second, casual approach to content marketing, Erica has turned customers into fans. Her loyal followers are eager to engage with her in the comments, to tag her in videos, and to incessantly beg her to start shipping her product internationally. An ad may buy a one-time customer. But a strong following and charismatic social presence can buy a lifetime fan and repeat purchaser. The next time you’re debating between spending the money or the time, consider taking a page out of Erica’s book. Sometimes the scrappiest techniques build the best brands.

Erica is a 26 year old fitness advocate from a small town in Ontario, Canada. Wanting to live a healthier lifestyle, she became passionate about recreating her favourite treats and putting a healthy spin on them. She started to develop an interest in weight lifting and nutrition, and was really drawn to the fitness community. As time went on, she became greatly interested in betterfor-you foods, and trying to lead a more plant-based lifestyle. She noticed there was a gap in the market for an improved version of a nostalgic treat - cookie dough. This led to the development of Bro Dough and she bridged that gap, by creating a 100% vegan, plant-based, protein infused edible cookie dough that is lower in sugar. She wanted to take this treat and transform it into something individuals could enjoy without sacrificing their health or fitness goals.

This story is from:
The Spotlight Summer 2021 - Startup CPG
by Startup CPG