Vicki Davis NORMANITE IN THE SPOTLIGHT 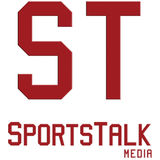 As far as Vicki Davis knows, her family has always lived in Norman.

The Davises met at Southwestern Oklahoma State University in Weatherford, where she attended college for a year. Once they married, they decided to return to Norman, where they started working full time.

They moved into the house that her grandfather had built for his parents. Once they had their two sons, Tyler and Colton, they needed more space, but wanted to stay on the land.

"My whole like has been spent in that four-mile radius,” Davis said. “We decided to basically add on an entire new house instead of starting from scratch.”

Her family roots also run deep at Johnson Controls, where Davis has worked for 28 years, the past five as the plant operations manager. In her current role, Davis is responsible for the plant, where air conditioning units are produced by more than 700 employees.

Davis’ mom, Dorothy Wren, joined Johnson Controls when Davis was two years old and now she works as the safety supervisor. Kelly works in the manufacturing engineering department, while their youngest son is in the company’s IT department.

For Davis, the primary reason she has built a career at Johnson Controls is that it’s a good company to work for. She has had many opportunities to advance, since she started out on the shop floor.

“They’re really good about promoting from within, looking at the talent they have and putting opportunities in front of you if that’s what you want to do,” Davis said. “That kind of lends itself to staying because they’re constantly looking to develop talent within Johnson Controls.”

Davis is involved with several community groups, especially as it relates to Johnson Controls. Right now, she is on the board of directors for United Way and the Norman Chamber of Commerce. Recently, Davis was awarded the 2020 Women’s Leadership Award from the chamber.

In their free time, Davis and her husband like taking their recreational vehicle on long weekend camping trips to different areas around Oklahoma. The couple especially enjoys Roman Nose State Park and Black Mesa State Park, near his hometown of Boise City.

Having such deep roots in Norman provides a comforting feeling to Davis, and she appreciates living in a community that has the small-town feel but also the big-city amenities. With both of her sons living in the area, it appears as if Davis’ Norman family history will continue. As for Davis, she has no desire to leave anytime soon.

“With my job, there are always opportunities for me to go other places if I wanted to,” Davis said. “I’ve always liked Norman though. If it was the right opportunity for me, I might consider going someplace else for work, but I’ve been lucky, and I’ve not had to move away.” – BSM

This story is from:
Boyd Street Magazine March 2020
by SportsTalkMedia