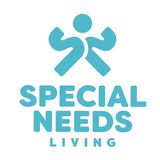 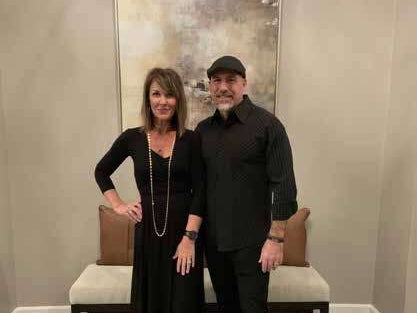 When Ben McVey was about 14, he began to show symptoms of serious emotional problems. At first, his parents thought it was typical teenage angst. Not long afterward, though, he was diagnosed with bipolar disorder. By the time he was a freshman in a Central Indiana high school, he was in complete crisis. He couldn’t get out of bed; couldn’t handle schoolwork; was at constant war with his parents and siblings; and was angry, violent, and resentful.

One day, Ben’s counselor told his parents, “It’s a shame he isn’t growing up on a farm. He needs to live in a very quiet, remote, isolated, gentle environment, where he can feel safe and be removed from the sources of stress around him.” Ben loved horses and to raise his spirits, the family traveled to Wyoming to visit a remote ranch where Ben’s favorite mare had family roots. Ben seemed to thrive on the trip. After returning, Ben’s father picked up the phone to ask the Wyoming family if they needed a ranch hand. It was a last-ditch attempt to try to do what the counselor suggested. The ranch family agreed to help and host Ben. That led to an 18-month adventure that made a positive impact on Ben’s life. His stay on the ranch and his time working with horses seemed to completely reset him, restore his self-confidence and renew his interest in life.

When Ben returned home, he earned his high school diploma, got a job, and started attending night classes at a community college. Sadly, Ben died in 2015 at the age of 24 from an accidental overdose – ending his 10 years of suffering from bipolar disorder.

To honor his memory, and leverage the healing power of animals and nature to assist other struggling teens, Ben’s father, well-known businessman Brose McVey, took his pain and grief and founded Ben’s Ranch Foundation in 2015. The nonprofit helps give other kids the peace that Ben found on that Wyoming ranch. The organization has grown steadily since it became operational in 2017.

Ben’s Ranch partners with stables, farms, and equestrian facilities around Central Indiana to connect struggling teens with paid internships. McVey says the internships give the kids direction, purpose and a feeling of accomplishment – just like Ben experienced.

“We are not a medical or therapy program,” said McVey. “But we provide valuable complementary assistance for teens struggling. Study after study shows that nature has a powerful effect on mental health and well-being. Many of the families we serve come to us when they are out of options and don’t know where to turn. They are grateful to have another helpful option that engages the kids’ senses physically and emotionally.” The organization has seen demand steadily increase.

“Ben’s story wasn’t unique,” said McVey. “One in five young people experience mental health issues ranging from depression and anxiety to severe schizophrenia or bipolar disorder. The numbers are quickly skyrocketing with the pandemic and the isolation it’s brought to many teens.” In fact, emergency rooms around the country have been inundated with young people in crisis.

A recent national study of medical records and insurance claims by FAIR Health found that total mental health claims for those 13 to 18 years old doubled during March and April of 2020 compared to the same two months in 2019. Also in the 13–18 age group, in April 2020, major depressive disorder health insurance claims increased nearly 84 percent, and generalized anxiety disorder claims rose nearly 94 percent. In general, the 19- to 22-year-old age group had mental health trends similar to the younger kids.

One of Ben’s Ranch Foundation’s partners is Morning Dove Therapeutic Riding in Zionsville. Executive Director Brad Schleppi says the center has partnered with Ben’s Ranch to provide internship opportunities for local teens. “Morning Dove Therapeutic Riding employs Ben’s Ranch teens part-time around the farm to help with morning and weekend chores,” said Schleppi. “We believe this partnership is an incredible asset and brings our community closer together.”

The results have been encouraging. One father whose son was an intern at Morning Dove said there was a pretty dramatic change in the short five months his son worked weekends there. “He’s a different kid. Before he came out here, one of the things he struggled with was self-esteem. He felt like he needed to be needed. Coming out to the ranch and doing the work that he’s done, given the responsibilities he’s been given, makes him realize ‘I can do these things, I am valuable and it’s because of me and what I can contribute.’ There’s a lot of self-confidence there.”

Ben’s Ranch Foundation is steadily increasing the number of teens it serves and is currently accepting applications for internships on its website. The organization is also actively recruiting more hosts to try to fill the need. McVey says the organization is busy planning fundraising events for the year including its annual Sporting Clays Event and Barbecue on September 23, 2021, at the Indiana Gun Club. He’s also working on a new signature event designed for the whole family that will be unveiled later this year.

Do you run a non-profit? Would you like to be a part of the non-profit spotlight or nominate someone else to be in an upcoming issue of Special Needs Living? Email us at SpecialNeedsLivingIndy@n2pub.com.

Who’s watching your cat during your next vacation?