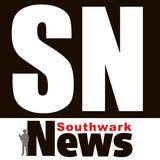 from The South Londoner - September 2021
by Urban Media London 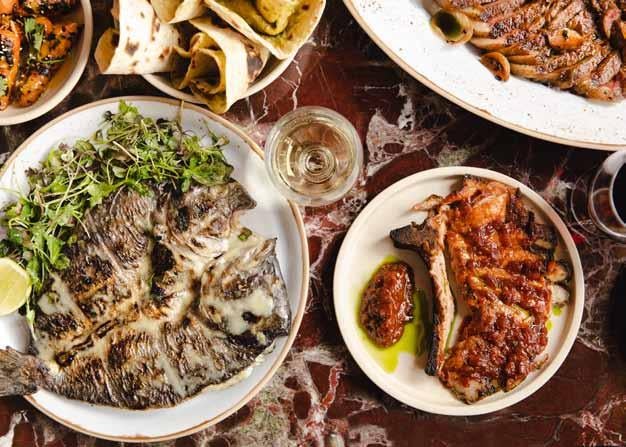 Singer-songwriter Kelli-Leigh should be one of the most famous British artists in music right now. The vocalist on number one singles I Got You by Duke Dumont and I Wanna Feel by Second City, she’s already smashed the international charts - but struggled to gain recognition as an artist in her own right. Not for long. With her own flourishing record label and new single Feelin’ U scoring more than a million streams already, Kelli-Leigh won’t be in ‘the next big thing’ for long. She talks to the South Londoner about growing up in Gypsy Hill, touring with Adele and changing the music industry from within.

Tell us about you - were you born with a microphone?

I'm south London born and bred. I grew up in Gypsy Hill and Crystal Palace, in a working class home. My mum is a singer, my uncle is a singer and another uncle is a drummer. Music is in my blood, really.

Singing has been my everything. I was badly bullied at school, but the one thing they wouldn’t bully me for was my singing. It was my safety net.

Growing up, I always dreamt of being a singer, but wasn't sure how to get there. I went to the Brit School, which at that time was the only free performing arts school in the UK. My class had Leona Lewis, Katie Melua, Luke from The Kooks… It was a mental class to be in, watching everyone blow up and do amazing things.

I was a backing singer first, touring with Leona and Adele at the Grammys, the Oscars, the Royal Albert Hall. Then in 2013, I had a car accident in south London, on the road between Catford and Bromley. I was in a wheelchair with a severely prolapsed disc. But everything happens for a reason - my backing singing career was stopped in its tracks, and then Duke Dumont asked me to sing I Got U and it went to number one. I decided to take a chance on myself at that point.

How would you describe your music, and influences?

My music is quite eclectic - I call it ‘anthemic pop’. I took inspiration from stealing my mum’s

Skunk Anansie CDs as a teenager, to Whitney, Ella Fitzgerald, reggae, U2... I feel like a lot of my music has soul, because that’s what comforted me growing up, and moved me emotionally. I love the emotive sound of any singer that can make you feel something; I really try to put that in my music. Of course, sometimes you just want a banging dance record!

You’ve toured with some incredible artists. What was it like being on the road with Adele?

It was my first ever tour, my first ever time in America. I was wide eyed! Touring in itself is so strange because you’re with a bunch of people you don’t know, living together on a bus and in and out of hotels. You become each other's lives for however many months you're together. It’s mad.

What really stood out was just how well Adele believes in herself. Seeing the audience singing back her songs, that she’s poured her heart into, was so inspiring. That's why I wanted to back myself - I knew if I continued as backing singer, that’s all I’d ever be. Backing singers are incredible, but in the music industry you’re not seen as both that and a solo artist. You have to choose. My dream since I was a child was to be an artist for myself - I had lyrics I wanted to write, a sound I wanted to put across by someone who looks and sounds like me, and it was important for me to do that.

Now I’m performing my own shows, and I’m seeing people sing back lyrics that I’ve written. It means the world to me, because it shows that I was right to back myself and give myself the opportunity. That feeling is a rush, a high; it’s energy transferred with the crowd.

How did it feel when I Got U was nominated for a Grammy?

Insane, to be honest! And surreal, because a lot of people thought it was Whitney singing, which is a huge compliment as she’s one of my biggest idols. But at the same time, the biggest regret of that record is that my name isn’t on it, anywhere. I realised how green I was, going from being really grateful that I got paid to sing it to realising: hold on a minute, my vocal is being taken advantage of here and no one's looking out for my rights. A lot of singers, especially singers who are black or mixed race or of low income, and who don’t have managers or teams and protection, are going into situations where they're recording something and not realising what the wider implications are. I didn’t discover that until a year or so ago - on I Got U and all these other records, I wasn't receiving the right royalties.

The industry needs to be more aware. I’ve just put out a document with the Musicians Union for sessions singers and featured artists to distinguish what your rights should be.I’m really proud of it.

“south London is a place I'm so proud of. there are so many amazingly talented people who’ve come from here, because when you come from a place of adversity and it's harder to move fast, you become more creative”

Tell us about starting Music Core. Why strike out on your own?

I’ve sung on three top ten singles, but I had to set up my own label to be recognised and respected. That’s a big issue for women in music - we’re treated as less than our male counterparts.

I was about to change my name and become a whole different type of artist - I was fed up with dance music. Labels weren’t interested in me, but they were interested in me singing for male DJproducers. I was getting more and more frustrated by people sliding into my DMs to ask me to do something for them. I was so down by that point, constantly thinking: what more do I need to do to prove that I'm a viable artist? So I thought: I’m going to have to do this for myself.

In hindsight, I had no clue what I was doing. There’s no user manual for artists setting up by themselves! But for all the craziness and misgivings, it felt so empowering to hear my songs on the radio. I knew I was doing the right thing. It does make me think of little me, in the flat I grew up in in south London, singing into a hairbrush… I want to say to her: “You can do this one day.”

You’re an outspoken advocate for artists of colour in the industry. Can you tell us a little about that, and your own experiences?

In the wake of George Floyd’s murder, and the Black Lives Matter protests last year, I saw a fellow singer asking on Twitter: ‘Can we talk about black artists in dance music?’ I responded, saying I’ve sung three top ten singles, two of which got Grammy nominations, and I’m still unrecognised… The response was crazy. There was lots of support, but a lot of racist backlash too. Some people were like, “We already have Beyonce”, or “She clearly just wants a MOBO.” Which sort of proves the point. But the real positive is that I’ve made such great friendships with other artists who’ve had similar experiences. There are so many of us going: “That’s happened to me, too.” It’s easier for women to be divided and conquered - we often brush off things. But the more we call out things that aren’t right, then we can stand together, united, and make a change.

What does south London mean to you?

I feel like south London has spirit. South London is a place I'm so proud of. There are so many amazingly talented people who’ve come from here, because when you come from a place of adversity and it's harder to move fast, you become more creative. That’s part of your freedom - growing up with no money meant consuming loads of music and films, using your imagination, and thinking big. There's a collective creative strength in south London. I’m proud of it.

Are there any other local artists that you’re excited about at the moment?

I’m a massive fan of Jake Isaac and Mysie. Jake’s incredible - an amazing artist and singer, born and raised in south London. He’s really starting to blow up. The soul in his voice is insane. Mysie won the Ivor Novello Rising Star Award. She’s an incredible singer, too.

What does the future hold for Kelli-Leigh?

I’m still promoting my new single Feelin’ U at the moment. The next record is coming. I’m very excited; it feels like my voice is finally being heard.

One day, I’d love to walk the Grammy or Brit Awards red carpet as an artist for myself. Receiving a certificate for what I’ve achieved, with my name on it, is my goal. In the meantime, if I can help change the music industry and make it a better place along the way, that’s where my power lies.

This story is from:
The South Londoner - September 2021
by Urban Media London