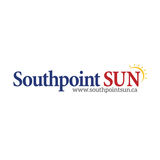 CHATHAM-KENT — When P.L. Stuart was a young child, he loved reading fantasy books, and that love for the genre has played out well, as the Chatham author has recently published his first novel, called ‘A Drowned Kingdom.’

With a Bachelor’s Degree in English and a specialization in medieval literature, Stuart has been able to bring together his love for fantasy novels with his education.

When not writing, he is a law enforcement officer for the federal government, stationed in Windsor. His career, time spent as a community volunteer, and experience as a husband and father, have all contributed to the early success of ‘A Drowned Kingdom’.

The book follows the story of Othrun, who was once the Second Prince of the mightiest kingdom in the world, but now leads the last survivors of his exiled people into an uncertain future, across the sea from their ancestral home, which is now lost beneath the waves. In an attempt to carve out a new kingdom on this new mysterious continent, Othrun must face challenges from other kingdoms, pagan magic and betrayal, in order to rebuild a life for his people.

P.L. Stuart began writing the novel about three years ago, and plans on producing an entire seven-book series about Othrun and his rise to power.

He is also planning a couple of prequels to the series.

His plan is to publish one novel in the series on February 2 of each year.

Faced with the decision on how to publish his story, Stuart and his wife Debbie, explored both options, which included the traditional publishing route, or more of a self-publishing route.

“We chose to go with Friesen Press, which is one of Canada’s top indy publishers,” he said. “And I’m happy to report that A Drowned Kingdom is currently #1 on their bookstore best-seller list.”

Before publishing, he reached out to professional reviewers and peer authors to get a feeling for his work and got overall positive feedback from them.

He’s currently hard at work writing the second book in the series, which will come out next year, but for now, is soaking up all he can with the current novel.

“I’ve been busy promoting and interviewing and appearing on podcasts,” he said.

He plans to work another nine years or so until retirement from his job, but also keeps the possibility open that he may be able to write for a living.

“If that happens, I’ll think about an early retirement,” he said. “My co-workers, friends and family have been fantastic through all of this.”