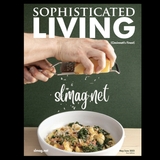 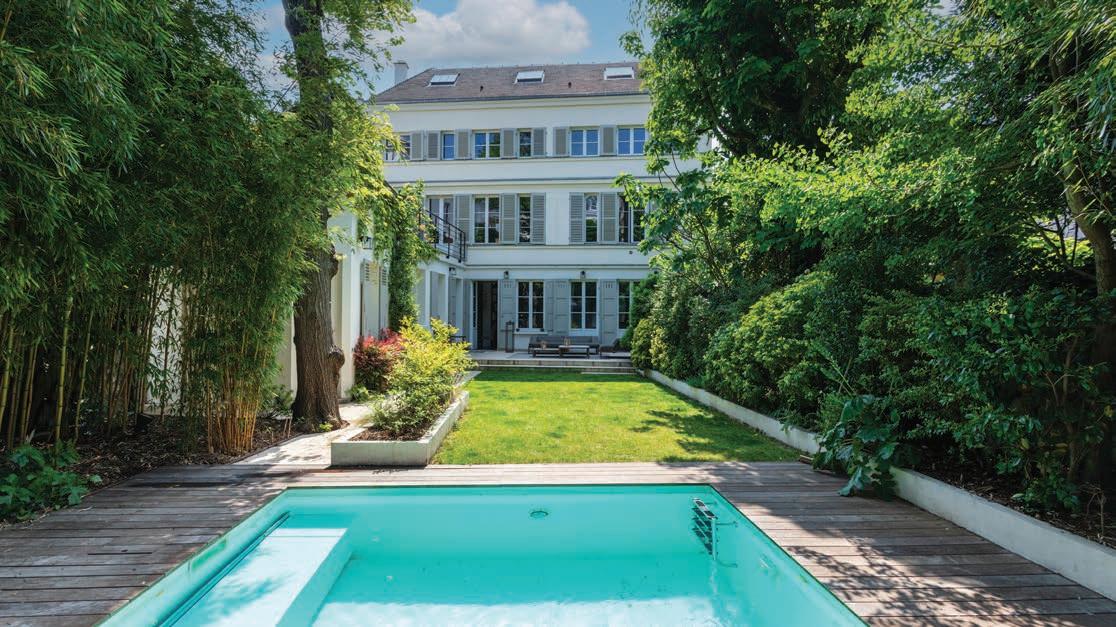 When the Silverbergs bought their West County home, they knew that the layout was just right for their young family. There was a generous family room, eat-in kitchen, and formal dining and living rooms perfect for entertaining – not to mention a sunroom that could serve as a bright and spacious home office.

“When we walked in, it immediately felt like home for all of us – my husband, my girls, and me,” says homeowner Haley Silverberg.

With its beige walls and medium oak flooring, the interior felt dark and dated. Haley knew that the space would need a serious injection of style. So she started researching designers, calling more than 30 until she came across one whom she instantly clicked with: Chelsea Smith, the founder and principal designer of Chelsea Design Co.

“I called so many designers who asked me what kind of style I was – ‘Are you farmhouse? Traditional?’” recalls Haley. “Chelsea never asked that; she didn’t make me stay in a box.”

Chelsea believes that good design starts by getting to know the client, not with having a preconceived look. “I try to meet people, spend time with them, and really think about how they live their lives so that we can invent a design style together that’s reflective of their personality,” says Chelsea. “Haley and I went to local lighting and furniture vendors so that I could get a sense of what she liked and didn’t like. Then, we created a shared Pinterest and I gave her homework: drink a glass of wine and go crazy – show me what you love, whether it’s a piece of art or wall color.”

That process revealed an uncluttered aesthetic that mixed natural tones with geometric shapes and modern finishes. Next, they started building the look layer by layer. The almond-colored flooring was replaced with white oak laid in a herringbone pattern, inspired by a photo Haley found and loved. Sherwin Williams’ Extra White paint became another connecting thread throughout the home, instantly brightening the space. Touches of black – lighting fixtures, hardware, and accents – were then sprinkled in to add contrast.

It was important to Chelsea that the Silverbergs’ forever home felt like them. “This project is an excellent representation of how you can take a home that functions but lacks character and weave in really interesting shapes, colors, and other elements as if they were there from the very beginning to create a look that’s fresh, sophisticated, and reflects the homeowners,” says Chelsea. “You can see that overall concept as soon as you walk in the door.”

In the entry, a round mirror with a gold, circular trim hangs above a shagreen credenza with Lucite sides and hardware that Chelsea and Haley spotted during one of their first meetings. The staircase’s once traditional hand railing was redone in semi-gloss black paint. The result is “high contrast and high impact” says Chelsea, especially when paired with the black striped runner. Above, a large, two-tiered chandelier gives the foyer a pop of drama.

To one side of the staircase lies the dining room. Here, the design started with the oriental rug – which, Haley says, “might be my favorite piece in the house.” Its traditional pattern is offset by the color scheme: predominantly a mix of moody blues and evergreen, with traces of cobalt. A wainscotting detail that existed on the lower portion of the walls was repeated on the top half, increasing the pattern play in the room. The table, chairs, and chandelier are simple and geometric, while organic, abstract shapes lend the artwork – commissioned for the space – a more whimsical tone.

“Some of the shapes that are in the rug are referenced in the painting as well as its blue hues and the earth tones repeated throughout the home,” says Chelsea. “For the formal dining room and sitting room, we wanted to create spaces that would be fun and sophisticated for entertaining.”

After dinner parties, guests can easily retreat to the nearby sitting room, where a dark green wall with diamond-patterned wood paneling steals the show. “I saw the color on Pinterest and asked Chelsea if it was too much, but she said, ‘Go for it!’” says Haley. “She came up with the diamond pattern, which looks great. My husband and I love to go in there with a glass of wine or cup of coffee and talk.”

To make the wall feel like an original element, they removed the baseboards and crown molding before installing the trim. The pattern references the herringbone floor and is repeated in the area rug, this time in soft, neutral tones.

Since the feature wall and color bring plenty of drama, the rest of the design is “tonal and simple. We incorporated softer edges with the standing lamps and rounded, marble-topped coffee table,” says Chelsea. “In every room, we wanted to incorporate minimalist details that were very interesting, but not overwhelming, so that the spaces are rich and luxurious without being fussy.”

In contrast to the formal sitting room’s moody vibe and strong angles, the family room is light, soft, and fresh: white walls, a low-profile white sectional, and large-scale coffee table define the space. An existing built-in was revamped by painting the lower cabinetry Sherwin Williams’ greige Crushed Ice. The uppers were removed and replaced with wooden open shelving that matches the flooring. The final touch? Subway tiles in varying shades of white that run vertically up the wall.

The family room connects to the kitchen, which was given the same cabinet color and marble backsplash for continuity. The island was small and awkwardly shaped, so they added a leg to square it off and make it more functional. New countertops in a durable, family-friendly engineered stone, striking fixtures, and black matte appliances finish the look. By retaining most of the room’s original cabinetry and floor plan, Chelsea was able to reimagine the space while being minimally disruptive.

“The biggest challenge of this project was the fact that the Silverbergs were living in the home while we were operating,” says Chelsea. “We wanted to make things comfortable for them so that they could continue living their normal, everyday lives as much as possible.”

“Chelsea and her crew were amazing, and so accommodating,” recalls Haley. “They were good with my kids, too. One day my daughter even gave the electricians rocks she had collected because they were so nice to her.”

A sunroom runs along the back of the first floor, opening to the yard and pool. This became the home office for Haley’s husband, who wanted a space where he could work, but also have a drink with the guys. The goal was to create a look that would be in keeping with the rest of the home while having a whiskey-bar vibe. They added new built-in cabinets to serve as the bar with an antiqued mirror backsplash. Two cognac-colored Chesterfields provide plenty of seating options, while black-and-white coffee tables add a modern edge.

Upstairs, the master bedroom is rendered in a variety of earth tones. A subtle herringbone fabric gives the walls depth – “it’s very menswear looking,” says Chelsea – while the shagreen nightstands add another layer of texture. Atop them sit a pair of eye catching, champagne-colored lamps from Mitchell Gold.

“The bedroom is just perfect – it just feels good when you walk in,” notes Haley, who says that working with Chelsea on the project “gave me peace of mind. She handled everything – I never had to even make a phone call – and really encouraged me. I’m sad we won’t be able to hang out and talk as much because it was such a pleasant experience! My house wouldn’t be anywhere without her.”