in a growing industry 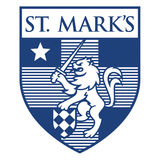 from The ReMarker | February 2021
by St. Mark's School of Texas 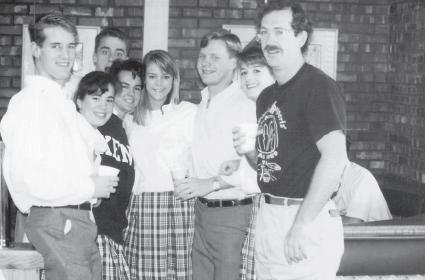 Tech companies are always looking for more programming help. Middle Schoolers get the chance to start experimenting as early as sixth grade, in case they find their passion on a computer screen.

Middle school computer science classes were first introduced to the school in the mid-90s. Why should students start learning so early?

When people think of coding, they tend to think of hackers. Secretive, glasses-wearing adults furiously typing on keyboards, saying, “I’m in.”

What most people don’t think of is a group of middle schoolers in a brightly-lit computer lab, watching a presentation on how to be respectful online.

But for Middle School computer science teacher Kendall Murphy, coding is just as easy to start in sixthgrade as it is in college, and arguably more important.

“When you think about coding, there are tons of coding jobs available out there, and not many people to fill them,” Murphy said. “So for those who are interested in computer science, it’s an incredible way to start. For those who aren’t as interested, they’re still going to be learning determination, perseverance and trial and error.”

According to Murphy, coding teaches middle schoolers skills beyond computer science. A large part of learning to code is learning how to solve problems, as well as building character and leadership skills.

“A lot of coding is problemsolving,” Murphy said. “It’s looking at something and trying to figure out ways to solve it. With coding, there are multiple ways to solve it, so you have to be able to think around that problem.”

Even though the language or usage of coding might change over time, Murphy fully expects students to be able to use skills from Middle School computer science long after they’ve graduated.

“The reality of coding is that it’s going to change over time,” Murphy said. “But if you’re learning to problem solve with code, you will be able to change with it.”

Junior William Fitzpatrick was first drawn to coding by the intricacies and broad applications of computer science.

“I liked how you could do anything with it,” Fitzpatrick said. “How you could make a computer do anything you wanted, solve a bunch of problems you had, or automate stuff. That’s still what appeals to me now.” For Fitzpatrick, the benefits of computer science extend beyond the screen and into the real world. Building connections with other people who code is one way to learn and grow even faster. “I think making connections with other people who code is really important,” Fitzpatrick said. “Those friendships can last a long time and you end up learning a lot from them.” Murphy understands college-level coding is significantly different from the coding she teaches in Middle School, but she stresses that this only makes studying coding in Middle School all the more important. “There are absolutely differences in what you’re learning in terms of content,” Murphy said. “It gradually gets more advanced, but you’re using the same base concepts, terminology, and — most of all — that problem solving skill that you’ve developed.” Although Fitzpatrick has moved on to more complicated coding projects such as creating bots for purchasing shoes or reverse engineering other people’s code, he considers the school’s coding curriculum as a strong base for those who wish to pursue coding later on. “The computer science program is a really good start,” Fitzpatrick said. “Even though I personally don’t like the language they teach — Java — it’s a really good jumping-off point. It allows you to learn other languages like C, C++ or even Javascript.”

For those who may think that the level of coding studied in middle school may not be as comprehensive as an Upper School course, Murphy is quick to point out the complexity and depth of the Middle School coding curriculum.

After studying the basics of using computers, middle schoolers learn how to actually code.

“The second section is coding,” Murphy said. “We learn different languages, and we work with different websites to see how they’re similar but also to give them a strong base in specific languages.”

In the third part of the year, students use the skills they’ve gained from the past few months to design and program robots, allowing students to use their knowledge for a more practical, hands-on approach.

“The third section is robotics, where we take everything we learned from coding and we create robots and program them to move,” Murphy said. “I love how everything ends in a reallife situation with the robots. It’s just building up and gradually learning.”

Murphy believes that what makes the school’s coding curriculum special is the fact that there are dedicated teachers for every level of study.

“With designated computer science teachers for fifth through eighth grade, it’s really changed the game,” Murphy said. “It’s made it a lot easier for us to build a computer science curriculum that the boys can learn a lot from.” In Murphy’s opinion, the increased focus on teaching middle schoolers how to code in recent years has made students more receptive to and even more enthusiastic about studying computer science.

“Six years ago, coding might not have been as big of a deal as it is now,” Murphy said. “The bottom line is we’re growing with it, and I think that’s wonderful. The boys are so adaptable and so willing to learn, which is what makes teaching coding at St. Mark’s truly an honor.”

This story is from:
The ReMarker | February 2021
by St. Mark's School of Texas