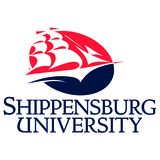 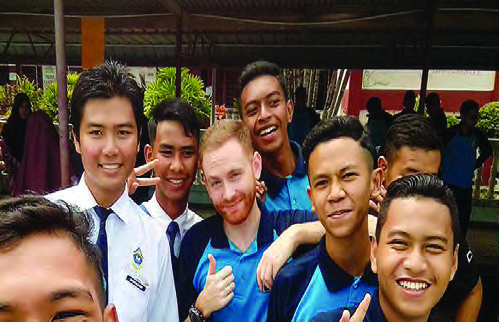 You’re traveling through another dimension. A bizarre and unexplainable dimension where time and activity all but stand still. A middle ground between education and technology, where limitless information is nearly at your fingertips—if you care to search for it. It is an area we call… the pre-Internet zone.

It’s hard to comprehend, but the Internet turned thirty this spring. Yes, the big 3-0. That means, according to the annual Beloit College Mindset List, the Class of 2022 knows Wikipedia but not Encyclopedia Britannica, their thumbprints are more secure than a password, and “You’ve got mail!” is a sign that their parents (sorry, guys!) are now old.

According to Pew Research Center, nine-in-ten Americans use the Internet and seven-in-ten use at least one social media site. In just eight years, Pew reports that smartphone ownership jumped from 35 percent to 77 percent.

Americans are increasingly connected and more mobile—at least technologically speaking—than ever before. But, there was a time at Shippensburg University when “being mobile” meant leaving your residence hall to do something.

Scheduling classes triggered a bit of a panic attack for Corinne Goyt when she was a student at Ship in the late 1990s. “It was extremely stressful. I would have one course and think, ‘Oh, it’s open!’ and by the time I got up to the student worker to schedule, it was closed.”

Twice a year, Shippensburg’s campus devoted two full weeks to in-person class scheduling. Debbie Gutshall, a clerical supervisor in the registrar’s office, recalls moving about a dozen computers to McLean Hall to set up scheduling stations. To prepare, students received a letter in the mail with their appointment time, then met with their advisor to fill out their ideal schedule plus alternative courses.

“Scheduling classes was much different,” said Stephanie ( Jacobs) Ponnett ’93, via Facebook. “We would receive a newspaper with the entire list of courses that were to be offered. You would craft your ‘dream’ schedule and meet with your advisor, following your recommended academic plan. Your scheduling time was based on the number of credits you had. …As a freshman, I had all 8:00am classes, since I scheduled toward the end.”

When scheduling started, Gutshall said students had to bring their schedule—signed by the advisor— and wait for their appointment time. “Don’t come early! The registrar’s student workers were like bouncers. They’d tell you to come back, then yell when it was your time to return to the front of the line.”

Once students made it in, they hoped the section officers hadn’t crossed off their classes on the blackboard. “While waiting to register, you’d see staff come out and cross filled classes off the big board where all possible classes were listed,” tweeted Dr. Dorlisa Minnick ’94, associate professor of social work and gerontology. “So one had to think on their feet and know the Gen Ed curriculum to adapt quickly. Felt like I’d been standing there all day. We did it all WITHOUT Internet!”

Despite the stress—or maybe because of it—Goyt is now Ship’s assistant registrar. “I keep thinking how nice they have it now,” she said. “Now, students go online and put their information in. With it being online, it’s in real time. If faculty makes changes, students see it right away.”

Gutshall said the scheduling process is very similar, but is much easier to use online. Now, students get a pin from their advisor, sign online at the appropriate time, and choose their classes from their room while still in pajamas. “In-person scheduling was horrible on both ends,” she said. “Online is the way to go.”

This past spring, Ship implemented Banner 9, a scheduling system akin to a shopping cart. Cathy Sprenger, registrar, said it’s a look and feel with which students are familiar. “It’s a much smoother, nicer experience,” she said. “We’re always looking to make the experience smoother for students.”

Could you survive at Ship with no Internet? Pre-1992, you had to!

We asked our followers on Facebook and Twitter what life was like on campus, and they had plenty to say. Alumni referenced floppy disks, microfiche, dot matrix programs, typewriters, and punch cards. They remembered walking to class, only to discover the professor left a note on the door saying it was canceled. If they wanted to watch a show on cable TV (Gasp! No streaming?), they met at the scheduled time in the residence hall TV lounge.

“If we wanted to know what was going on on campus, we had to check out various bulletin boards or paper postings taped to walls in hallways,” posted Timothy Bream ’87. “There were no group chats on cell phones. … Several times a day we would pass through the CUB and see if there were any messages tacked to the board. Fun times.”

Ship integrated the Internet on campus about three years after the World Wide Web made its debut. Amy Diehl, Shippensburg’s chief information technology officer, played a big role in that process.

It was opening up to them a whole new world that they wouldn’t have had access to before.

Although it sounds like tedious work, Diehl enjoyed it. “I really loved that job because, first of all, I got to meet everyone on campus. Secondly, it was opening up to them a whole new world that they wouldn’t have had access to before.”

Adam Bryce, commented on Facebook that he was the first class at Ship to have network access in his residence hall. “My wife started the year before me. It’s funny, in my mind, how different our freshman years were.”

Diehl recalled how happy people were to have her install the Netscape browser on their computers. “You were able to access all of the resources of the Internet available at the time.”

Of course, with anything new, there are growing pains.

But it also introduced new issues. “When I started here, the notion of phishing or scamming—what we call social engineering, which is tricking someone into giving something up that’s valuable—wasn’t really a thing.”

A big part of Diehl’s job today is keeping up with scams and technical solutions. Hackers are doing a better job of spoofing legit websites, making it harder to detect scams. They send out thousands of e-mails a day, hoping for a small response. All they need, Diehl said, is one hit to steal someone’s credentials. “Most of these e-mails look legit. When they do get someone’s credentials, they can log in as that person, and that’s harder to detect because it’s a real person’s e-mail.”

Diehl said hackers go to great lengths in an attempt at financial gain. In fact, human resources has received several scam e-mails in Diehl’s name attempting to change payroll information with what appeared to be legitimate forms.

“They do everything to make it look like it’s real. The bottom line for information security is about training. Be on the lookout for fraudulent messages and websites,” she said. “If you’re not sure, contact your help desk, and they will help you determine if it’s a scam.”

Not that long ago, advances in technology impacted Ship’s residence halls. Around 2011, the university worked with a contractor to design and build new suitestyle residence halls. “When they designed the wireless Internet in the buildings, data didn’t tell them that students would be bringing all these devices from home,” said Bill Yost, director of Housing and Residence Life.

With smart phones, tablets, gaming system, wireless printers, and more, the WiFi planned for the residence halls wasn’t cutting it. Within the first two years, there were wireless issues. In fall 2015, the university upgraded and increased wireless in the new residence halls to double its coverage.

“The culture had changed so much in just those three or four years,” Yost said.

The upgrade resolved the problem, and new upgrades continue. This fall, students living on campus will receive an Xfinity On Campus account, allowing them to stream all their favorite shows and channels on their devices in HD.

Technology continues providing better and more convenient ways for students to communicate—sort of, Yost said. But it also presents a challenge when trying to entice students to be physically mobile, and not just technologically mobile.

“I think social media has affected the ability to build community in residence halls,” he said.

That, combined with the structure of the new residence halls, makes it challenging to get students out of their rooms. Suites offer living space, kitchens, private bathrooms, and other amenities that tend to isolate students. The Housing and Residence Life staff has implemented several community and outdoor spaces and resources to encourage students to socialize in person.

“My dream is to use more outdoor equipment,” he said. In recent years, the university has provided hammocks, disc golf, sporting equipment, challenge courses, solar powered tables, and more.

Whether experiencing Ship in 1988 or 2018, most alumni and students agree that it would be nearly impossible to return to the days before the Internet. New communication, entertainment, convenience, and speed provide us with unlimited possibilities.

Yes, our alumni will always remember the good ol’ days, but these days are pretty rad, too. Plus, how awesome is it that if we can’t make it back to campus, we can keep in touch with our classmates virtually? It’s hard to believe there was a time that was considered science fiction.

“When I think about what the world was like before the Internet, I wouldn’t want to go back. There is so much information and technology at our hands,” Diehl said.

BACK IN MY DAY

Becky DiRosa • The good news was around 1977/8 wall corded phones were installed in the dorm rooms. I guess we still had to call collect. No more phone booth calls at Kieffer. I was fortunate to own an electric typewriter (high school grad gift). No calculator still used my brain with pencil and paper read the NYT/Post/Rolling Stone in the library. Music-radio/ albums/8Tracks/Cassettes. Black and white TV with close hanger!

Tim MacBain • I attended in the golden age of unregulated connectivity (99-03) when the LAN had thousands of music files to share and play on Winamp, AOL Instant Messenger allowed you to sabotage your roommates’ away messages, and e-mail was still not a fully reliable way to communicate. Oh, how lucky we were!

Dorlisa Minnick • I graduated in 1994 and don’t remember internet access. But I do recall using a computer lab on 2nd floor library. Perhaps that’s where we had access. I know we didn’t have e-mail. We actually went to the professor’s office for office hours!!