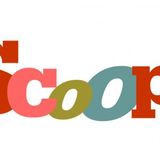 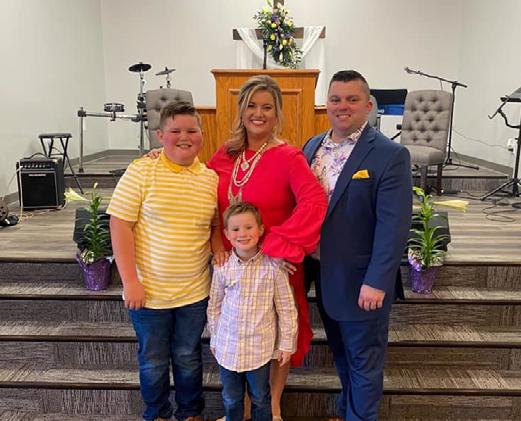 The Answer For My Why by Charl...

While I was still in high school enjoying summer tours and the occasional gospel concert, my brother Benjamin Scroggs, although only one year older than me, had graduated two years before I did. After he graduated, I was afraid that our gospel concerts would fade off into a distant memory as I heard the news that Ben had joined another gospel group while he was away at Mid America Christian University in Oklahoma City and that this group travelled like the professional groups I had so admired all my life.

My heart was bursting with pride for my brother while also battling emotions as this group seemed to be taking my brother away from me and from our small town gospel group named Arioso. Well, I didn’t lose a brother in this situation. I gained one. I am humbled, and much honored, to share part of the life story of yet another vital member of the gospel music industry. I was captivated by his story as I already know each one of you will be as well.

When asking Rick Shelton how and where it all got started for him, he began reliving his journey stating, “I believe I was 12 or 13 when I received my very first Sony Walkman for Christmas as a gift from my parents. My grandparents’ gift was the cassette tape, ‘Live in Atlanta’ by The Cathedrals. As I wore that cassette tape out in that Walkman, I fell in love with gospel music and still love it today, just like I did at 13.”

Obviously, The Cathedrals became his first love, but Rick quickly became a fan of The Talleys, The

In those early teenage years, Rick shared that he endured a great deal of trauma, but throughout those horrific times, his gospel music became like a best friend that offered comfort, healing and hope. Rick shared that gospel music is a community where the broken and hurting find redemption and healing. He said, “I am a Christ follower today because of the role that gospel music played in my life. It was during those early teenage years that I decided to spend my life sharing and supporting this eternally impactful music.”

As my eyes were already damp with tears as I hung onto his every word, he proclaimed there may be a hurting teenager who desperately needs the next song that he publishes.

As I do with anyone I write about, I try to ask thought-provoking questions to help those reading to not just learn something new about another member of the gospel music family, but also to convey the very heart and passion of my subject. To be completely open and honest, it’s not difficult at all to feel the passion and calling on Rick Shelton’s life from the very first moment you’re blessed with meeting him. Writing about his journey brings me such joy as I hold him in high regard as another person who has inspired my own journey in gospel music.

As I asked about the “big break” type moments we often hear folks attribute success with, Rick com-

mented, “Rather than a big break moment, there have been many moments during the journey and a lot of hard work in between. There were a few moments that were life changing, beginning with the call from Steve Hurst School of Ministry and Music. So many important and lasting relationships are rooted in the nearly 10 years I was on staff there. One moment comes to mind when Les Butler interviewed me on the Solid Gospel Radio Network during the promotion of a new album and a single from my trio, Rick Shelton and The Way. It later led to a position at the network. Another life altering call came from Mike Speck offering me a position with The Specks as I graduated from college. That was the very event that opened the doors for me to relocate to Nashville, Tennessee. The moment that set me on my current path happened after a meeting of the Southern Gospel Music Guild. I happened to sit by the highly acclaimed songwriter and publisher, Niles Borop. He invited me to lunch and we enjoyed long conversations about life and music. Six months later at the next S.G.M.G board meeting, Niles invited me to lunch again and this time offered me a job in music publishing and that was nearly 20 years ago.” Rick went on to share how he could see how God had been preparing him throughout his whole life to do this job that he is called to do. He declared, “My pap paw was a songwriter for Stamps Baxter, and he taught me to love and value songs. My family was a singing family, but eventually it ended up my two sisters and myself. During those years singing with my sisters, we were involved with Three Angels Broadcasting Network (a worldwide Christian TV Network) [where] we not only represented the Network on air, but on tours as well.”

He went on to say, “In 1994 I received a scholarship to Mid America Christian University in Oklahoma City. During that time is when I began the Trio, Rick Shelton and The Way.”

This is the time that I referred to earlier where I feared that I was losing my brother, when the truth is I not only gained Rick Shelton in my life, but also was blessed with the third member of the trio at that time, Travis Adams.

Rick mentioned, “Those were precious years and

fun times as well. These are the experiences that helped prepare me to serve in the different positions of the gospel music industry throughout my ministry and career.”

When I asked Rick if he had a favorite place to perform over the years, he answered. “The Marion Civic Center in Marion, Illinois. My sister and I (The Shelton’s) performed there when we were young, usually opening for our heroes. It was extra special because that’s where I got to see all the major groups as I was growing up.”

When asked about a favorite singer, the reply was simply “at the time” rather than “of all time.” He said that this question made him think hard. “I guess it would be Mark Trammell because I have consistently loved his stuff since my early days but I also considered Michael English and Joseph Habedank.”

Rick said that naming his favorite group of all time was very easy – The Cathedrals.

With great sincerity he said, “If I had the power, I would create Southern Gospel Media that would command national cultural attention on a consistent basis much like the radio days of our genres early years or the Singing Jubilee during its growing years or most recently, The Gaither Homecoming videos. It’s exciting to be a part of a uniquely American art form. I have seen crowds who aren’t familiar with our music erupt with excitement and applause when they first hear it. I want everyone to have that opportunity, so we have to find a way to reach them. If I could magically change the way our industry operates, I would bring bands back to live performances. Don’t get me wrong, I understand the economics of it, but I think we would attract a broader audience with a band and better represent our genre. The relationships within this community is my favorite thing about my involvement in Southern Gospel.”

He goes on to say, “I am very content not singing at this stage of my life mainly because it’s so bad. My vibrato is bigger than Tennessee and the high notes are nowhere to be found. The work I do now has a much broader reach and will last longer, and I am able to serve so many more people than I was able to at one concert or one record at a time.

“In my role at Daywind, I currently serve songwriters and artists. We have nearly 30 songwriters who hear from God daily and deliver lyric and melody in rhyme and in time. I help with the business end so they can focus on creating, and serve artists by finding the songs they record. I also serve churches by creating choir music featuring songs from our very own writers and artists. I absolutely love my job and the incredible people I get to serve.

“Although employed by Daywind, I have always considered myself to be working for the entire industry. We have had songs recorded by every major artist in Southern Gospel Music during the last 17 years. When asked about my greatest achievement, it brings us right back to relationships. I’m not sure what I will be remembered for, but I hope that it is that I created a family of song writers who were well served.”

He concluded: “Relationships and Service. Any success I have enjoyed is because of these two things, treat people with high regard and serve them to the best of your ability.”

today, I’m so very humbled and honored to be given this opportunity to write about some of the beautiful background stories in gospel music, and I hope that I can do their stories some justice as my life was personally touched by each one that I write about.

I can’t thank Rick enough not only for allowing me to put pen to paper in his honor, but for even believing in me when I was just a kid still in high school allowing me to occasionally take the stage and do a song or two with Rick Shelton and The Way. It’s difficult to even find the words to explain the excitement as I would sit on the edge of my seat in hopes to see Rick wave at me and say, “Come help us out on this song.” I would spring to my feet and feel like I was floating the entire time.

Thank you, Rick Shelton, for all that you have done and continue to do for Southern Gospel Music and for the Kingdom of God. You are truly a blessing to us all.

This story is from:
October 2021 SGN Scoops Magazine
by SGN SGNScoops