Sustainability in the stars - Can we stabilise our own planet with off-world resources? 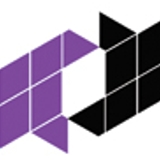 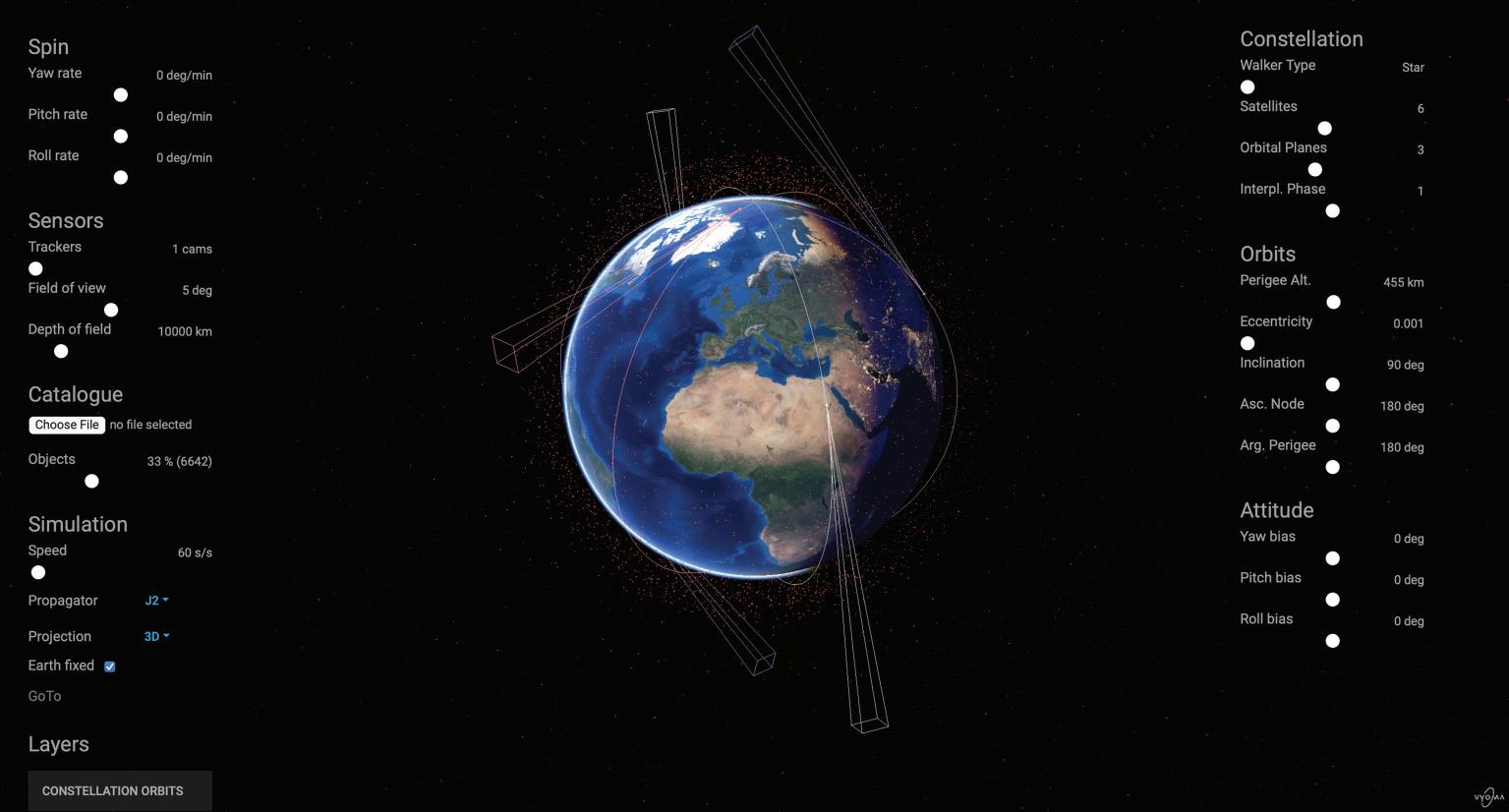 How do we address the growing ...

Sustainability in the stars – Can we stabilize our own planet with off-world resources?

Despite popular opinion around the space projects being somewhat lacklustre given the weight of environmental concerns on Earth, there exists a healthy potential for supporting a greener planet with off-world resources, specifically the Moon’s Helium-3 reserves. Such futuristic concepts seem far beyond our time, but some developers are already working on establishing these realities today.

From inside and out of the industry, climate concerns have come to be frequently dismissed with the eyerolling diversionary tactic of over inflating the silver lining of climate satellites and orbital efficiencies cutting wasted industrial energy, as if a handful of green business cases can redeem a multi-trillion-dollar industry’s footprint across supply chain and launch.

Whilst it’s undeniable that disaster warning systems, carbon tracking systems, and Earth monitoring satellites do incredible work, we all know it’s intellectually dishonest to consider them a proportional offset to the tons of emissions produced by annual international space launch.

Nothing can confuse the space industry’s responsibility to pursue sustainable manufacturing practices and green rocket fuel adoption during the crucial ‘make or break’ years of the 2020s, but the progress we make in the stars today could be crucial to fixing our planet in the mid-21st century.

As NASA put it in a 2017 report, “the immediate challenge to civilization’s global energy future lies in meeting the needs and aspirations of the 10-12 billion earthlings that will be on this planet by 2050.” By this time, the planet will have seen a predicted ninefold increase in energy demand.

CLEAN NUCLEAR FUELS ON THE MOON

With energy experts confident that nuclear power will make up the second-largest contribution to the net-zero power economy, much has been made of the potential of “Generation IV” nuclear reactors, which have been predicted to revolutionize output, affordability, and safety in nuclear power generation.

With many European authorities becoming confident about nuclear investment, stable nuclear fusion could be right around the corner, which would decisively end fossil fuel dependence for civilization forever. A particularly strong fuel of these experiments is Helium-3 isotopes, which, unlike traditional nuclear fuels, are uniquely able to directly yield electrical current, and require electrostatic confinement rather than magnetic containment, producing untold quantities of power during fusion without even the need for a generator turbine, and no hazardous waste products.

It is not a lack of expertize that limits our capacity for Helium-3 experimentation, but rather the extraordinary rarity of the fuel on Earth. NASA’s report explains: “Although quantities sufficient for research exist, no commercial supplies of Helium-3 are present on Earth – if they were, we probably would be using it to produce most electricity today, considering its many technical, economic and environmental advantages.” Of course, not all bodies in our solar system are alike.

Devoid of Earth’s magnetic field, the Lunar surface has been bombarded by solar winds for eons, coating it with large quantities of Helium-3, making the Lunar surface richer with the isotope than the entirety of Earth’s geology. It’s no wonder Helium-3 has often been identified as the prize of the potential Lunar gold rush that industry experts predict in coming decades. As NASA proposed: “A largely privately financed initiative to utilize Lunar helium-3 for terrestrial fusion power … will require minimizing both capital costs and recurring operational costs to maximize reliability over the very long term.”

Putting in place permanent Lunar infrastructure is naturally easier said than done. Agencies and enterprising companies have spoken aspirationally about Lunar colonization for years, but the hard work of making a reality of it all still feels uncertain.

“The good news is that we’re closer than ever to making it a reality,” says lunar expert, Carlos Manuel Entrenea Utrilla.

The Artemis Accords, the first international agreement in history for human lunar travel, have been signed already by 20 countries. In parallel, the 2020s will see the largest amount of lunar activity in human history, more than in all our history combined in fact. Some reports, like the latest one by North Sky Research, place the number of missions planned during this decade at a whooping 250, starting 2022. This compares directly with the 140 missions’ number from 2021, or the 90 from 2019, or the 133 missions launched to the Moon since the beginning of the space age. This spectacular growth and amount of activity is being fuelled at roughly equal parts by NASA and the private sector, both of whom are focused on ensuring the success of the Artemis program: the former by funding the risk mitigation of the program through precursor missions and technology development, and the latter by developing all sorts of services to either enable or grow Artemis.

The success or failure of this first generation of missions will set the foundation for our future lunar economy. If a large enough number of these missions succeed, the 2020s will see the creation (out of nowhere) of the first lunar markets: transportation and communications. These markets will be the basis of the sustainability of the lunar adventure. The companies serving them will be the first lunar businesses, and the customers for future lunar activities. Their landers and rovers will require power, spare parts, roads, and communications, and the power producers, the manufacturers, and the miners will require landers and rovers to start and develop their businesses. As soon as we can reliably get to the Moon, we will be in a position to start using its resources. Eventually, we’ll be able to move all our heavy, most polluting industry away from Earth and its precious biosphere.

Companies all around the planet are rushing to enable these commercial services within acceptable timelines for their investors, with NASA acting as the anchor customer for all of this. At least the 14 companies participating in NASA’s Commercial Lunar Payload Services (CLPS) Program have been developing lunar landers for years with NASA’s support, and now they are enabling new companies to start dreaming up new lunar businesses centred around resource utilization. Several companies are also announcing communications projects, and NASA again is stepping up to incentivize their investments with their Near Space Network program. It looks like all the pieces are in place, and we may as well end the 2020s decade with the first permanent human presence in another celestial body.

The space race in the mid-20th century served as a technological accelerator that galvanized the world’s postwar sciences that laid the foundation for the Information Era we enjoy today. The “NewSpace Race” we are currently seeing has the potential to serve a similar effect. With the assets of the world’s billionaires irreversibly attached to space economics, and their marketing teams eager to reframe the contentions around space markets being frivolous and environmentally unfriendly, there has never been a better time to bolster the green space agenda.

“Green space” rhetoric prioritizes a commitment to produce sustainable interstellar technologies that don’t only avoid harming the planet through net-zero standards, but directly or indirectly benefit the Earth.

“I believe sustainability is a responsibility that falls to all of us,” Entrena Utrilla explains, “The Moon and other celestial bodies have the resources necessary to sustain all our heavy industry away from our biosphere. The Moon has no biosphere to destroy, but we shouldn’t let it become a wild west. International rules of conduct will have to be developed, and we are already seeing the beginnings of a framework with the Artemis Accords. Proper regulation is the bedrock of ensuring commercial success and comes hand in hand with commercial longevity.”

We should expect the first routine lunar missions to start in 2022, laying the groundwork for a human return after 2025. By then, we should be seeing a continuous stream of 3-4 commercial lunar missions every year, almost as frequently as flights to the International Space Station.

“This isn’t just a fanciful idea,” Entrena Utrilla insists. “The lunar market is getting closer to reality every day. With all these missions planned over the next decade, even a success rate of 20-30 percent would leave us in a great position to develop a comprehensive lunar economy that can support our sustainability efforts on Earth through the rest of the century”

This story is from:
Satellite Evolution Global - June 2022
by satelliteevolution