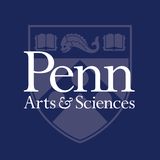 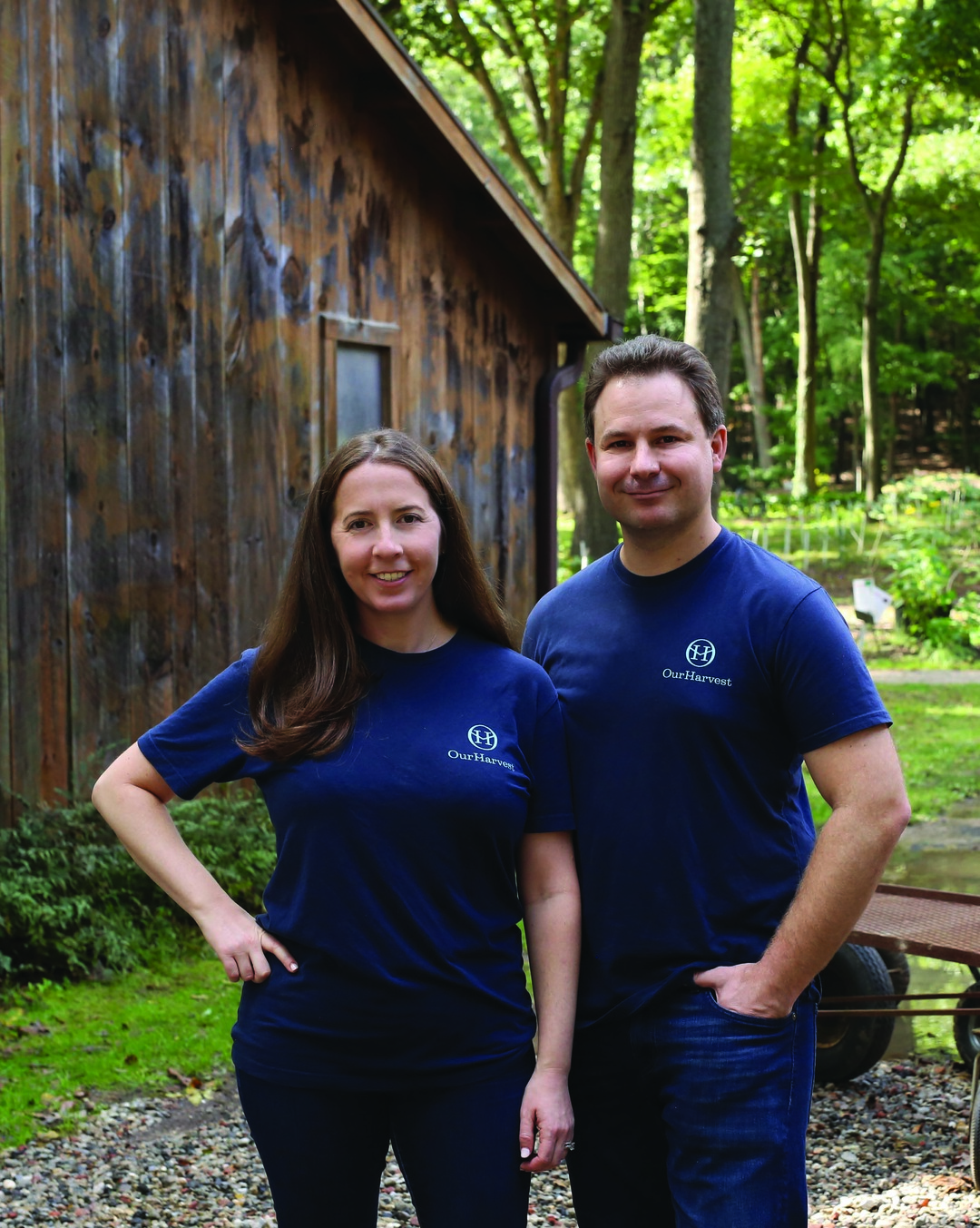 Karen Detlefsen, Professor of Philosophy, is opening young minds in the Philadelphia community to a new kind of philosophical thinking.

In the Mindfulness Room at Benjamin B. Comegys School in southwest Philadelphia, nine fifth-graders sit around a large rectangular table made from four smaller tables pushed together. The staccato chatter and constant movement evoke a feeling of organized chaos, with students bobbing up and down, and at least one sitting at his chair’s front edge, coat and backpack firmly in place on his body.

When the bell rings and the classroom door closes, the noise mostly wanes and Karen Detlefsen, Professor of Philosophy, stands in front of the group to introduce the day’s teaching team—two College undergrads and a student from Haverford College—then hands over the reins to Ethan Nelson, a soft-spoken senior who starts discussing beauty. Detlefsen moves to the back of the room.

After a short video about first cousins named Lisa and Lida, Nelson asks the students how the girls act before they notice they have different skin colors. Eleven-year-old Kynai raises her hand. “They’re looking out for each other,” she says. “They’re always together, no matter what happened.”

Nelson counters: How does their grandma make them feel when she learns they’re upset about their appearance? “That no matter how different they are, they’re still family,” Kynai answers.

Before Nelson moves on, he asks the students to put up a hand if they’ve heard someone say something negative about another person’s skin color. Five hands shoot up and several students talk at once. “I felt disappointed,” Kynai says. “I felt mad,” says a boy named Hamzah. “There are a lot of people who do it.”

It’s almost hard to believe it’s the same group from a few minutes prior, such is the transformation from verging on boredom to energetic participation. And though it’s not easy to get 10- and 11-year-olds to discuss race, particularly with adults they don’t know well, Detleftsen and the three undergraduates have done just that. During a dozen sessions, they’ve also fostered conversations about friendship and logic, about jumping to conclusions and moral dilemmas—all under the auspices of Detlefsen’s Making a Difference in Diverse Communities grant, which supports multidisciplinary projects led by faculty teams working with students to address societal challenges locally, nationally, and internationally.

I want to enable the philosophical voices of many people—including children. We have to broaden our concept of what it means to do philosophy and why we currently think about philosophy the way we do.

The project also includes helping Philadelphia high school literature teachers incorporate philosophy into their curricula, running after-school philosophy clubs at Penn Alexander School and Carver Science and Engineering, incorporating ethics and the philosophy of science into the ninth-grade curriculum at Science Leadership Academy, and soon, launching a handful of Ethics Bowl teams. The thread throughout? Make philosophy more accessible to young minds across the city.

Detlefsen herself studies 17th- and 18th-century philosophy. She’s always been interested in taking a slightly different approach to what she calls “core topics” of the field, like looking at 17th century female philosophers who were sidelined by the politics of their time.

“I want to enable the philosophical voices of many people—including children,” says Detlefsen. “We have to broaden our concept of what it means to do philosophy and why we currently think about philosophy the way we do.”

In the fall of 2009, Detlefsen taught an undergraduate course about the social-political context of education. The dialogue that semester crystallized for her the connection that students tend to make between philosophy and social justice, but she still felt the course lacked something. “We got into great conversations,” she says, “but I also thought their experience of the theory would’ve been greatly enhanced had there been some sort of practical component to it.” She began dreaming up a philosophy of education Academically Based Community Service (ABCS) course through Penn’s Netter Center for Community Partnerships.

“It’s easy for people to think of philosophy as incredibly abstract, disengaged from everyday life,” she says. “I didn’t know what it would look like to bring this general, nebulous idea down to the ground.”

The students were asking questions like ‘How far would you go to help a friend before you couldn’t go further, and why couldn’t you go beyond that?’ It quickly became clear that these kids are already thinking about philosophical questions.

A friend of hers happened to be a mentor at Philadelphia Futures, a college-readiness program geared toward high school students likely to be first in their families to attend college. She and Rob Willison, now a research assistant professor at the University of North Carolina, Chapel Hill, then a Penn doctoral student, convinced the head of Philadelphia Futures’ academic programming to let them run a philosophy club there.

The students’ engagement and deep philosophizing intrigued Detlefsen and Willison. “The more we interacted, the more we realized it’s a common impulse among young people to think philosophically,” she says. “They were asking questions like ‘How far would go you go to help a friend before you couldn’t go further, and why couldn’t you go beyond that? If you’re forever fake with someone, if you take on an identity not your own, can your relationship count as a friendship?’ It quickly became clear that these kids are already thinking about philosophical questions.”

That realization helped the pair shape the ABCS course Detlefsen had wanted to build, and they ran it the following spring. Beyond the classroom instruction teaching Penn students about the philosophy of education, they set up a weekly version of their Philadelphia Futures philosophy club.

Saturday mornings at 10:30, Penn undergrads would teach high school students based on what they’d learned that week, then they’d eat lunch as a group. One of the students, William, always brought his younger brother, a middle schooler named Wallace, and though Wallace began each session alongside his brother, he would eventually peel off and sit with other groups.

“Wallace blossoming like that made me think this could work with younger students,” Detlefsen says. “I started to develop ideas about how to work philosophy into middle school.”

Since then, Detlefsen has taught Comegys eighth-graders twice and seventh-graders once. This is the first time she’s working with students as young as fifth grade. “It’s easy to extend and adapt college level down to high school, even to seventh or eighth grade, but once you get down to fifth grade it gets trickier,” she says. Exposing younger minds to philosophy means helping them first understand the idea of a philosophical question and then how to ask one. But it also requires being age-appropriate. “The aim is to get down to kindergarten eventually,” she adds.

For Kynai and the other fifth-graders at Comegys, the Penn undergrads built the curriculum and weekly lesson plans with guidance from Detlefsen and Charlette Walker, a Tilden Middle School teacher. Dustin Webster, a doctoral student in the Graduate School of Education, helped with pedagogical techniques, and Michael Vazquez, a doctoral student in the Department of Philosophy, researched strategies for teaching philosophy to pre-college learners.

Their goals were threefold: get the students excited about philosophical questions, help them understand that some questions are hard to fully answer, and encourage them to change their minds when faced with reasons for doing so, Detlefsen explains.

“We did a good job with the first two. Most of our classes got the students really excited about the topics we discussed,” she says. “On the third goal, some students tended to dig in their heels even when sticking to their original position became problematic. This left me thinking that so much of the work with students this age is not just about the ideas, but about social dynamics and individual personalities.” It also showed Detlefsen that the second part of her Making a Difference project, the seminar for Philly high school teachers, could open the philosophy door for their students in unexpected ways.

In College Hall on a Monday evening in January, seven teachers—some current, some retired, all invested in learning about philosophy—gather to finish talking about French philosopher and writer Simone de Beauvoir. After 30 minutes, they move onto the social construction of race and then to the individual versus the collective.

If Detlefsen just barely skims the surface with the Comegys students, here she delves deep; it’s not for the uninitiated or uninterested.

Detlefsen is in her element, drawing what can only be described as flowcharts on a chalkboard at the front of the almost-windowless room. The teachers, who come from Masterman and Carver and other area schools, are engaged from the moment the discussion begins. It’s intimate and relaxed and intense at once. “The idea is to have a small, focused seminar for high school literature teachers,” Detlefsen says. “This is a new, experimental model run under the auspices of the Teachers Institute of Philadelphia (TIP), one of our Penn partners.”

She and the teachers devised the program together based on the novels the instructors were already teaching. Beyond the three sessions they’ve already had, at least one more, maybe two, are scheduled between now and mid-March. “New topics keep creeping up, and so we add more material,” she says. “Because we’re all really enjoying the conversation, we all want to come back.” In April, after all the philosophical discussions, the teachers will collaborate to find ways to enhance their curricula with philosophical insights.

In the spring of 2018, Detlefsen had run a traditional TIP seminar, a more formal semester-long course that covered a wide range of subjects and grades. “Partnering with teachers, whether through the traditional TIP seminar or the seminar focused on one subject area and student age group, is a great way of bringing philosophy into subjects already being taught, as opposed to offering philosophy as a self-standing subject,” she says. “Philosophy is in everything, woven into the ways in which we think.”

Watching the teachers in College Hall and the fifth-graders at Comegys, it’s clear Detlefsen has tapped into something. Even the quiet elementary students participate—and what they say is often profound.

That day at Comegys, Jiyoon Kang, C'19, leads the closing exercise. She asks the students to write on the outside of a cup what they think people see when they meet them for the first time. On a separate card, they write what they believe is their most valuable quality. Then they put the card in the cup to demonstrate the idea that it’s easy to evaluate someone based on what’s outwardly visible, but that true value lies within.

Hamzah, the student who earlier had said he often hears people judge others based on skin color, wrote his name on the card. “My name describes my character, steadfast and strong,” he says.

Detlefsen prods him further. “Were you born that way, or do you work to live up to that?”

“I work to live up to it,” he says, a fifthgrader offering insight about himself that some adults likely couldn’t make.

Such conversations inspire Detlefsen to keep moving forward with this work. “For me, this is really a project of social justice, educational justice. I’m always amazed by how effectively teachers manage to motivate and connect with their students despite the sometimesinordinate amount of time needed to help students pass a standardized test. I’m inspired by these teachers, and it has encouraged me with this project. Young people love talking through philosophical topics,” she says. “It exercises their minds, but it also gives them ways of figuring out how to live.”

This story is from:
OMNIA Magazine: Spring/Summer 2019
by Penn Arts & Sciences