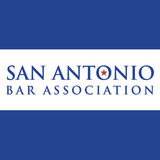 By Dan A. Naranjo

The Tower of the Americas is one of San Antonio’s most wellknown landmarks, but where did its name come from? The answer is Dan A. Naranjo. Asked about how that happened, Dan recalls:

I grew up on the southside of San Antonio, and during my childhood, I never ventured farther than Corpus Christi. After graduating from Brackenridge High School in 1957, I dreamed of seeing the world. 1 I applied and was accepted to the University of Texas at Austin with a nearly full-ride scholarship, which entailed paying a mere $25 per semester. My academic career continued at UT Law, where I received my Juris Doctor degree in 1963.

As a college freshman, I was commissioned as a United States Air Force Reserve Officers’ Training Corps cadet, and after graduation I was commissioned as a second lieutenant. Immediately following graduation from law school, I started my contractual four years of service to the Air Force, just as the Vietnam conflict began. I served as a special agent in the Office of Special Investigation (OSI), which conducts criminal investigations and counterintelligence operations. I was deployed to Washington D.C., El Paso, and Panama. While in Panama, I worked in the Canal Zone as an intelligence analyst. I studied CIA background data to determine if there were any counterintelligence threats aimed at either of the two main air bases in Panama: Albrook Air Force Base (headquarters of the Southern Command) and Howard Air Force Base where OSI was headquartered. During off-hours, I taught English to Panamanian students at the U.S.-Panama cultural institute.

While stationed in the Panama Canal Zone, I remained in touch with my roots by reading the Sunday edition of the San Antonio Light. One day, I noticed an article soliciting a unique name for the proposed construction of a tower located in the center of the 1968 World’s Fair, Hemisfair. At the time, I resided at the base officers’ quarters at Albrook but worked at Howard. My daily commute included crossing the “Bridge of the Americas.” It occurred to me that adopting the name “Tower of the Americas” from “Bridge of the Americas” would be a fascinating way to connect the World’s Fair in San Antonio to an iconic structure in Panama.

Why not connect and unite a Central American landmark with the proposed San Antonio landmark?! Surprisingly, my submission to name the proposed tower the Tower of the Americas was selected! These days, I am thrilled that the Tower of the Americas will be the focal point for the redevelopment of the Hemisfair District, and I am hopeful that the Tower will trigger even more significant reinvestment in the area. The Hemisfair Conservancy is working to create one of the world’s most remarkable public spaces!

Submitting the winning name for the Tower of the Americas also inspired my interest in, and commitment to, other San Antonio’s landmarks. While touring Malta, I learned of the United Nations Educational, Scientific, and Cultural Organization (UNESCO) program for World Heritage Sites. So impressed with the potential for San Antonio, I consulted with Father David Garcia, then the Archbishop of San Antonio, to begin the recognition process to make the old Spanish missions a World Heritage Site. After years of collaborative work, UNESCO recognized the old Spanish missions as a World Heritage site in 2015. Such recognition would not have happened without the help of the many county and city officials and volunteers who dedicated their time to the goal. This legacy will endure for countless generations. Among my mentors are the esteemed former Mayors Phil Hardberger, 2 Nelson Wolff, and Henry Cisneros. They dramatically improved the city of San Antonio and are exemplars of community servants.

Dan’s life and impactful 50-year legal career were the subject of an article entitled Texas Bar Foundation Honors Dan A. Naranjo as an Outstanding 50-Year Lawyer in the November-December 2018 issue of the San Antonio Lawyer.

Dan and the Honorable Sichan Siv co-authored The Permanent Court of Arbitration at The Hague – Continuing Efforts For World Peace in Asia and North Korea, which was published in San Antonio Lawyer January-February 2020 edition.

Dan Naranjo, J.D., is a Martindale- Hubbell AV-rated attorney, mediator, and arbitrator. Since 1998, he has used his legal experience to train the next generation of mediators while serving as an adjunct at St. Mary’s University School of Law until 2017. He continues to serve as an arbitrator for the American Arbitration Association (AAA) and the International Institute for Conflict Prevention & Resolution (CPR), and he lectures frequently on ADR topics. He has lectured at the World Court at The Hague on International ADR on behalf of the American Bar Association, Judicial Division Litigation Section. 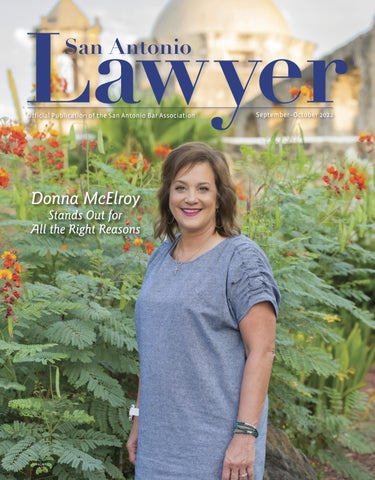