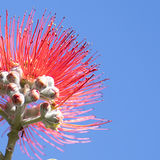 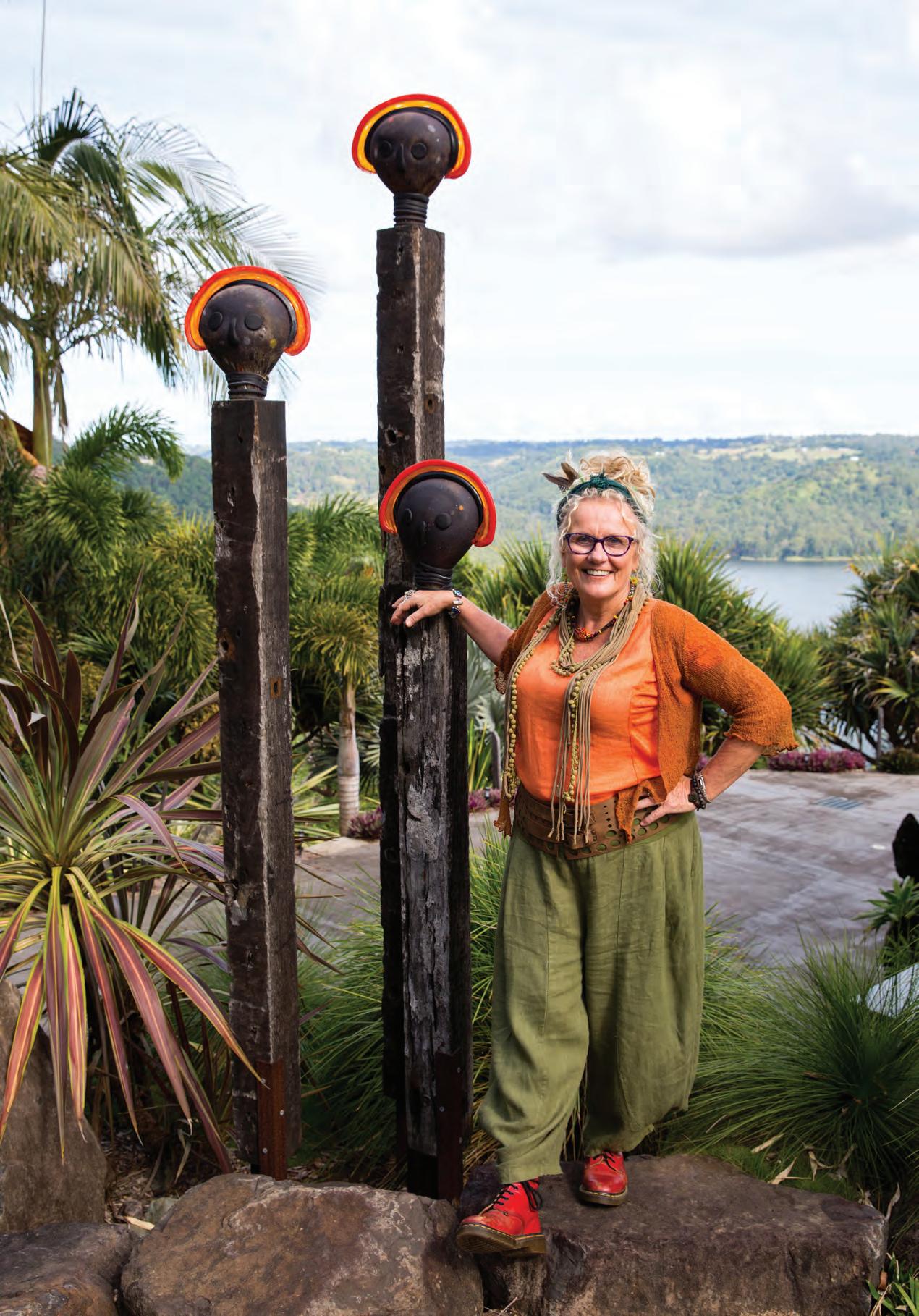 IF YOU THINK science and art are polar opposites, artist Julie Lucht de Freibruch may just turn that theory on its head.

The acclaimed painter with a love of science has an honours degree in psychology – not necessarily an artist’s traditional path of study. But while her academic qualifi cations may be science-based, her fl uid acrylics are colourful, characterful works imbued with a sense of wonder and whimsy.

True, she does have creative blood literally fl owing through her veins – most notably, her great-grandfather Ricciotto Canudo, a famous Italian poet and fi lm theorist, was a friend of Picasso and Matisse in 1920s Paris. Her grandmother was a portrait artist in France, and her father is a watercolourist.

Unsurprisingly, and despite choosing the sciences in her study, Julie always showed a creative fl air. She turned to graphic design before she decided to make art a daily practice. It wasn’t long before her work was spotted on Instagram, and she was approached by a leading Hastings Street restaurant to paint a mural.

“And that’s how it all started really,” says Julie, who believes her family heritage inevitably infl uenced her art practice.

“I think if you’re brought up in that environment where creativity is seen as normal and part of who you are, you kind of take it for granted a bit,” Julie says.

“I probably didn’t realise when I was younger that that was in itself a gift. So I do think that has infl uenced my way of thinking; to be creative, to think creatively, to be into the philosophies and ideologies and the bigger ideas.” GIFTS | PET PORTRAITS | PRINTS | ORIGINAL ART • STUDIO VISITS BY APPOINTMENT • COMMISSIONS WELCOME

Born in Belgium and having lived in many countries including Zaire, Bahrain, France and England, Julie and her family have chosen to settle near Noosa, an area she describes as “probably the best place on the planet”.

“We’ve lived a lot of places; the vibe here is amazing,” she says. “The ocean is stunning. You just have to go up to Noosa National Park, and it’s perfect.

“And what I love about it is you get little glimpses of houses through trees, and you get a little snapshot of the ocean through foliage, and it kind of gets your imagination going as to who lives there.

“It’s almost otherworldly, the tropical vibes here – it’s really special. It propels me to want to paint how I feel about it.”

This tropical otherworldliness is beautifully portrayed in Julie’s most recent series of works, the Tropical Houses series.

Strongly infl uenced by the graphic design elements of printmaking and illustration, Julie’s style incorporates themes of the contrast between man-made and natural forms, as well as capturing the magic of the surrounding environment.

She says her style is “diffi cult to put into one area”, with descriptions wavering between semi-abstract and whimsical/ folk art.

“If I’m talking to someone and they’ve never seen my work I would probably say it’s semi-abstract landscapes,” she says. “However, my infl uences are very much from children’s illustration picture books – woodcut and linocut printing – so for me, it’s more of a blend of those two. I’m trying to make it contemporary and warm, and also trying to capture the wonder that I feel about where we live, and our place in the world and basically our part in the universe.

“I’m also really drawn to pattern. That’s partly why I enjoyed graphic design – the shapes interlocking and that kind of thing that you’d get from linocut [printmaking].

“When I paint, I don’t want my subject matter to feel heavy; I want it to feel inspiring.”

Pops of colour punctuate Julie’s paintings, adding an element of surprise and giving the works a distinctly

contemporary vibe. “I fi nd that here with the landscape itself,” she says.

“It’s very green, when you’re looking at all the trees, then you suddenly get a huge splash of bright colour, and it’s lovely to see that; it’s almost like fi nding a little gift.

“I also think those pops of colour help move the painting away from it being more traditional, or tied to a more realistic way of depicting it; they kind of help the eye travel around the painting as well.”

While most of Julie’s paintings are on larger-scale canvases, she also creates smaller studies of each work beforehand. The studies become paintings in their own right, although they begin as part of her creative process.

She takes photos of anything that might inspire her, and fi nds images on Instagram of things she likes – “be it shapes or

“It’s almost otherworldly, the tropical vibes here – it’s really special. It propels me to want to paint how I feel about it. ”

colours or just something to remind me of what the feel was and what caught my attention”.

“I will take all those elements together, and I will create a very small study of it and see if they will work together, or if it’s not going to gel,” she says. “Once I’m satisfi ed with the little study of it, then I’ll transfer it to a larger canvas.

“Obviously it’s completely different on the canvas. So it only informs me in terms of the vibe I’m going for, and the placement [of things]. The beauty of the little ones is that you do a fl ick of your paint brush and you’ve done a tree. Whereas with the larger ones, I have to be a lot more considered as to where things get placed on the canvas.”

As for Julie’s interest in science and psychology, that hasn’t waned, and she seems to have found a way to integrate that into her art.

“I love the world, and I love science, but I found it very hard to just pick one thing to do,” she says. “With art, you can do a lot of different things.

“I still read a lot of psychology books, but they tend to be about creativity and innovation now, and cognitive psychology. I just love fi nding out about the people who buy certain houses and how they decorate them, and how that’s a refl ection of how they want to be seen.

“All that side of things is just fascinating.”

Over 45 artists on permanent display with a different featured artist each month...