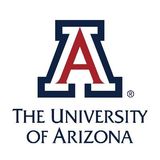 For many students, math classes can seem like insurmountable mountains. SALT Center tutor, Jason Keatseangsilp, believes that open-mindedness and determination are ultimately what determine whether or not a student will succeed in these tough classes.

As a tutor, Jason strives to show students that they really can do what they previously thought was impossible, as long as they show up, put in the work, and ask for help when they need it.

It’s a valuable life lesson that Jason exemplifies every day of his life, a lesson that he has learned through his own struggles with adversity inside and outside of the classroom.

Throughout high school, Jason always got passing grades and enjoyed playing tennis, his favorite sport, but admits that he could have done much better if he’d only been mature enough to ask for the extra help he needed –a classic case of teenage pride. In November of his senior year, Jason was repelling when he had a catastrophic fall of nearly 40 feet which left him permanently paralyzed from the waist down. The 2011 accident truly tested Jason’s resilience and helped him realize that there is no shame in asking for help when needed.

Immediately after his accident, Jason was hospitalized for 12 weeks and underwent demanding rehabilitation therapy, which was only effective because of his hard work and active participation. His dedication paid off and he was actually able to return home in time to finish out his senior year and graduate on time with his class that spring.

After high school, Jason became a Biomedical Engineering student at the University of Arizona with a minor in mathematics, where he dedicated himself completely to his studies and put other endeavors on hold. If a math assignment only required a true or false answer, Jason would still write out all the steps that lead to the solution and meet with tutors to work through complicated problems. This exhaustive approach often took two or three times as long, but helped ensure that he understood the concepts completely.

Early on in his undergraduate studies, Jason had to take a semester off for back surgery, but with the help of tutors, medical professionals, and the support of his family, returned to school taking extra classes and summer sessions to make up for lost time.

Jason’s intensive studies and work ethic have paid off in major ways. For his senior design project in Biomedical Engineering, Jason helped design a custom “exoskeleton” for a fellow Arizona student with limited mobility, which allowed him to gradually retrain his body to stand and walk again. A patent and licensing arrangements are now being pursued to help bring the innovative invention to market.

Despite his tremendous success as an undergraduate student, Jason realizes that he’s not done learning. In fact, the difficult process of building the “exoskeleton” helped Jason realize that there are still areas of engineering that he still wants to learn more about and he plans to eventually pursue a master’s degree in the field.

For the time being, however, Jason has returned to his lifelong passion of tennis where his work ethic has quickly catapulted him into the international rankings and earned him an impressive spot on team USA. This year he competed at the Wheelchair Tennis World Team Cup in Israel and aspires to represent Team USA in future Paralympic Games.

Fortunately for students enrolled in the SALT Center, when Jason’s not engineering biomedical devices or traveling the world for tennis competitions, he can be found meeting one-one-one tutoring students. When meeting new people in his travels around the world, Jason says that he always introduces himself first as a tutor for the SALT Center, because he is so proud of the impact he gets to make here. He says the feeling he gets when he works with a student all semester long and they do well in their class, “That’s a rewarding feeling that you can only work towards and can’t just buy. I love it!”