In Conversation with Dame Pippa Harris 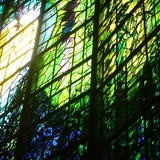 Daisy Thomas is a second-year English student, with interests in writing and politics. She was a Vice-President of the RCSA Committee in 2019-20.

In times of social distance and separation, I was still lucky enough to be brought together (virtually) with one of Robinson’s most prominent alumni. Dame Pippa Harris - Deputy Chair of BAFTA and producer of Call the Midwife, 1917 and co-founder of Neal Street Productions - gave up time from her busy schedule to sit and talk with me. Having been at Robinson in the late 1980s, she was delighted to speak with me about her university experience, her career in film and what lies in store for the creative industry.

We began by reminiscing over her days at Robinson. An English student like me, she recalled how she ‘loved studying at Robinson’ and particularly enjoyed ‘the work on 20th century drama’. Her Director of Studies at the time, Judith Weiss, was ‘really inspirational’ in terms of giving both guidance and ‘complete independence’. Dame Pippa explained how she enjoyed Robinson’s role as ‘a relatively new college’ when she was here, and how it was ‘quite freeing to be in a college that was relatively new because there wasn’t a whole load of baggage’; she felt she was ‘discovering it’ for herself. She noted that ‘everyone was always very envious of our facilities. People would come round literally to look at our bathroom because they had to trudge down 16 corridors in the dark to one cold tap, whereas we all had ensuites or bathrooms shared between a couple of rooms’. She laughed as she remembered this. While we wondered whether Robinson has managed to shake that ‘new-and-interesting-but-mostly-unknown’ reputation, I mused that the drawing factor for other students is currently the paninis from the Red Brick Café rather than our bathrooms.

When asked about the theatre scene at Cambridge, she reflected on her time at the ADC Theatre and the Marlowe Society of which she ended up President in her third year. Through this, she was able to find out about the different roles that went into creating a piece of theatre. It was here that she began to understand what ‘production’ really meant. In her words, ‘as a student you know quite a bit about what direction is. You know clearly what actors do, but being a producer is something that is slightly different. Because it is behind the scenes, it is not something that you really understand (or at least I did not understand when I was at school). In particular, I am not sure I had even ever heard of a producer, so being able to be in that position [as a student] in a professional theatre [was] really, really helpful later.’

Tracing her development from a Robinson student to a high-level producer, Dame Pippa explained in detail what her day-to-day life is like. While some producers mainly focus on finances and budget management, she aims to be a ‘more creative producer’ who has a role in ‘shaping the story... from the outset’. This involves working closely with the writer and choosing a director to work with. Recently she has been working on an adaptation of John Fowles’ The Magus and when looking for ‘the perfect person to direct it’ she reached out to Johan Renck, who had just been hugely successful with his drama series Chernobyl. This, she said joyfully, was one of those situations ‘when it slots together very easily’, as Renck immediately agreed to come on board. Dame Pippa spends her time doing what she calls ‘rallying the troops’ including cinematographers, editors, composers and costume designers in an industry where there’s ‘never enough time’ and ‘never enough money’. Despite the multi-layered network of troops involved in creating a film or series, being a producer means ‘you’re one of the few people who stays right through the whole production process’. Indeed this post-filming involvement is one aspect she thoroughly enjoys, noting how ‘settling on the right imagery to use on the poster’ and ‘working out what the ads should look like’ is a fascinating part of the job.

The question following this was of course: how do I get involved?! For graduate students wanting to follow a similar path into the film industry, Dame Pippa described how ‘there are lots of entry level jobs as runners’ which gives ‘a good overview of what the various roles in film are’. After graduating from Robinson, she worked as a script reader working for various companies such as Channel 4 and the BBC. Her first proper script-editing job was Soldier Soldier on ITV, which was where she realised that it was an area she loved and could work her way up towards producing through that route.

Despite her impressive career as a woman in the film industry, we both agreed that, like any industry, there are plenty of barriers still in the way for women or other marginalised identities trying to make progress. When she started out, she ‘only worked with one female director’ and ‘never saw a female cinematographer’ because women on set were often compartmentalised into the costume and make-up departments. However, she does explain that producing tends to be far more gender-balanced than directing where ‘something around 92% of mainstream television drama is directed by men’. Although the film industry has made progress in this area, she feels that there hasn’t been a huge change and black and minority ethnic women are given even fewer opportunities to break into the industry. As an Ambassador for Women for Women International, Dame Pippa has taken pride in the work she has done towards achieving gender equality within the industry. On Call the Midwife, she has made a point of supporting female directors and has given many female writers and directors their first break. BAFTA has just published a report reviewing the whole film awards process, to look at what steps are needed to level the playing field for underrepresented groups in the industry. Following this report, which has introduced many changes at BAFTA, she hopes to see greater diversity and a greater balance in terms of gender.

As we move on to discussing her company, Neal Street Productions, she talks fondly of her friendship with Sam Mendes, a co-founder of Neal Street, and director of 1917, with whom she studied at Cambridge. She recalls their various theatre projects at the Corpus Playroom, Edinburgh Fringe Festival and ADC Theatre. They had discussed setting up a company together for a long time, but it wasn’t until Mendes left the Donmar Warehouse in 2003 that they started Neal Street and haven’t really looked back. As a company Neal Street is unusual in that it works across theatre, film and TV. This gives them the freedom to work with writers like Jez Butterworth, and actors like Benedict Cumberbatch and James McAvoy, on projects for both stage and screen.

Inevitably the discussion moved towards the current COVID- 19 situation that has managed to upturn completely the film and theatre industry. Harris believes that ‘live theatre has been decimated and there is very little chance that we’re going to get theatre back up and running this year’ which in turn affects not just actors and directors but the staff who work in those buildings, whose livelihoods depend on live theatre being there. Dame Pippa is, however, more optimistic about the fate of the TV industry because she has got both Call the Midwife and Britannia back filming for the last six weeks in a safe environment with rigorous protocols. Despite the negative impact that the pandemic has had upon the arts there is still hope for new and ingenious ways that creativity can prevail. I spoke of my own experience watching different Cambridge ADC Theatre Online events that involve students filming different monologues in their bedrooms and broadcasting them online during the temporary closure of the ADC theatre. Dame Pippa talks fondly of the increasing popularity of drive-in cinemas that recreate the joy of collective film-watching without any of the risk.

As the interview was drawing to a close, I could not help but ask about her experience producing the incredible 1917. It turns out the one-shot camera technique produced far more filming complications than one could ever expect. She talks of the inconsistency of the English weather and how they needed an overcast day in order to film which meant that filming was delayed repeatedly. However, they managed to achieve a rhythm of falling behind schedule and then catching up in line with the weather until the final product was ready and better than anyone could have expected.

Although she could not reveal many projects of her own, Dame Pippa seemed hopeful that there would be opportunities to get back on schedule over the next year. In the last moments, she described how hugely blessed she feels to have had such an incredible career. She says that, as a producer, ‘whenever I think that it’s time to stop producing and maybe take a break and do something else, then I fall in love with one of the shows that we’re developing and you can’t wait to see it on screen so you sort of wait... and suddenly years go by’. With so many projects still in the works, Dame Pippa still has an amazing career ahead of her - one that a current Robinson student like me can only hope for.

The full interview can be watched online on the Robinson College website: www.robinson.cam.ac.uk