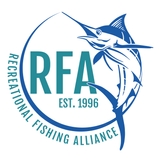 August 04, 2020 The Summer Ecosystem Monitoring, Northern Shrimp, Autumn Bottom-Trawl, and Summer/Fall Plankton surveys have been cancelled for 2020. Due to the uncertainties created by the COVID19 pandemic and the unique challenges those are creating for NOAA Fisheries, we are cancelling four research surveys off the East and Gulf Coasts of the United States. The cancelled surveys include:

Northern Shrimp Survey (NEFSC) Summer and Fall Plankton Survey (SEFSC) These are difficult decisions for the agency as we strive to balance our need to maintain core mission responsibilities with the realities and impacts of the current health crisis.

Since March, we have been rigorously analyzing various options for conducting surveys this year and are taking a survey-by-survey, risk-based approach. After much deliberation, we determined that we will not be able to move forward with these surveys while effectively minimizing risk and meeting core survey objectives. The Cancelled Surveys The Summer Ecosystem Monitoring Survey is run out of the NOAA’s Northeast Fisheries Science Center. It captures seasonal changes in the ocean environment, information used for multiple scientific inquiries. Over its 33-year history, some seasons have been missed and the number of annual surveys has varied, and methods have been developed to bridge these data gaps. The Northern Shrimp Survey is conducted aboard the R/V Gloria Michelle, a 72-foot ship maintained by the Northeast Fisheries Science Center. A major use of survey data is setting shrimp fishery quotas. The shrimp fishery is closed until 2021.

The Autumn Bottom Trawl Survey, also run out of the Northeast Fisheries Science Center, has been conducted since 1963. It provides crucial resource and ecosystem data, especially for fishery stock assessments. A future bottom longline survey and new work on industry-based sources of data may help mitigate data gaps. The Summer/Fall Plankton Survey is run out of NOAA’s Southeast Fisheries Science Center. It covers the entire continental shelf in the Gulf of Mexico region from Brownsville, Texas, to Key West, Florida. It is the only fishery independent survey available to measure the spawning capacity of the adult population of Gulf of Mexico King Mackerel. It is an important supplemental survey for red snapper and several other reef fish. Next Steps These cancellations follow similar difficult cancellation decisions of the ship-based work we had planned from April to July. NOAA Fisheries is continuing to assess the status of other surveys in

all our regions. We are working through numerous survey scenarios relative to community pandemic safeguards and safe work practices so that we maximize the science available for fisheries management in this challenging year.

Are All US Sharks Overfished?

August 07, 2020 The majority of sharks harvested in the United States are species with above-target population levels. And we have rebuilding plans for all overfished species. The world’s oceans are home to around 500 species of sharks. With so many species, it’s difficult to talk about the status of shark stocks overall. Regardless of the species, federal laws and regulations work to ensure that shark fisheries in the United States are healthy going into the future. Read the facts below to learn more about what it means to be overfished and how we sustainably manage our shark fisheries. 1. U.S. law requires that shark fishing rules foster long-term biological and economic sustainability. Fishery management in U.S. federal waters is governed primarily by the Magnuson-Stevens Act. First passed in 1976, the act requires that all fishery management plans meet 10 National Standards. That means the approximately 50 species of sharks managed in federal waters are fished under rules designed to:

Ensure a safe and sustainable seafood supply Gulf of Mexico blacktip sharks are a good example of these rules at work. A popular food fish, blacktip sharks experienced a slight population decline in the 1990s. We established a quota specifically for this population in 2015. That combined with retention limits tied to other commercially valuable species contributed to a higher population today than the target level set by scientists.

It’s a common misconception that overfished species are at risk of extinction. But the categories of overfished and overfishing are not directly related to threatened and endangered designations under the Endangered Species Act. To understand the difference, it helps to know another term: maximum sustainable yield. This is the largest catch level that a species can sustain over a long period of time. If a stock is declared overfished, that means its numbers have fallen too low to produce its maximum sustainable yield. An overfished status doesn’t say anything directly about whether the species is endangered or likely to become endangered. NOAA Fisheries is dedicated to rebuilding overfished stocks. Of the 43 shark stocks managed in the Atlantic Ocean, six are overfished. We have put rebuilding plans in place for each of these with strict catch limits based on the best available science. These limits are closely monitored and enforced.

The vast majority of sharks harvested in the United States are species with above-target population levels. In the Atlantic, for example, 94 percent of all U.S. shark landings in 2018—including bycatch—were of five species, which are neither overfished nor subject to overfishing:

Atlantic sharpnose shark Two of these—spiny dogfish and Gulf of Mexico blacktip—have actually experienced population growth over recent decades. Learn more about how spiny dogfish have benefited from sustainable management 4. Some of the shark stocks at risk overseas are strong in the United States. It’s true that unsustainable fishing, habitat loss, and other practices such as shark finning have greatly depleted some shark populations overseas. In the United States, we’re committed to ensuring sustainability through sciencebased management. U.S. fishermen operate under some of the most transparent and robust environmental standards in the world. We use annual quotas, retention limits, naturally attached fin requirements, and other tools to prevent overfishing. Our management also keeps fishermen on the water and ensures fresh seafood is available to consumers. Effective enforcement is also a critical component of our fisheries management approach. NOAA Fisheries conducts patrols both on and off the water. We also monitor vessel activities, conduct investigations, and use other measures— including emerging technologies—to ensure fishery management rules and regulations are followed. Learn more about our shark fishing rules and regulations Learn more about how we support international shark conservation

July 29, 2020 - A new report released last week by the Science Center for Marine Fisheries (SCEMFIS) found that the Bureau of Ocean Energy Management (BOEM) “paid insufficient attention” to the total impact of offshore wind beyond the proposed Vineyard Wind project in its latest environmental report. SCEMFIS researchers also found that BOEM failed to address the scope and scale of offshore wind’s impacts on fisheries surveys beyond categorizing them as “major.”

the Vineyard Wind project off the coast of Massachusetts. The SEIS sought to analyze the cumulative impacts of every reasonably foreseeable offshore wind development on the U.S. East Coast in the coming years.

“In the case of the present SEIS, one cannot evaluate the total impact of the proposed development of the Mid-Atlantic Bight as insufficient attention is paid to the impact beyond the Vineyard Wind project, whereas the cumulative impact is the issue of greatest concern,” the SCEMFIS team wrote. While the SEIS analysis is “extensive across potentially affected resources,” its frequent “lack of detail” is a weakness, they wrote. The most important direct economic impact of offshore wind on fisheries could be the impact of turbine placement on stock assessments, the SCEMFIS report found. Surveys are unlikely to be conducted in wind areas, in which case it is assumed that no stock exists there. This would likely lead to quota reductions, especially due to increased uncertainty in the assessments, and the resulting long-term effects would not be able to be resolved by a single-year compensation plan. While the SEIS correctly categorized such impacts as “major,” the SCEMFIS team wrote, “it does not address the scale and scope of these impacts.” The SEIS also seemed to overlook potential changes in vessel transit routes that make certain areas no longer profitable to fish, the team wrote. The biggest indirect threat to fisheries is a likely increase in marine mammal entanglements in and near wind areas, according to the SCEMFIS report. This could result from an increased density of fishing gear due to a reduction in available fishing areas and a new source of entanglements from offshore wind construction and operations that could be mistakenly attributed to fisheries. Greater threats to marine mammals would lead to greater limitations on fishermen, and the SEIS should have classified these impacts as “major” instead of “moderate,” the researchers wrote. There are also several potential environmental impacts from offshore wind that the SEIS did not adequately explore, the SCEMFIS team found. For instance, the SEIS considered impacts on the ecologically important “cold pool” of water that extends seasonally off the U.S. East Coast, but only focused on impacts during some parts of the year. Seasonally, this region experiences one of the largest transitions in ocean stratification of anywhere in the world. Weakening the cold pool could help generate “the most catastrophic ecological event on the continental shelf the world has ever seen,” the researchers wrote, so great care must be taken to show the chance of an impact from offshore wind is “vanishingly small.” Such science is not present in the SEIS, they

wrote. Additionally, the SEIS mentioned climate change “without coming to grips with the seriousness of the problem,” according to the SCEMFIS team. While the SEIS considered the current state of resources in the Mid-Atlantic and Northeast, it failed to adequately consider changes in species and fishing distribution that are likely to continue as a result of climate change, the team wrote.

The Official Publication of the Recreational Fishing Alliance

Anti-fishing groups and radical environmentalists are pushing their agenda on marine fisheries issues affecting you. The Recreational Fishing Alliance (RFA) is in the trenches too, lobbying, educating decision makers and ensuring that the interests of America’s coastal fishermen are being heard loud and clear. Incorporated in 1996 as a 501c4 national, grassroots political action organization, RFA represents recreational fishermen and the recreational fishing industry on marine fisheries issues on every coast, with state chapters established to spearhead the regional issues while building local support.

“The biggest challenge we face is the fight to reform and bring common sense and sound science into the fisheries management process," says James Donofrio, RFA founder and Executive Director. “Anti-fishing and extreme environmental groups are working everyday to get us off the water.” Despite the threats to diminish access to our nation’s resources, Donofrio says that RFA offers members hope in an organization that’s designed from the ground up to fight back. “As individuals, our concerns will simply not be heard; but as a united group, we can and do stand up to anyone who

This story is from:
Making Waves Fall 2020
by Recreational Fishing Alliance