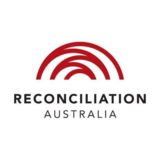 from 'Reconciliation News May 2021'

LOOK FOR A BOOK!

In 1986, the first Indigenous photography exhibition was held at the Aboriginal Artists Gallery in Kent Street, Sydney. In 2021, the National Film and Sound Archive is hosting a major exhibition of works by a photographer considered to be the ‘father’ of First Nations photography in Australia.

The September 1986 NAIDOC Week Aboriginal and Islander Photographers[1] was a landmark exhibition.

Showing the work of First Nations artists—established and emerging— it included a number whose careers later soared, nationally and internationally, and others for whom it was one of the few times their work was publicly exhibited.

The gallery no longer exists but the work of those photographers continues to frame the space of First Nations photography in Australia today. Michael Riley, Brenda L. Croft, Tracey Moffatt, Mervyn Bishop, along with Darren Kemp, Tony Davis, Chris Robinson and Ros Sultan were the photographers featured in that 1986 exhibition.

Their work is recognised in the canon of Australian photography beside that of Frank Hurley, Olive Cotton, Max Dupain and Rennie Ellis.

From the early 1980s onwards, individual First Nations photographers, including Brook Andrew, Richard Bell, Gordon Bennett, Destiny Deacon, Fiona Foley, Dianne Jones, Ricky Maynard, Tracey Moffatt, Michael Riley, Christian Thompson and many others gained increasing recognition for their work. These and other photographers worked to overcome memories of generations and centuries of indelible mistreatment, and the mistrust and hatred held by Aboriginal and Torres Strait Islander people, and people of colour, towards that most abusive of colonial weapons: a camera—being both object and subject of interpretation by non-Indigenous outsiders.

First Nations photographic practice developed both as a medium for political articulation and as a response to colonial white imaging and appropriation. This has been articulated through a wide range of photographic styles and approaches from documentary and portraiture to conceptual work.

Michael Riley (Kamilaroi/Wiradjuri), for instance, worked in black and white documentary styles as well as film, video and conceptual work.

Much of his work, like other First Nations photographers, concentrated on producing images which articulate the strength, grace and resilience of Aboriginal and Torres Strait Islander peoples as opposed to the stereotypical approaches of a bleak photo-journalistic approach from non-Indigenous photographers.

Yet at the same time, Riley’s work strongly addressed the sacrifices First Nations peoples have made, the debilitating effects of introduced disease and collective anger following two centuries of dispossession and dislocation.

In contrast to Riley’s haunting evocations of damaged land and damaged souls, Destiny Deacon (Erub/Ku Ku/Mer Peoples) drew on lived experiences of First Nations communities living in metropolitan areas—often under the radar or on the margins—co-opting kitsch Aboriginalia/memorabilia, family members and friends into fantastical scenarios.

The largest survey of her work to date, DESTINY, was shown at the National Gallery of Victoria this year. It presented more than 100 multi-disciplinary works made over a 30-year period, as well as newly-commissioned works.

Bishop is rightly considered the ‘father’ of First Nations photography in Australia and his work has significantly influenced our collective understanding of Australia’s history.

It wasn’t just his photographic skill but his cultural understanding and respectful but firm approach that enabled the capture of the iconic image Prime Minister Gough Whitlam pours soil into hand of traditional land owner Vincent Lingiari, NT (1975). About twenty years before the 1986 exhibition Mervyn Bishop, a young Aboriginal man from Brewarrina in NSW, started a photography cadetship with the Sydney Morning Herald.

Aborigine Trains as News Photographer screamed the headline in Dawn Magazine, a publication of the NSW Aborigines Protection Board.

A few years later in 1971, he won News Photographer of the Year Award with his front-page photograph, “Life and Death Dash”, a career-defining honour.

In a 1991 interview with Tracey Moffatt curator of his first national exhibition celebrating 30 years of his work, In Dreams, he said, “It was customary at the Herald that if any photographer won the award, they would instantly get promoted, but that wasn’t to be for me.

“I’d hit a barrier in what I had to remind myself was still a white world.”

It made him think it might be time to put his energies into working for his own people.

Merv started with the newly-formed Department of Aboriginal Affairs (DAA) in 1974 travelling to and documenting First Nations People, communities and events.

National politics was taking off and photography was his way of becoming involved with the new Aboriginal movement.

“I’d never been able to participate in an overt political way, because all my life I’d been so busy with work,” he told Moffatt. His body of work has covered key social, political and historical events throughout this time.

It ranges from images from his cousins in a rowboat on the river at Brewarrina, to the faces of the who’s who of the national political movement of the times.

In 1986 photographers were carefully planning each shot, configuring every click of the shutter due to the cost of film and processing.

Now the digital world is full of huge numbers of images by and for Aboriginal and Torres Strait Islander peoples; from the instantly created to the carefully curated.

Australian First Nations photographers have shown internationally for decades and photographers and photomedia artists such as Tony Albert and James Tylor—along with many others— continue to reflect dynamic and evolving cultural photographic practices.

This success continues a conversation started by those trailblazing Aboriginal and Torres Strait Islander photographers who first subverted the colonial lens to capture the world through their eyes.

Mervyn Bishop, The Exhibition is on at the National Film and Sound Archive of Australia, Canberra, until 1 August

[1] At the time NAIDOC was a bit of a movable feast, sometimes held in July, on other occasions in September.