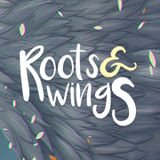 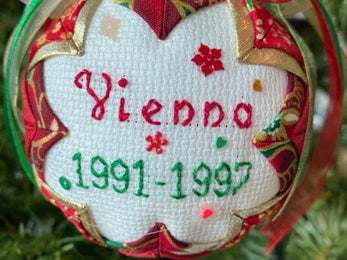 Christmas exemplifies Filipinos’ faith and resilience. It is also the most awaited and the longest feast to be celebrated in the Philippines. At the onset of the ber months, September first; the spirit of the yuletide season can be felt instantly. This is regardless of typhoons, volcano eruption, earthquake, and the pandemic.

Filipinos start adorning their houses with colourful twinkling lights, hang the iconic star-shaped parol or lantern, raise up the Christmas tree, and set up the Belen, the nativity showing baby Jesus in the manger, Saints Mary and Joseph, the tree Kings, and the lambs.

Business establishments also redo their display windows with the holiday theme while radio and television stations begin the Christmas countdown. Streets are vibrant illuminated with more lights while Christmas carols can be heard at every corner.

Customs and traditions Jesus is the reason for the season is not lost among the Filipinos, especially the Catholics in celebrating Christmas. Many attend and complete the Simbang Gabi or Misa de Gallo. It is a nine-day mass held at the break of the dawn that begins on December 16 and ends on December 24, the Christmas eve.

And Simbang Gabi is not complete without the native delicacies like bibingka and the puto-bumbong. The aroma of the freshly cooked rice cakes entices the churchgoers to queue on makeshift stalls or kariton to have their share of the steaming delicacies -- the perfect breakfast treats. They are usually downed with hot chocolate drink tablea or freshly brewed coffee, kapeng barako.

(Bibingka is made of glutinous rice mixed with coconut milk. It is cooked in a pan with fire on the top and at the bottom. It is glazed with caramelized sugar and garnished with freshly grated coconut.

Puto-bumbong is made with sticky purple rice stuffed in a thin bamboo tubes and steamed over earthen charcoal stove. It is glazed with margarine or butter and topped with freshly grated coconut and muscovado sugar.)

Adding upbeat to the long holiday celebration is the Filipinos musicality. At night, groups of youngsters, and at times elderlies, go house to house serenading the residents with Christmas tunes. Karoling as it is called, is a practice unique in the Philippines. This tradition exhibits Filipinos hospitality and generosity. Carollers are given money as token and at times, they are invited inside the house to partake some merienda or snack.

A tradition that goes down from generation to generation that is very much alive today is the Noche Buena or the Christmas Eve dinner. More than their religiosity, Filipinos are generally family oriented. Every member is gathered during the Noche Buena where they feast on roasted pig or litson, queso de bola, ham, atsara (pickled green papaya), and rice cakes. Desserts are either fruit salad or leche flan (egg custard). It is also during this time that the families exchange their gifts.

Meanwhile, New Year is an extended Christmas celebration among Filipinos. Playing Christmas carols do not stop until the Feast of the Three Kings on January 6 (or the first Sunday of the month). Going to church is also a tradition, people attend the evening mass on New Year’s Eve.

Before the turn of the year, families are gathered to have their Media Noche, the late-night dinner. At the struck of 12, everyone goes out of the house to light the fireworks and make noises to welcome the new year. Old folks believe that the loud sounds will drive away the “bad lucks” of the past year.

They also believe that it is best to open all windows and doors to allow fresh graces and blessings in. And all lights are also switched on to pave the way for brighter days ahead.

Holiday Attractions A country of more than 7,000 islands, anyone who wants to spend Christmas holiday in the Philippines has a wide selection of places to go to and attractions to choose from. Each town has its unique way of celebration showing diverse culture and traditions.

One famous attraction is the Giant Lantern Festival in San Fernando, Pampanga. It is a yearly event that dates back in 1908. It showcases giant lanterns or parol in different shapes and colours that are meticulously and artistically crafted by local makers. The event is capped by choosing the most beautiful parol.

People from all over the country troop to the province to buy their parols that are intricately made from capiz (mother of pearl) festooned with coloured and dancing lights.

Not to be missed is the Festival of Lights at the Ayala Triangle in Makati. The cosy park is turned into a magical land; the trees are decked with multicoloured lights that twinkle following the beat of lively Christmas carols.

A walk along the stretch of Ayala Avenue takes you to wonderland. The street is prepped with a montage of Filipino culture and Christmas decorations enhanced by dancing and shimmering lights.

An old-time attraction is the moving tableau at the Greenhills Shopping Center. People troop to the complex in San Juan City to watch the evening show that depicts Christmas stories.

The revitalized city of Manila offers attractions like the newly restored Jones Bridge, the historical Spanish Fort Santiago inside Intramuros, and the Rizal Park with its dancing fountain.

Throughout the Christmas season, the whole country is bustling with joy and merriment. Nothing, not even the pandemic, can deter the Filipinos from commemorating the birth of Jesus Christ, the reason for the season.

This story is from:
Roots & Wings | December 2020
by Roots and Wings