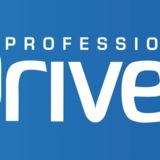 It’s all in the timing

Launching a new London chauffeur business at the height of the Covid-19 pandemic was perhaps not the obvious thing to do. But that’s what French-owned Chabé did in late 2020

For managing director david bruce, a former Tristar director, the timing hasn’t worked out too badly. With most executive chauffeurs struggling for work, entering the market at ‘ground zero’ meant things could be set up properly for when the good times come back.

“On one hand, the timing couldn’t be worse, but it has allowed us to put systems, marketing and a fleet in place. You can’t do that so easily if you’re trading at 100mph. So we’re ready for when the market returns.

And while the comeback is still around the corner, Chabé has grown organically. Starting with just two cars, it now has five. And the company has made its first acquisition, adding Global Chauffeur, the chauffeur division of Global Interconnextions, to its business.

The move is a good strategic fit, says Bruce, as both companies serve the London luxury hotel sector, as well as private individuals. And Global Chauffeur had launched an operation in France in 2019, giving further synergies with Chabé in Paris. “We have had a strong reception in London since launching last year and joining with Global Chauffeur really accelerates the plan by bringing new relationships and operational experience to the business,” says Bruce.

The combined business will be based at Stockley Park near Heathrow Airport. Chabé is planning to move to new premises on the business park in the near future. The site is close to the former Tristar base in West Drayton, and the Tristar legacy is clear – everyone involved in Chabé , from managers to drivers, is a former Tristar staffer.

But that’s where the similarity ends. “David and I are very conscious that we are not creating ‘Tristar 2’,” says operations director Dan Stener. Chabé is not going head-to-head with the likes of Uber Executive or Blacklane. Nor is it likely to be pitching for the airline contracts that built Tristar’s reputation in the past. “We’re talking to travel bookers who don’t want to use an app,” Bruce says.

Instead, the top end of the market is being targeted. “With Chabé group it’s a level above where Tristar operated,” Bruce says. Chabé’s reputation in Paris means the London arm has won business from luxury hotels and brands, bringing in a lot of new business alongside some former Tristar clients. “There’s a lot of synergy with Paris. Being able to do pickups at both ends of the Eurostar at St Pancras and Gare du Nord is very powerful for clients.”

As Chabé grows, Bruce intends initially to recruit some of the best ex-Tristar drivers: “We have a pool of fantastic chauffeurs who would love to join us. We’ll prioritise the platinum team from Tristar.”

Stener concurs, though he’s prepared to look outside the ex-Tristar talent pool. “Our next round of recruitment is likely to be a much more open process.”

Other target areas include roadshows and events. “Event provision is key for us,” says Stener. “We’ve recruited people into the business who are specialists in a particular area such as roadshows and handling high net worth individuals. We’re tailoring the service to client – I don’t want to create a ‘contact centre’ feel.”

A recent win has been Chabé being chosen as preferred chauffeur partner to AA hotels. “It’s a great fit for us,” says Bruce. The AA is a members club that is over 110 years old.” There are close to 60 London hotels with an AA 5-star rating. “All have relations with a chauffeur company but there’s clear blue sky for us, such as operating a zeroemissions fleet. We don’t expect business straight away – it’s about brand awareness. I want us to be a brand of consideration for the hotel.”

Going electric is something Chabé is embracing. Its fleet comprises plug-in hybrid BMW 745Le saloons, and for the first time, the all-electric Mercedes-Benz EQV seven-seaters. “A great car – and only game in town right now,” says Bruce.

Stener says the BMWs have been well-received too, thanks to loaded features in the back seats, which dispelled concerns of some Mercedeswedded customers. “They’ve been very reliable, and we’re very happy with them,” he says.

The Chabé business model has full-time employed drivers, so the transition to electric cars is a little easier, says Stener. “For an independent operator time is money – they might be turning down work while spending 5 minutes charging. But for a PAYE chauffeur where we’ve planned his day, it makes no difference.”

And planning is the key to the transition to EVs. “Out of London, you probably need a home charger. In London, can make it work on network,” says Stener. “But you have to plan. Chauffeurs have to embrace the change. They need to know how charging works, how to maximise range and avoid range anxiety. Drive like a chauffeur, with maximum regeneration. Know where the charge points are. Charge up at the end of the day when they really want to get home.”

As a seven-seater chauffeur car, there’s nothing other than EQV at the moment, Stener says. He’s happy with the levels of refinement and ride is better – “but I would have loved for it to have a little bit more range”, he admits. “A seven-seater with a 250-mile range would be a game-changer.”

The arrival in 2022 of Mercedes-Benz EQS and BMW i7 will make all-electric chauffeuring a possibility, and Bruce says the increasing emphasis on Corporate Social Responsibility (CSR) means companies such as Chabé will have to go down that route. “We need strong CSR credentials, so to say we have a ZEV/ZEC fleet is very important,” Bruce says.

Stener says: “CSR legislation means everyone has to follow a green path. It also includes our employment model. Are you a fair payer? All that falls within CSR model. It’s already being highlighted in RFPs and it’s an area we want to be strong in and approach very openly. That puts us in a really strong position.”

Nine months in and Bruce is very happy with progress. “We are getting fantastic recognition from customers across verticals we serve,” he says. Now it’s just a case of waiting for the business to return.

Stener adds: “As we go into the next quarter it’s very interesting to see if we get a bounce-back of normal day-to-day activity. Actual activity is low but the number of clients is growing because they like what we’re offering. Business travel is a perk of the job – everyone’s spent a long time at home and it’s a pleasurable part of the job.”

September is the most likely time for a revival, especially with banks ordering staff back to offices and the likelihood that financial roadshows will come back in the last quarter. The most important thing is the reopening of the US travel corridor. “Heathrow airport is still so quiet, Bruce says.”

“We’ll keep on doing what we’re doing and scale the business in a way that can deliver that consistently – it’s hugely exciting, he says. “In the end, the timing of our launch looks like it will be be OK – totally by chance. You can either contract, not invest or you can transform.”