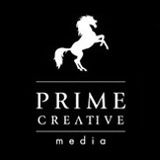 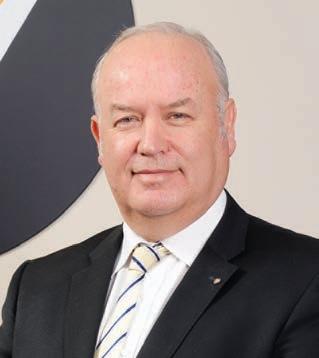 Back in November 2016, our CEO Brad Banducci shared news with the company that was incredibly confronting. It talked about the recent death by suicide of two Woolworths team members, one from our supermarket team and one who worked in our distribution centres. In his note, Brad said he had chosen to share the tragic news with everyone for two reasons. First, we were heading into one of our busiest times of the year – Christmas – and it was critical to look out for each other through this period. The second reason was that mental health in its various forms was, according to Brad, “probably the single biggest health challenge facing our business (and corporate Australia in general) and we need to prioritise it and work hard to put preventative measures in place to help our teammates with seeking assistance”. Brad’s openness about our own team members being here one day and gone the next was both confronting and cathartic. People didn’t openly talk about suicide let alone large corporations like Woolworths. Four and a half years on, Brad and Woolworths Group have not stopped talking about mental health. In fact, the conversation has only grown. In 2016, we offered team members access to five free counselling sessions as part of our Employee Assist Program. This program was set up to give team members confidential and independent assistance through access to short-term counselling and coaching for personal and work-related issues. Shortly after, the five free counselling sessions changed to unlimited counselling sessions, recognising that supporting someone’s wellbeing was not finite. Woolworths has always been a workplace where team members genuinely care about one another. You’ll often hear team members call it a family, but family members don’t always know what to do when someone they care for isn’t themself. So, in 2017 Woolworths Group launched a new wellbeing program called ‘I am Here’. The aim of the program was to provide general mental health awareness and training to anyone who wanted it. A major component of the program was a 20-minute online training course. It was designed to empower team members to better recognise what to do if they saw a team member who wasn’t themself or needed support. This taught team members three simple skills: Show you care. If you see someone in need of support, let them know you’re there to help. Ask the question — are you ok? Know where to get help, whether it’s reaching out to our Employee Assist Program, Lifeline or talking to your GP. Today around 38,000 team members across the Woolworths Group have completed the training course and are now ‘tribe’ members. That’s around 1 in 5 team members who were now more empowered than they were the day before to save a life. The program has since evolved with a two-hour ambassador course. This course increases a team member’s skill, confidence and courage to help people get the support they need. I’m so proud to see how far Woolworths has come with its commitment to mental wellbeing. Today, our team members get on-demand mental wellbeing support 24 hours a day, seven days a week. This is accessed through an app called Sonder. In November 2020, Woolworths partnered with Sonder, a free 24/7 safety and wellbeing service that connects team members to the support they need at the touch of a button. In our DCs the app is often referred to as ‘an angel in your pocket’. If a team member is in an emergency situation, simply looking for information or is keen to chat with a real person, Sonder’s on-demand network of nurses, emergency responders and mental health first aiders provides them with a private and confidential response. Since its launch, Sonder has since been extended to immediate family members, recognising that families deserve the same wellbeing support as our team members. We all have good and bad days. There may be days where something doesn’t feel quite right, something is on your mind or things just seem too much. Mental wellbeing does not discriminate. For some people, those thoughts pass and life goes back to normal. For others those thoughts linger, sometimes for years. Sharing the load with someone else can really help. No matter who you are or how you are feeling, you can talk it through. It’s ok not to feel ok and it’s absolutely ok to ask for help.

This story is from:
Prime Mover July 2021
by Prime Creative Media