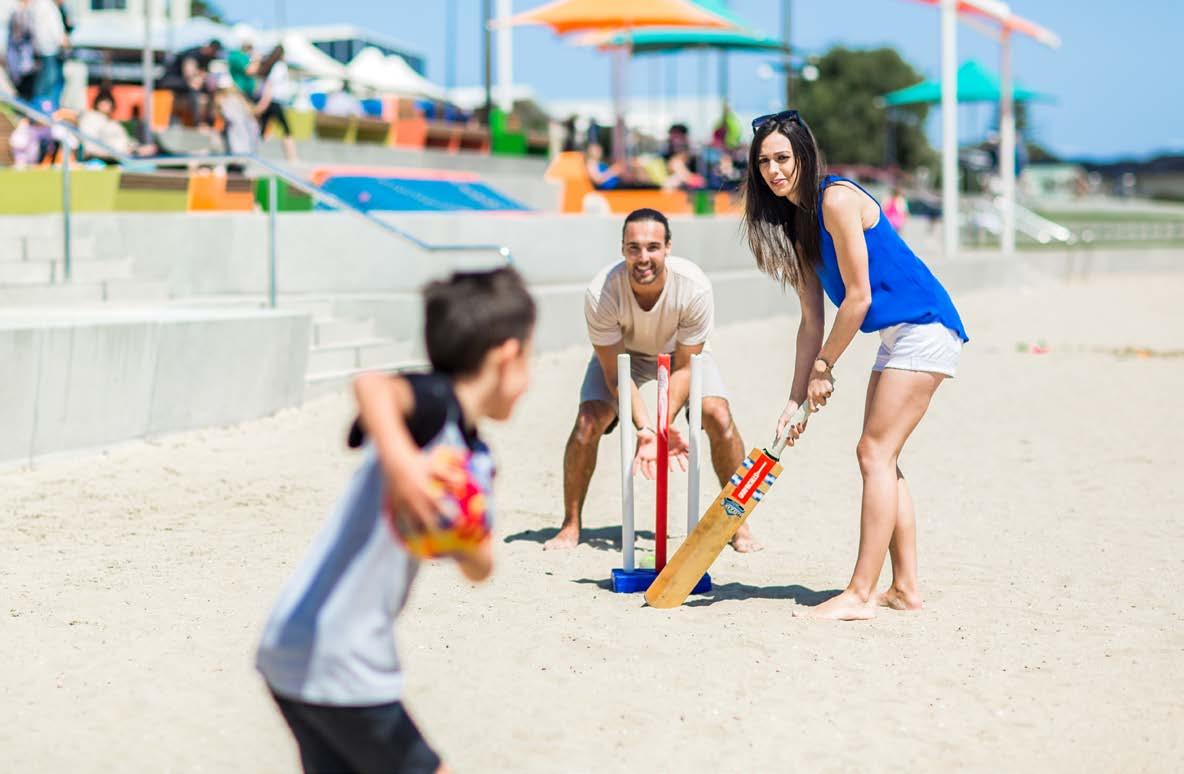 It was an extraordinary trip across the Simpson Desert which would provide Steve Madden with the spark of inspiration to start Sundowner Camels, a dusty, extreme experience driven by a desire for adventure, for something new. It was a decision which would help put the iconic Broome camel ride on the map.

“I had not long returned from a year in Africa and was thirsting for more adventures,” says Steve. “With that in mind, I went to Alice Springs and worked at the camel farm to learn more about camels.”

Camels are somewhat ubiquitous in the big red centre of Australia, so he couldn’t have picked a better spot to get to know these contrary beasts.

“I decided to cross the Simpson Desert using camels as my mode of transport and navigating solely by compass.” First of all, however, he had to catch wild camels and train them.

“That took three months, and then I was off for two months, walking across solo through the dead heart of the Simpson to Birdsville,” says Steve. “My only companions were three camels. I carried my own food and water unaided, and very purposely went without a radio.”

It would prove to be an adventure that would reveal the camels’ loyal and hardy personalities, as the little group endured many days of hardship during the trip.

“The camels won me over with their stoic attitude even when they didn’t have a drink for 20 days and I was forced to eat parakeelya alongside my camels (a succulent plant) due to water loss on the trip. The camels became great loyal companions in a relatively short time and never let me down.”

Upon his return, the decision was made: he would continue to work with camels, and became one of the original camel tour operators in Broome in the 1990s. It was Steve who first put a big team of camels on Cable Beach, and the rest, as they say, is history.

Thanks to his inspired idea, the WA tourism council decided to make camels part of Broome’s branding alongside pearls and Cable Beach. It’s not small thing to say that Stephen helped put camels on the map in Broome, and played his part in establishing the iconic perception of the town for tourists around the world.

Steve brought a further 15 from the wild into the pack, and in 2015 they hit the beach with 14 camels in total on the team. It was full steam ahead.

Thanks to the insight he gained during that epic desert trek, Stephen has a special understanding of what’s required from camels who work on Cable Beach.

“They are usually exceptional animals,” he says. “When you think about it, there is a lot of pressure for a large animal working in the public and the beach, particularly during busy times. Some camels are just not suited, they find it stressful, so the camels that do actually enjoy the entire outing are special.”

These special camels have the right temperament and the ability to cope with these pressures of a steady flow of riders, of all shapes and sizes, enjoying a stroll along the beach at sunset.

“They love the routine and are not required to overtax their lifting powers because we have strict weight restrictions.” The day starts early for Steve and his camels, with a nutritious breakfast of wellgrown Rhodes grass in a silage form served up to each animal. A snack of pellets is given to them too as they’re being saddled as well as a relaxing brushing (think camel massage). Upon return from a morning or evening at the beach, they’re given a bunch of carrots as a treat.

The camels, all sourced from the wild, are usually between five and 12 years of age, which, says Stephen, means they’re more emotionally mature and stable from an intelligence point of view.

Steve takes the task of training new four-legged recruits seriously - sometimes it takes a matter of weeks, and other times, more like months, depending on each camel’s individual personality.

“It’s a very comprehensive process. They have to be trained to cope with so many things in a public place,” he says. “My training philosophy is to teach them to differentiate between right and wrong with word commands; it's a way of setting parameters that work is a serious time and that after work is their time."

Over the years, Steve has come to know each of his camels very well, and although he’s loathe to single out a favourite, when pushed he chooses one with a famous name.

“If I had to single one out, I would pick Elvis. He is the boss camel and all the camels have a healthy respect for him. He usually sorts out any pecking order disputes without being a bully.

“I have had Elvis for 13 years and as an all-rounder he is about as good as camels can be. After I trained him we became instant friends. He is extremely loyal, intelligent and has an outstanding temperament.

Such is the connection Steve and Elvis enjoy, that his staff pull his leg that the camel sees him as a father figure.

“I say no,” says Steve, laughing. “He’s more of a day's man than I am, and in any case, he is better looking and taller."

Sundowner Camels has a steady stream of backpackers who head to Broome specifically to work with camels.

“The overseas people who work with the camels are often exceptional in that they have this real passion,” says Stephen.

“It’s often not just a job to them – it becomes part of their adventure, part of their unique travelling experience that they can share with their friends and family back home.”

The benefit of employing these ‘exceptional’ travellers has knock-on effects too.

“Because they love the job, they love the camels. The camels feel the love and it all flows,” he says. “Some of these backpackers have high positions in their chosen professions in their own country, but much prefer to work with camels.” Visit sundownercamels.com to book your ride.

This story is from:
Broome Visitor Guide 2019/2020
by Premium Publishers