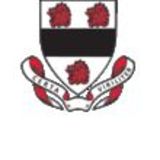 The number of Griffins who have made their mark on the world is staggering. Take Jon Stone ’48, the co-creator of Sesame Street. Or Thomas Garrison ’96, a National Geographic explorer. Or Felice Mueller ’08, an Olympic rower. Or Chelsea Cutler ’15, a singer-songwriter with over 30 million streams on Spotify. Remarkable people. Remarkable achievements.

In celebration of Pomfret’s 125th anniversary, we are shining a light on these difference makers — 125 individuals who represent the best of what it means to be a Griffin. This assemblage includes Nobel laureates and Oscar winners, industry titans and government officials, artists and athletes, activists and entrepreneurs. It also includes a number of people who are harder to label but no less extraordinary — people leading lives full of passion, courage, wit, wisdom, creativity, and grace.

Of course, for every remarkable Griffin who made the list, there are hundreds more who deserved to. It would have been impossible to take the full measure of them all. As with any ranking, this exercise was far more art than science, and we’d love to hear what you think.

EDWARD STREETER (1910) Author of Father of the Bride.

ALEX GIBNEY ’71 Oscar-winning filmmaker who has been called “the most important documentarian of our time.”

EBEN OSTBY ’73 Founding staff member of Pixar Animation Studios and a pioneer in the field of computer graphics.

JON STONE ’48 Regarded by many as the best children's writer in the history of television, Jon was an awardwinning writer, director, and producer. He is best known as the co-creator of Sesame Street, where he developed characters such as Cookie Monster, Oscar the Grouch, and Big Bird with Jim Henson. Stone won eighteen television Emmy Awards.

MATHER ZICKEL ’88 Film actor who has appeared in movies like Rachel Getting Married and I Love You Man.

SPENCER BAILEY ’04 Editor-at-large of the book publisher Phaidon, a contributing editor at Town & Country, and the creator of the podcast Time Sensitive.

HERBERT CLAIBORNE PELL, JR. (1902) United States representative from New York, US minister to Portugal and Hungary, and a member of the United Nations War Crimes Commission.

EDWARD DU PONT ’52 Noted philanthropist who worked for the Wilmington Trust Company (1968– 1985) and served as the lead donor on Pomfret’s Henry B. du Pont ’16 Library.

GIFFORD PINCHOT ’60 Advocate for sustainable business practices and grandson of the first chief of the US Forest Service.

DAVID HALL ’70 Pioneer in the field of self-driving car technology.

SOOHO CHO ’74 Former Chairman and CEO of Hanjin Shipping and the former Director of Korean Airlines.

JAMES SNYDER ’82 Systems administrator at the US Library of Congress.

PETER OLIVETTI ’95 The man behind Olivetti Bicycles in cyclehappy Boulder, CO, Peter is a master framebuilder with a reputation for crafting go-anywhere, multi-surface adventure bikes perfectly suited for the rugged terrain surrounding his rustic shop on the front range of The Rockies.

PETER GRAUER P ’02, ’10 Businessman and entrepreneur who succeeded Michael Bloomberg as chairman of Bloomberg L.P. in 2001. With his wife Laurie, he established Pomfret’s Grauer Family Institute in 2014.

MATT SCANLAN ’07 In 2015, Matt Scanlan packed $2.5 million into 32 plastic bags, piled them into the back of a rented Land Cruiser, and headed for the Gobi Desert. Named to the Forbes 30 under 30 list for 2018, Matt is the co-founder and CEO of Naadam Cashmere, a socially-conscious brand that has transformed the cashmere supply chain. “We’re disrupting a thousandyear-old business model by purchasing wool directly from herders at fair prices,” he says.

WILLIAM F. DRAPER ’31 Combat artist and prominent portrait painter of US presidents and other notables.

CORNELIUS VERMEULE III ’43 Scholar of ancient art and curator of classical art at the Museum of Fine Arts, Boston (1957 to 1996).

ORVILLE SCHELL ’58 Writer, academic, and activist, well known for his works on China.

PETER CORBIN ’64 One of the foremost sporting artists in America.

JEFF HOPKINS ’58 Jeff is an American Tibetologist who has authored more than twenty-five books about Tibetan Buddhism, among them the highly influential Meditation on Emptiness. From 1979 to 1989, he was the Dalai Lama's chief English interpreter, and played a significant role in the development of the Free Tibet Movement.

BESENIA RODRIGUEZ ’96 Besenia is the senior associate dean of curriculum at Brown University, where she oversees course proposal and concentration reviews, global experiential learning, and curriculum development and assessment. Originally from the South Bronx, she was the first in her family to attend college. “At Pomfret, I learned to ask questions, to make mistakes, to ask for help, and to listen to my own voice,” she says.

PETER DALAND ’39 Olympic swim coach and a member of the International Swimming Hall of Fame.

DAVID ROSEN ’73 Adaptive rower who has competed on some of rowing’s biggest stages.

JOEY MOFFITT ’82 Sailor and consultant to US Olympic and Paralympic Sailing.

KAY COWPERTHWAIT ’87 Former head coach for lacrosse at Stanford and hockey at Amherst.

WALLY GOODWIN ’45 Wally is the longtime Stanford golf coach who famously recruited Tiger Woods when he was only 13 years old. Wally won the national championship in 1994.

TOM SPERRY ’91 Tom is an extreme ultramarathoner who races in some of the world’s most hostile environments. He has twice competed in a 250-kilometer race across the African desert. “Basically, your body breaks down and it becomes a race of suffering and your willingness to keep going,” he says. “It becomes a race of mind and spirit and heart. You really dig deep and focus on what and who is important to you. It is really an amazing thing to experience and very hard to describe.”

HUNTER TEMPLE ’53 Hunter is a six-time Ironman competitor who is still racing as an octogenarian. Among his many accomplishments, Temple has qualified for the Ford Ironman World Championship four times since 1985. During his third Ironman World Championship in 2010, he crashed 90 miles into the 112-mile bike ride, suffering a fractured hip. Despite his injuries, he peddled the remaining twenty-two miles before medics forcibly removed him from the race. Following the crash, he underwent hipreplacement surgery and was told he would never run again. Two years later, he defied the odds by returning to the Ironman circuit and has never looked back.

BOBBY VEGA ’01 Bobby is an NFL scout for the Baltimore Ravens. Before joining Baltimore, he spent thirteen years with the Browns.

MICAELA LONG ’06 Micaela is a pro hockey player for the Connecticut Whale. A former member of the Boston Blades, she played her D1 hockey at the University of New Hampshire.

BRIAN FLYNN ’07 After a standout career as the captain of the University of Maine Black Bears, Brian made his NHL debut in 2013. A native of Boston, MA, he has played for several NHL clubs, including the Buffalo Sabers and Montreal Canadiens.

JAIMIE LEONOFF ’11 Jaimie was one of only two goaltenders selected to play in the first NWHL All-Star Game as a member of the Connecticut Whale. She was also a record-setting goalkeeper for the Yale Bulldogs.

WILLIAM E. PECK For twenty-three years, William E. Peck was a member of the faculty at St. Mark’s in Southborough, MA. By the time his progressive tendencies came into conflict with the more traditional views of the board, he had risen all the way to the role of headmaster. In 1893, he left St. Mark’s behind to found a school of his own. The rest, as they say, is history.

BOB SLOAT P ’86, ’95 During his storied forty-one-year career, Bob held many positions, including math teacher and chair of the Fine Arts Department. But it was his deep and abiding passion for theater that defined him. By the time Bob retired in 2006, he had participated in the development of more than 200 dramatic performances, including what he considered his two standout school productions, Cats and The Diary of Anne Frank. “Making theater happen is what I really love doing,“ he once said.

MAY COTTER Cook remembered for her famous dough balls.

CHICK COLE P ’71, ’72, ’75, ’81 Chick served on the Pomfret faculty for forty-seven years and lived next door for another eighteen. When he retired from Pomfret is 1998, his friend and colleague Hagop Merjian wrote: “He enjoined me, he entreated me, he urged me with a true and striking compassion... this manner of instant human empathy is what makes Chick leap, in my mind, into the pantheon of special human beings.“

This story is from:
Pomfret Magazine, Anniversary Edition
by Pomfret School