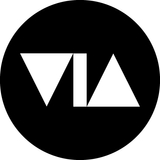 from Auto Channel 45
by Parkside Media 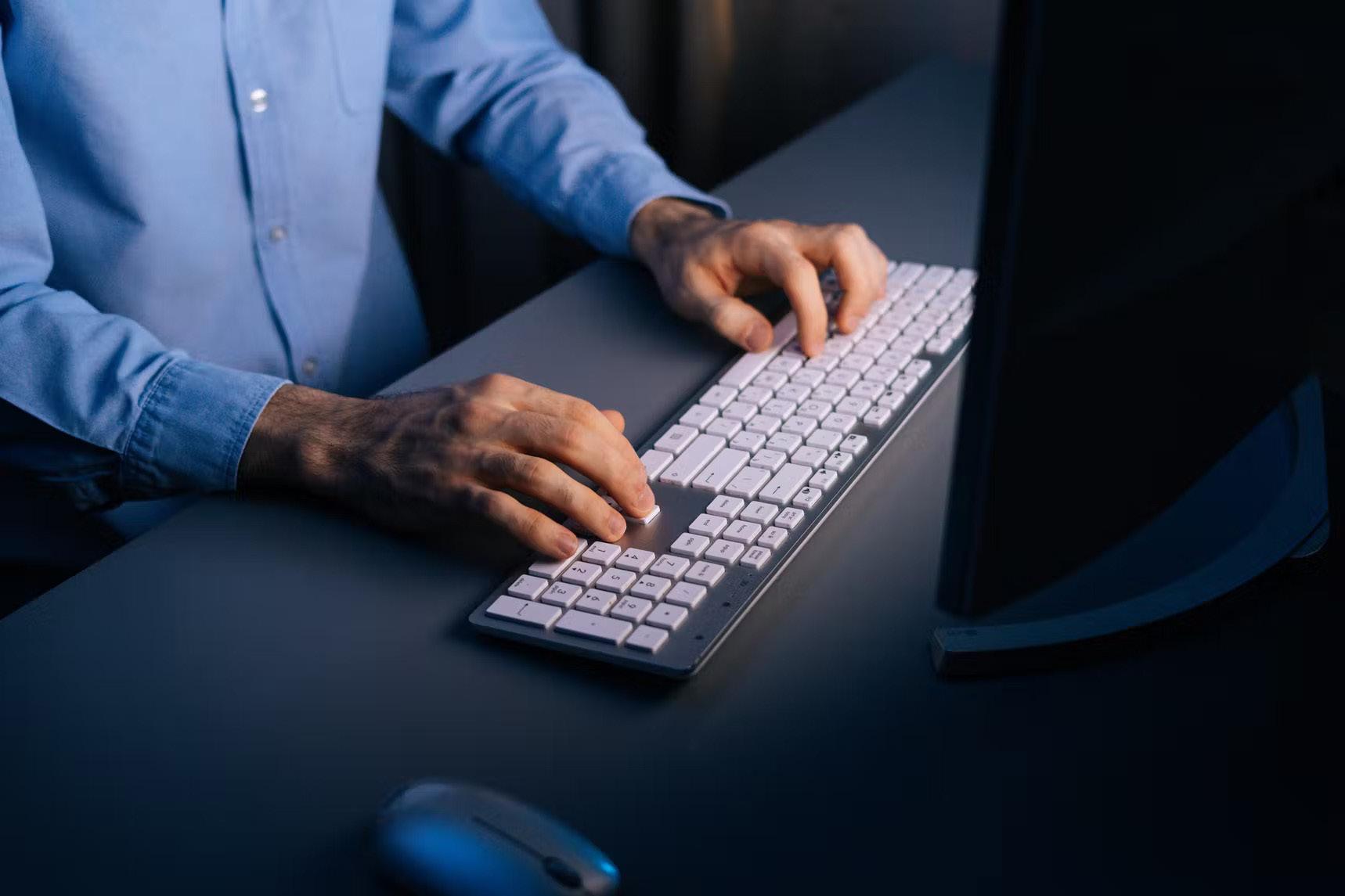 Auto Channel got an early look at Automaster’s new Henderson showroom recently, which demonstrates the company’s response to changing trends in equipment purchasing.

Managing director Gary Cotterell says the company has expanded and moved several times over the years, but its new location in Henderson Valley Road ticks all the boxes.

“Space is easy to get; you can get space anywhere, but this place has a big yard, which is much harder to find.”

Automaster needs the space for handling and unpacking containers. In recent weeks, the company has taken in eight 40-foot containers from Italy and 15 from China, which has finally topped up the company’s stock levels back to where they should be. Automaster is now almost fully stocked in Auckland, as well as having a good stock of lifts in its other warehouse in Christchurch.

The refurbishment of what used to be the Charlie’s Juice factory in Auckland is ongoing. The offices adjacent to the 260-square-metre showroom have been completed, giving sales staff a picture-window view of the showroom.

All of the equipment installed is ready to run, so customers can touch, feel, and see the long list of features of modern workshop equipment in action.

Tyre machines and balancers have been arranged in order around the walls from simplest to most sophisticated. Hoists and a wheel alignment set-up fill the centre of the showroom. Gary says they didn’t have enough space to fit all of the available hoists, but they can show 60 per cent of them. The most popular options showing key features in each range are on display.

So why a showroom? “For a couple of reasons,” says Gary. “We have such a big range on offer, it’s much easier to explain the differences to the customers when they are standing in front of the machines. It is also great to be able to show the customer benefits of our equipment over the competitors’.”

Having done the research, many customers will have narrowed their choices down to two or three similar machines — but each will have slightly different features and price points.

“That’s where the showroom comes in,” says Gary. “At that point customers are keen to see them in the metal to see differences in the machines. They can come in and get proper demonstrations with one of our very experienced sales guys, see which will work best for them, and compare the different features and price points.”

It helps customers make a choice based on practical experience rather than a hunch, says Gary. All of the machines in the showroom are wired up and ready to go.

Price and value for money is obviously still a key consideration when choosing equipment, which is why Automaster’s range is built around three price points — low, middle, and high. It has specified its own brand range to deliver tyre equipment and hoists with high-quality components offering exceptional value, while also distributing some of the world’s most respected brands in automotive workshop equipment, such as Corghi, Peak, Powerrex, and Maha.

Gary says home workshops which don’t have intensive use normally go for the lower price range, while tyre shops that are putting through hundreds of tyres and dealerships will often go for higher spec machines to get the durability, speed, and labour-saving features they offer. Independently owned workshops generally go for the middle ground of price and value-packed equipment, says Gary — but of course, everyone’s needs are slightly different, which makes direct comparisons, side by side, most valuable.

Automaster started the move into the new premises in November 2020 but it’s only now that stock levels are back up to where they needed to be, Gary says. That meant Automaster could allocate equipment for the showroom, giving the sales team the tools and inventory they need to function as intended, while the business gets on with the renovation in other areas.

Every spare in stock

exceptionally long factory lead times as manufacturers scrambled to make up for time lost to Covid lockdowns — was actually even more complicated than that.

Fearing the worst when Covid hit, businesses around the world cancelled orders. They then sold down their existing stock to avoid being caught out in a locked-down economy with low liquidity and unsaleable stock.

But then as global demand bounced back, businesses everywhere tried to reorder stock to get back to normal. However, as manufacturers had closed down for a period, they still had to catch up on pre-sold orders, and orders that hadn’t been cancelled, as well as the new influx of orders. What’s more, many of the new orders were double previous orders to meet pent-up demand and to build back stocks.

The automotive industry was one of the first to step up demand again, says Gary.

That meant lead times for new equipment blew out to over a year in many cases. “Only now are lead times coming back into reasonable time frames, around three to four months. It’s a lot better.”

Asked how he had managed to get so many containers of equipment recently, Gary said they were a long time coming, but a lot had turned up at once.

“We ended up with many containers stuck in Singapore waiting up to three months for shipping space to New Zealand, and that confirmed the decision to go for a much bigger yard was even more worthwhile. We have had up to six or seven containers at a time in our yard. We could never have handled that in our old location.”

However, as shipping to this part of the world is still scarce and costs are very high, Gary expects it will be another year or so before things return to something like ‘normal’.

“Thankfully, we’re in transport. There will be demand as long as wheels keep turning,” he says.

So has Automaster switched to a higher stock strategy to cope with the ongoing supply chain issues? Yes, said Gary, especially in key products and spare parts, but Automaster had previously held comparatively high stock levels anyway, driven by the company’s long-standing focus on customer service.

It has always stocked parts for all the machines it sells to ensure fast after-sales support and service. “That’s where the business started,” says Gary. “And it just grew, and grew, and grew.”

Automaster built its reputation on providing exceptional levels of after-sales service and support to customers and it wasn’t about to forfeit that. “This has been challenging and we have had to air freight many parts orders, due to sea freight delays.”

Another key advantage of the new location was space available behind Automaster to build new premises for the group’s other business, Patch Rubber, which can also make use of the same yard. New double-storey, pre-cast walls for the new warehouse are currently being erected next to the existing buildings.

Gary says that although they are run as separate, complementary businesses — Patch Rubber dealing in tyre shop consumables, while Automaster supplies capital equipment — there will be synergies in operating from the same site and having a centralised, shared head office. There are 33 staff across both companies.

The head office space in the existing administration area is awaiting refurbishment. Gary had planned to rearrange the walls but, with gib in short supply, they might well use the existing configuration and finish it later.

The extensive warehouse space behind the showroom features separate areas for stacks of crated wheel service machines, forklifted out of the shipping containers. It also has extensive racking for parts and servicing, a separate storage area for the long and thin packaged hoists, and there’s an area for unboxing and assembly of equipment prior to delivery immediately, in front of the loading dock.

Automaster’s warehouse in Hornby, Christchurch, is already supplying and servicing South Island customers with popular items normally held in stock. “This saves considerable freight costs and time not having to ship everything from Auckland,” Gary says.

Gary says the exterior of the existing building is still to be reclad, painted, and properly branded with Automaster branding. He expects the transformation to be completed later this year, depending on material availability.

Top of the range Artiglio Master 28

This story is from:
Auto Channel 45
by Parkside Media