Ivy Alphonse-Crean '07 on the Value of Affinity Spaces 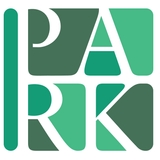 from 2021 Summer Bulletin
by The Park School 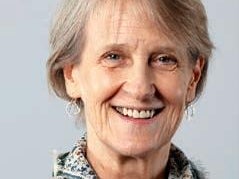 THE VALUE OF AFFINITY SPACES: A PLACE TO EXHALE

Ivy Alphonse-Crean ’07 is returning to her Boston roots, ready to take on a new challenge as Director of Diversity, Equity, and Inclusion at Dedham Country Day School, just down the road from Park.

As a Park student in the late 90s, the conversation around “Diversity, Equity, and Inclusion” was barely visible, yet the School is where she first discovered the embracing value of affinity groups.

While no officially defined “affinity programming” existed at the time, music teachers Janice Allen and Betty Hillmon created a de facto affinity experience for Ivy and her peers that remains a powerful, shaping memory today. Realizing that Ivy liked to sing, these two teachers encouraged her to get involved in singing at Park, beginning with the Gospel choir. Ivy recalls, “These two Black women...they got us singing at events. Ms. Hillmon introduced me to Black Nativity,” the gospel-style retelling of the Nativity based on a play by Langston Hughes, performed annually in Boston. “That’s where I really learned to deliver as a performer, to be on stage, all while still getting my school work done. It was a huge undertaking—a ‘Nutcracker’ level of commitment.”

Park’s After-School Program served as another default affinity group—a place where students with different family structures and working parents, whose life experience was more like hers, gathered. In retrospect, she deeply appreciates the value of affinity spaces for elementary and middle school-age students. “An affinity group,” she says, “is a place to exhale.”

An affinity group is a place to exhale.

Exhale...because a lot of the time, she was holding her breath. In addition to her music teachers, Ivy recalls that many wonderful teachers at Park. She remembers Sue Sprague and Lucy Robb, in particular, who were very “culturally affirming.” It was harder, however, to feel a deep sense of belonging in the Park community. “My mother was a single parent, and that led to a very difficult dynamic,” she notes. Her mother encountered awkward moments like “Do I attend a parent gathering alone?” She didn’t fit the typical Park “categories.”

In Ivy’s Caribbean-American family, there was a sense of decorum, and consistent with her mother’s rules, Ivy always wore dresses to school. “Jeans weren’t ‘done’ in my culture. Yet there was intense pressure to conform. Other mothers would casually mention to her that ‘jeans are on sale at the GAP now,’ as if the problem might be a question of affording to buy jeans rather than a difference in cultural expectation.”

Being Black at Park in that era came bundled with other assumptions. Her family was comfortably middle class, she says, and she had cousins at Park as well, a family that was well known and relatively wealthy. Yet her cousins were frequently questioned for “Not being smart enough” to make it at Park on their merits, and racial slurs were sometimes volleyed in the context of sports and hallway chatter. “Money doesn’t always fix that.” Her uncle attended Park as well—“we were private school people—we SHOULD do well! And yet we were all questioned.”

There was also the “birthday party gauntlet,” Ivy remembers “the massive parties! The pressure to have a cool gift, and the persistent wondering as to if they only invited me because they had to.” One child actually told her that was the case. “The child was rude,” Ivy says, “but truthful. It was just another example of being ‘othered.’” Well-intended standards and expectations can have a powerful way of defining who is included, who belongs, and who does not.

This well of experience, far from daunting her or dampening her belief in the potential of independent schools, has inspired her throughout her journey to engage—and help others engage—with a deep sense of belonging.

Ivy left Park after Grade 5 when her family moved to Florida. There, she found the academic opportunities underwhelming, but “The performing arts opportunities were great!” From there, she went on to The Lawrenceville School in New Jersey, which she loved even as it was extraordinarily demanding. It prepared her well for Brown University, where, she says, she was able to just follow her passions. In addition to training as a classical singer, she pursued Africana Studies with a focus on literature of the diaspora, and public policy. It’s the latter that, via a somewhat indirect route, brought her to a career in education.

After college, Ivy found her way back to Boston, living near family in Hyde Park. She started singing with the Marsh Chapel Choir at Boston University, and worked at the Institute for a Competitive Inner City (ICIC), which seeks to drive economic prosperity in under-resourced communities, where, she says, she learned a great deal, including the fact that she didn’t really like the work.

Feeling the need to do something more, she asked her boss if she could take a day a week to volunteer at Apple Orchard—her pre-school, which, she says, is “the best thing ever!” The experience gave her the chance to explore teaching, and when Kimberly Formisano, Park’s Lower Division Head, invited her to apply to Park’s apprentice teacher program, she left ICIC and began teaching full time.

At Park, she began as an apprentice in Grade 5, and then went on to teach seventhgrade English, an experience that earned her the appointment as a middle school English teacher at The Collegiate School in New York City, where she also completed her master’s at Columbia Teachers College.

As a teacher, Ivy kept finding her way into work that falls under the broad category of Diversity, Equity, and Inclusion. She recognized the value of creating the space in which each person could feel known, and seen. Even as a new teacher, she experienced the invisibility that often comes bundled with Black identity, recalling being “confused with a senior administrator who was my direct supervisor—and a wealth of knowledge— because I was also Black.” She points out that research shows that opinions on race begin to form at a very young age. “Research shows that babies notice differences in skin tone. By middle school, those observations

have been affected by biases and opinions—they are fully formed lenses.” She believes middle school students need that space—that place to exhale—and that adults need it too. “It’s very important to have that space,” she says. At Collegiate, Ivy notes, even young children are able to participate in affinity spaces, as the Lower School Affinity Space meets at the same time as Families of Color Affinity Space meets—and by doubling as childcare, it addresses another critical aspect of equity and inclusion.

At Collegiate, she started working to flesh out a diversity curriculum, and realized that she loved delving into the data and research in the field. She facilitated a discussion group for white adult colleagues to discuss the book, The Guide for White Women Who Teach Black Boys (2017, edited by Eddie Moore Jr., Ali Michael, and Marguerite W. Penick-Parks). Ivy has since contributed to the companion text: Teaching Beautiful Brilliant Black Girls (2021, edited by Eddie Moore Jr., Ali Michael, and Marguerite W. Penick-Parks). She co-facilitated an affinity group for middle school students of color, and relaunched a campus affinity group for faculty and staff of color that had been dormant for quite some time. After making her first presentations at the National Association of Independent School’s People of Color Conference (PoCC) conference, she realized that she loved DEI work, and recognized that she had a facility in creating these spaces. Asking the question, “What is it like for students and faculty of color at independent schools” came to encompass an entire body of work—and one to which she knew she wanted to devote the next phase of her career.

Ivy moves back to the Boston area this summer along with her husband, Jared, and young son, Wesley. From her early years singing at Park through her training in opera, Ivy dreamed of becoming a professional classical singer before turning her mind toward education, and she looks forward to rejoining the Marsh Chapel Choir at Boston University. Once she is back in the neighborhood, and (hopefully!) bringing her son to Apple Orchard to explore nature, we hope she’ll stop by Park often to say hello.

This story is from:
2021 Summer Bulletin
by The Park School