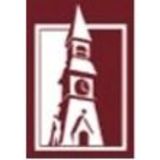 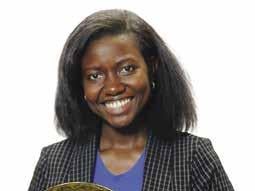 This award is given to honor individuals who have made significant, long-standing contributions and commitment to Park University, whether alumni, faculty or friend.

However, there is one part of his identity that remains steadfast: Linden is a connector. Creating safe spaces for people to laugh and find camaraderie is his superpower.

A chance and a seed

Linden had been a DJ for almost a decade when, in 2006, he was introduced to Gordon Stubblefield, who served 13 seasons as the assistant coach for the Park University Parkville (Mo.) Campus men’s basketball team before being named the head coach for Park’s Gilbert (Ariz.) Campus in 2018. Their conversation sparked a friendship and opened the door for Linden’s career in sports entertainment.

Linden’s gift for entertaining audiences was immediately apparent, and his role with Park athletics expanded. “I have so much love for

Park and gratitude for Gordon and Steve,” Linden said. “The University gave me a chance and planted a seed. My company basically began at Park University.”

Fifteen years later, he continues to serve as the PA announcer and music programmer for Park men’s and women’s basketball, soccer and volleyball. Linden also has led University pep rallies and banquets, and has even served as a wedding host for Park staff.

A graduate of the University of Missouri – Kansas City’s Conservatory, Linden couples his natural charisma with his formal training in singing, dancing and theater to create memorable moments for his audiences.

From the booth, Linden’s vibrant, booming voice hypes the crowd and sets the tone. As an event host, Linden is just as entertaining, but uses a slightly more subtle approach to ensure everyone is entertained: “Find Charlie Brown.” More specifically, Linden looks for the most pensive person alone in the corner — the “Charlie Brown” of the room — and focuses on that person’s experience. “If I can make that person smile,” Linden said, “I know I’ve done my job.”

As owner of The Linden Group, he insists on the same level of enthusiasm from his staff. With a motto of “Service Above Self,” The Linden Group provides voice-over talent for live events, narration for websites and promotional videos, event marketing, and promotion and entertainment management. Kansas Speedway, Kansas City Chiefs, Kansas City Royals, National Association of Intercollegiate Athletics and the Western Athletic Conference are just a few of their clients.

Linden is also engaged in nonprofit work, particularly with agencies that uplift youth. He has volunteered with Youth/Adult Alliance Against Underage Drinking, Mothers Against Drunk

“I grew up in an alcoholic, abusive family,” Linden said. “I’m drawn to youth issues because I want to be the support system that I needed growing up. Now that I’ve found my way, I want to pay it forward.”

Linden’s talent has also been showcased at a national level. He appeared on the popular 1990s television show, “Party of Five,” has written and produced “The Power Zone,” a martial arts show, has produced music for ESPN’s National Drill Team Final and has served as PA announcer for numerous national championship tournaments in collegiate sports.

Not bad for a self-proclaimed introvert…which gets us back to Charlie Brown.

“I felt like Charlie Brown growing up,” Linden reflected. “So, I want people to look at my career and understand what a blessing it is to find your passion. My goal is to make the world a better place. If I can use my gifts, talent and personality to uplift a conference room, church, arena or stadium, and elevate people to feel empowered and loved, I will have lived an accomplished life.”

This story is from:
Park Magazine - Winter 2022
by Park University