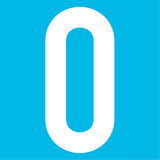 from OUTLOOK – April 2020
by OUTLOOK magazine

Did you know that there were once 23 small schools in our conference which are no longer in operation today? Towns like Gothenburg, Nebraska, and Fort Scott, Kansas, once had small Adventist schools.

Most of these schools no longer exist due to demographic shifts. Many rural counties in Kansas and Nebraska have smaller populations than they did 100 years ago.

The 2010 census showed more than half of Nebraska’s 93 counties lost 10 percent or more of their population, while counties around Lincoln and Omaha grew. 1 Kansas has a similar story. Census information from 2014 indicates that from 2000 to 2013, the state had a net loss of 10,197 people. 2 In 2015, when the members of the Garden City Church in Kansas decided to step out in faith and reopen their school, which had been closed for several years, no one knew what the result would be.

Today, High Plains Christian School is thriving under the leadership of their teacher, Jessi Whitson, and the support of committed church members. When the school first opened in 2015, they began with seven students. The next year enrollment more than doubled to 15 students. In 2017, the enrollment increased to 18 students, and since then it has continued to grow. Currently the school is at maximum capacity of 20 students, and they have had to turn away students. High Plains Christian School is the only Protestant elementary school in Garden City, and there has been considerable interest in Christian education from the community. For example, without any advertising the 2019 summer VBS program mentored approximately 50 children. What a blessing, considering the population is approximately 30,000 people. The church has met to discuss the possibility of adding another teacher to allow for increased capacity at the school. But with a modest church membership of approximately 100 people, the decision to add another teacher is a major financial commitment.

The school is in one room adjacent to the church. They are currently considering converting a Sabbath school classroom into a school classroom, since there is no extra space and they cannot afford to build additional space while meeting the monthly church budget.

There is no gym space for the students, yet the school is blessed with happy students who are excelling.

Melissa Moutray is a member of the Garden City Church in Kansas.

High Plains Christian School is now at maximum capacity with 20 students (pictured on a field trip to the local zoo).

JOIN US THIS SUMMER

BROKEN ARROW RANCH IS A PLACE WHERE YOUNG PEOPLE CAN ENJOY THE OUTDOORS AND HAVE A LIFE CHANGING EXPERIENCE WITH GOD.

This story is from:
OUTLOOK – April 2020
by OUTLOOK magazine