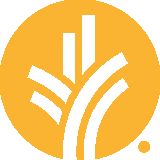 from Discovery Series - Moving Mountains
by Our Daily Bread Ministries

These considerations for the meaning of Mark 11:22–24 remind us that there is often more to reading and understanding Scripture than first meets the eye. Passages should not be wrenched out of context, and correct understanding of literary contexts is tied to understanding historical contexts. Though the task of historical understanding may seem difficult, it results in clearer, more accurate interpretation of the Bible, making it well worth the extra effort. In fact, such work is unavoidable for any student of God’s word who is genuinely interested in knowing and responding to what God asks of us. With this end in mind, we have one more

“mountain” of historical background to climb before we are on solid footing to explore Mark’s theology of petitionary prayer. The spectacle of mountains performing back flips into the Mediterranean Sea is a dramatic depiction of God’s doing “whatever we ask” in prayer (11:24), if we believe and do not doubt (11:23). But how are we to understand this imagery? How do we explain such a hyperactive landscape?

Many argue that the mountain being moved is not only a metaphorical representation of the power of faith; it also refers to the temple mount, Mount Zion, which will symbolically be removed when the temple is destroyed by Rome. 5 Thus Jesus highlights the contrast between old and new; the failed house of prayer in Jerusalem will be removed to make way for the new house of prayer embodied in the community of his disciples.

Others argue that the removal of this mountain should be understood in the context of ancient debates about the limits of divine power. Today we ask whether it is hypothetically possible for God to create a stone too large for him to lift. In the ancient world a similar question was whether God could create a mountain too heavy for him to move. God’s ability to dislodge mountains was figurative language asserting his power to do the impossible. Mark highlights this conviction elsewhere by reminding the reader that “all things are possible with God” (10:27; 14:36). So, which of the two possibilities offers greater insight into Jesus’s words? I suggest that we hold both. After all, Mark uses the fig tree as a symbol

S. E. Dowd insists that we must choose between these options and energetically rejects the first two in favor of the third. Once we are convinced, however, that Mark created a dual reference for the fig tree, I fail to understand why he could not have done the same with this mountain imagery.

First, it provides comfort to a persecuted Christian community. Its primary opponents will not be allowed to permanently hinder their community life. Although Jesus’s disciples can anticipate that the hostility vented against their Savior will continue to be directed toward them (mark 13:9; matthew 10:17; luke 12:11; 21:12 ), the temple’s destruction symbolized the power of the disciples’ faith in God to overcome any and all opposition. The final outcome of the “war of faith waged against the mountain of unbelief” is not in doubt. 6 Jesus began the age of fulfillment in which the coming of God’s kingdom demands the removal of every mountain that blocks

The second lesson flows from the first. Faith in Jesus puts the disciples in touch with the miraculous power of God. We are invited to pray in the confidence that all things remain possible for our Creator. No request is ever too great. No need is beyond the reach of God’s ability. The same power by which Jesus healed the sick and was finally raised from the tomb is available to Christ’s new community.

We have no reason to hesitate in believing that miracles are still possible. Anyone who places arbitrary, naturalistic limits on what a disciple can reasonably expect of God in this world should stop to consider whether that person’s God is the same deity that Jesus turned to when he said to the fig tree, “May no one ever eat fruit from you again” (MARK 11:14).

5 Telford, W. R., The Barren Temple and the Withered Tree: A RedactionCritical Analysis of the Cursing of the Fig-Tree Pericope in Mark’s Gospel and Its Relation to the Cleansing of the Temple Tradition. (Sheffield: JSOT Press, 1980) 110–115. 6 C. D. Marshall, Faith as a Theme in Mark’s Narrative, (Cambridge: Cambridge University Press, 1989) 169.

This story is from:
Discovery Series - Moving Mountains
by Our Daily Bread Ministries