Both of my parents were born in large families, so when I was growing up, I had scads of aunts and uncles on both sides.

While my uncles were interesting in various colorful ways, it is my aunts who have lingered in my heart all these years.

On my mother’s side, there’s Aunt Flossie, Aunt Eula (Pat), Aunt Delores, Aunt Clara, and Aunt Josephine. On dad’s side there’s Pearl, Stella, Rose, and Mabel. I also have two Aunt Gertrudes and an Aunt Lucille by marriage.

Because my parents came near the end of those large families, some of my older cousins were roughly the same age as some of my aunts. I was pretty old before I learned that “Aunt Ruth” was really my cousin, just like Aunt Joann, and Aunt Molly.

These women formed a large support group/ communications network/work team that amounted to a huge extended family. When the women got together for mass food canning, or sewing, or laundry work days, we would run around having fun with all of our cousins like a big, happy family of primates.

Of all mom’s sisters, Aunt Clara was the one who stuck and stayed in Brown County. There was a fishing pond behind the house where we would swim with tire innertubes, and catch little sunfish.

Aunt Clara was the single hardest-working person I ever knew. I mean, she really knew what work was. If she was awake, she was working. She was from a very hard-working group. They all came up poor in the grip of the Great Depression.

They made big gardens and canned vegetables. As younger women, they worked in the canning factory at Trafalgar. They shepherded the flock of ornery kids, cleaned house, sewed, and did massive loads of laundry.

They produced three hot meals on the table every day. Every day.

Aunt Clara had lived in the old home place in Alabama and Aunt Pat lived here in Brown County, over in what is now the heart of “Arnoldville.” They switched houses. Clara moved here, and Pat moved to Eureka, Alabama.

Aunt Clara always had something to eat on the stove. No matter when you walked into her house—night or day—she’d say, “There’s a little stew (or chili, or soup) on the stove. Get you a bowl.” She was always feeding people.

For years I’ve had these mental pictures of my various aunts as older ladies. Now, I sometimes come across pictures of them when they were in their teens and twenties.

I was not as close to my father’s sisters as I was to my mother’s, mostly because of geography, but at least two of them had a big impact on me.

Aunt Rose was my favorite aunt as a child, and no wonder; she always brought me a birthday present and something really nice at Christmas. She gave me my first (and to date, only) model train set. One of the greatest Christmas presents ever bestowed, based on hours of fun provided, was a tiny plastic “Give-A-Show Projector,” a kind of flashlight-powered slide projector you could shine up on the ceiling when you were supposed to be sleeping.

When I graduated from high school, Aunt Rose gave me a card with a crisp 100 dollar bill in it. This was mind boggling. I had never been in possession of such a thing before. I’m not sure I’d even seen one. This was not the sort of thing that happened in our family.

I have since learned that when the twins (my dad and Uncle Edward) were small, two of the older sisters each took one in charge. Aunt Rose took dad.

She lived to be a hundred and she never stopped reading, even when she was down to reading books one letter at a time with a super strong magnifier.

But of all my fantastic and saintly aunts, none is more dear to my heart than mother’s older sister Eula, who the family called “Pat.”

After Aunt Pat moved from Brown County back to Alabama, I would only see her one week of the year, when we went on summer vacation. But she was always the sweet one, the nice one. She was a strong character, a real mountain woman, and just as nice as the day is long.

When I was a teenager and into my 20s, I went to Alabama to seek my roots and try my chances in the newspaper business. Aunt Pat took me in as if I were her own, housed me, fed me, and was endlessly interested and supportive of me in all my endeavors. She was like the grandmother I never really had.

She was very wise and so kind and generous. She literally wouldn’t harm a bee. She knew all about animals and nature. She was a great raconteur and keeper of the family history and genealogy, a devoted diarist and writer at heart.

Aunt Pat was a professional photographer for many years back in the days of the big wooden box cameras and 4-by-5 sheet negatives. She took mostly portraits, including baby pictures of me and my brothers, all naked on the bed in the old fashion. She hand-tinted her sepia-toned portraits with transparent oils—truly a lost art. They were all women of strong religious faith.

My father’s sister Aunt Mabel would play the piano, and she would rock that thing, I mean really rock it. Of course, it was sacred music, hymns.

Shortly after I entered the ministry in mid-life, Aunt Mabel was visiting with some of my dad’s people. As they were leaving, she got me aside and asked me, real serious, “Now, when they ordained you, did they lay hands on you?”

Aunt Mabel real quickly slipped her hand up around the back of my neck, bowed her head and asked a prayer of blessing on me and my ministry right then and there. No fuss, no muss, all done in 30 seconds.

They were all interesting people. 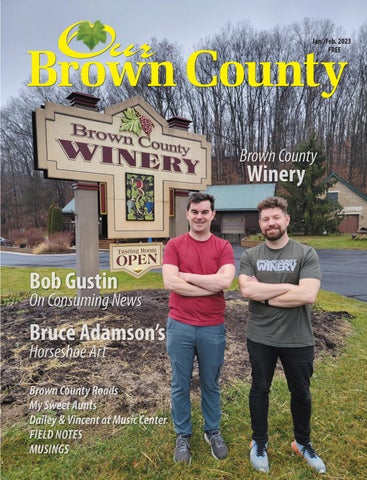