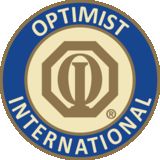 from Optimist Magazine Winter 2021
by optimistintl

It was later established with the Articles of Incorporation signed on February 18, 1971 by Charles C. Campbell, Monroe Marlowe, and Hugh H. Cranford. These three along with Norman L. Shipley and Gene H. Sternberg, Sr. formed the first OIF Board of Directors in 1970. During its first years, it supported Optimist

Fifty (50) years later, OIF is still a key partner with Optimist International, funding the Optimist International Essay, CCDHH, and Oratorical scholarships as well as supporting JOI programs, and is a major underwriter of the World Oratorical Championship. Fundraising opportunities through OIF include Dime a Day, Presidents Club, Friends of Tomorrow, and Christian D. Larson Awards.

Without the work of the Foundation, and the Canadian Children’s Optimist Foundation, Oratorical and other scholarship contests would not be as

well funded. President Mark Weinsoff speaks on the importance of the Foundation to Optimist International, “The 50th anniversary of the Optimist International Foundation prompts me to take a moment to recognize what our partnership has done to promote positive change in the world. These accomplishments include thousands of College scholarships, millions of dollars dedicated to Cancer research, and disaster relief funds following hurricanes, tornados, fires and mudslides. Grants to Optimist Clubs from the Foundation have enabled them to create new programs to serve their communities. I am grateful for the vast impact the Foundation has on the Optimist organization and communities around the world.”

The purpose of the Foundation is to “Help Optimists Help Kids!” Foundation grants are available to all Optimist Clubs for Club projects and initiatives for the youth in their communities. Other resources, such as videos and webinars, are available to Clubs free of charge on OIF’s website. “The only purpose of the foundation is to support Optimist International and its programs,” Oord Graves stated, “I always emphasize to my fellow Optimists that this is their Foundation, benefitting only Optimist International and their Clubs.”

“In this 50 year anniversary, even with the pandemic, we were able to go above and beyond,” Craig Boring, the Secretary and Executive Director of Optimist International Foundation added. The following initiatives have been added, “We created the JOI Past President’s Scholarship, we began supporting Junior Optimist Golf, and we increased the Club Grant amount to $1,000. These are three exciting achievements that have happened in this year alone.”

Despite it all, Oord Graves and those working with the Foundation have not stopped their efforts. “The OIF Board has worked diligently to be good stewards in the management of the Foundation’s resources.”

In celebration of the 50th anniversary, the Foundation has partnered with the late Jeff Hanson, a visually impaired artist from Kansas City. Hanson’s artwork is featured on ties, bowties, stationery, and scarves. His art was used to create a special “Dime a Day” pin, President’s Club Award, and others.

“The planning for the 50th anniversary began with a committee meeting at our OI Convention in Louisville. We were brainstorming special 50th anniversary fundraisers when the idea of an online auction was initiated. My husband Ron and I decided on donating a Jeff Hansen painting for the auction,” Oord Graves explains, “I reached out to Julie, Jeff ’s mother and business manager. After explaining the purposes of the OI Foundation and our upcoming 50th anniversary, Julie suggested the idea of a partnership with Hanson art. After numerous calls with Julie, we came up with a plan to use his art for the incentives, bowties, and other commemorative items.”

“It was Jeff ’s mission to raise 10 million dollars for charity. His parents were very involved with his philanthropic goals as well.” Oord Graves said somberly, “At the end of this Optimist year, the net proceeds from the sales of our Hanson items as well as any contributions made to the OIF in his name will be tabulated and presented to Julie and Hal Hanson. These net proceeds will contribute towards Jeff ’s $10 million goal. It’s because of the work of Jeff and his family that this partnership was possible. It all came from them and their giving nature. We are so sorry to have lost this bright, awesome young artist and philanthropist. The Foundation will continue to honor and celebrate Jeff ’s legacy through this remarkable partnership.”

As part of the International Convention in Atlanta, we will celebrate "Through the Decades", including historical information, different initiatives enacted, and other programs started which will commemorate the work of OIF throughout the years. OIF will have a special reception to celebrate

the milestone. A time to reflect on 50 years of “Helping Optimist Help Kids.”

“One of my goals as President of the Foundation this year is to encourage significant donor participation by the Optimist family. Currently, approximately 8% of our Members and 30% of our Clubs contribute. We are very grateful for that support. I would like to see an increase in

the number Optimists and Clubs that contribute to our Foundation. 100% would be amazing but even getting 50% participation would be fantastic. All donations are appreciated. It doesn’t have to be $100, but whatever you can offer. I would love to see the increased support.”

It is Your Foundation. The reason it exists is to support Optimist Programs. The Foundation is as strong as its Members and their support. Please join with your Foundation on February 18th and beyond in making a difference. Celebrate 50 years of “Helping Optimist Help Kids.”

Visit our website to learn more or donate today at https://www.oifoundation.org/

This story is from:
Optimist Magazine Winter 2021
by optimistintl