HAUNTED ADVENTURES ON THE HIGH 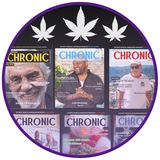 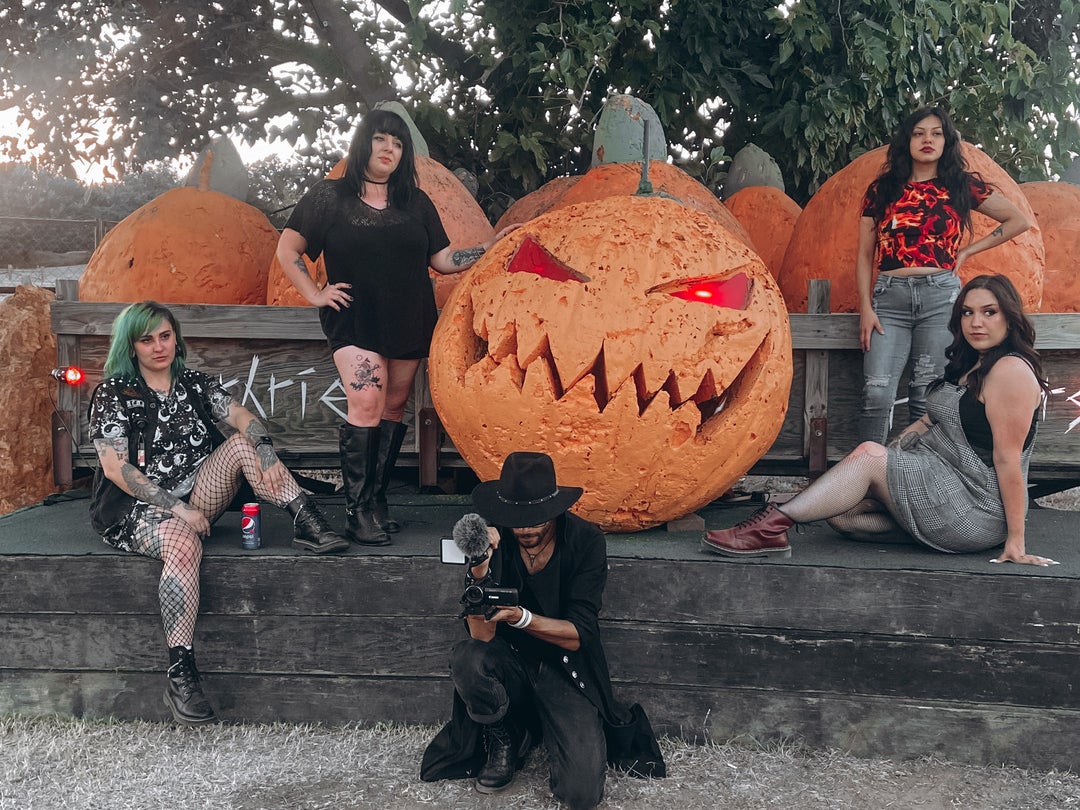 Our month of festivities is here, Mavens of the Macabre and Gentlemen of Gore. It is October and for this one month, we can revel in terror without constraint. October is spectacular for two reasons: first, it’s scare season, and second, the influx of fresh harvests from farms around the country to dispensary shelves.

With literal truckloads of brand new products hitting the stores daily, Croptober deals are impossible to overlook. These deals provide a great opportunity to stock up and plan a High Haunts adventure if you’re brave enough.

One of the primary effects of cannabis consumption is heightened sensory perception. For some cannabis consumers, this can feel like exaggerated or muted sound, more reactivity to heat or cold, decrease in blood pressure or increase in resting heart rate, and, for some users, even paranoia.

These overstimulated responses are temporary and are often quite pleasurable: food has more depth, touch stimulates more response, and endorphin surges can feel even more intense. This heightened sensory perception is something that many cannabis users are seeking to enjoy during activities ranging from doing the dishes to embarking on new adventures. I can confirm what being stoned in a haunted house feels like. This recommendation comes from the first-hand experience, where being under the influence helped me get into the fantasy of horror: Be sure you have your stash bag and a few handy tools to facilitate your high haunts because my next suggestion is gonna require a little daring. I recommend a flashlight per haunter, good shoes, and hand wipes:

The Queen Mary is a Scottish ocean liner that cruised global waterways from 1936 until it retired on October 31, 1967, in Long Beach CA. Now a tourist destination and hotel, this relic of oceans past transforms into a haunted attraction featuring a theater show and séance, a haunted dining experience, and a horror house with three horrifying hallows to haunt.

The actors are top-notch but so is the security and California didn’t allow public consumption when I was there, so pop an edible for this one. It’ll last long anyways.

Be sure you have your stash bag and a few handy tools to facilitate your high haunts because my next suggestion is gonna require a little daring. I recommend a flashlight per haunter, good shoes, and hand wipes:

Your local cemetery, Your Town, USA

First and foremost, I am not suggesting you catch a trespassing charge so don’t @ me if you go getting caught but… the nearest cemetery is a great place to sesh and catch creepy vibes. Look up the local history and see if you can find the historical bad guy’s grave. Or visit your local Lover’s Lane, Crybaby Bridge, or the last sighting of a paranormal creature in the local woods.

You might even head out on a cross-country journey for horror. Wherever you wind up, go well prepared with plenty of cannabis, a well-informed understanding of local cannabis laws, some common sense, a little ghost-hunting gear, and an open mind.

Weed tastes better when you’re on an adventure, but be sure to drop a pin to where you parked and take a mobile charger just in case. These places have a way of getting you turned around, you know?

Marijuana Mansion is a 4,200-square-foot, Victorian-style mansion with secret rooms and ominous gargoyles. The 130-year-old building houses an interactive art gallery – and maybe a few souls unbothered by corporeal form. Reports indicate that the Creswell Mansion had quite a run of trouble keeping tenants and that many renters felt trepidation at all times as if someone or something were ready to pounce on them.

Now owned by Lisa Leder, the Creswell Mansion has undergone a makeover and embraced stoner culture, hoping to become a hotspot for cannabis consumption.

The neighboring dispensary is a spectacular spot to grab some dank before your visit. Leder looks forward to hosting a haunted house called the Marijuana Mansion this fall.

Along I-44 and the roads which connect Miami, OK to Columbus, KS, and Joplin, MO exist a phenomenon that has plagued truckers for decades. Legend has it that for over 100 years, at various spots in this web of roads, drivers have witnessed phantom lights appear on the road before inexplicably vanishing.

The report always includes a single red and single yellow light bobbing along the roadway as if carried by people walking. The lights are disembodied and as unreachable as the fabled leprechaun’s pot of gold.

The stories vary and the lore makes for a fun trip through the internet. For an adventurous roadie, this haunt is worth a nighttime road trip (chauffeured by a sober, designated driver) if you’re in one of these states or closely neighboring Arkansas.

The best part about the Sorrel Weed House is that it is accessible year-round. Aficionados of the paranormal don’t have to wait for autumn to get their spooky fix. There is a house tour and walking tour hosted every night, allowing guests a peek at the home, the grounds, and the history surrounding this Savannah gem.

On select nights, the Old Sorrel Weed House offers a Master Storyteller and Paranormal Investigator to guide guests through the creepy corners of the mansion while regaling visitors with stories intended to make the hair on the back of your neck stand up.

Pro tip: cannabis is decriminalized in the city of Savannah.

From The Dakota, the famed location of John Lennon’s assassination in 1980. These desecrated grounds were also hosted for the filming of Roman Polanski’s iconic horror film Rosemary’s Baby.

Drop into The Algonquin to catch a specter of Harpo Marx or The White Horse Tavern in search of Dylan Thomas and an EVP validating that death indeed has no dominion.

The House of Death, at 14 West 10thStreet, was once inhabited by Mark Twain, for only a year, who claimed to have experienced the paranormal in the home.

The Fear Farm production features a slaughterhouse, a quagmired riverboat, a nuclear fallout zone, a haunted forest featuring Halloween’s favorite monsters, and the carnage of a circus train wreck. The website shows off some pretty exciting costumes and there’s even a Midway for when the munchies from hell strike.

Creeping onto the list is Nightmare on 9 for its accessibility to families with one or more stoner parents.

This Halloween attraction is open throughout October and offers kidfriendly fun all day long and spooky distractions after dark. Pop an edible and hop on the hayride to let it kick in before testing your fine motor skills at Zombie Paintball.

Wrap your adventure with a dazed trip through the haunted house and chill out by your private corn-maze fire pit.

Whatever your adventuring style, with a free spirit and a little cannabis to help thin the veil between this world and the next, you’re sure to find some fun and maybe get your heart racing a bit.

If cannabis is legal in your state, you should follow local consumption and possession laws. It’s one thing to get in trouble for trespassing in a cemetery, it’s another getting busted with trumped-up charges for intent. Be considerate of the places and traditions you are adventuring around.

Remember that staff are not real monsters and other event attendees are just there to have fun, too. This post-harvest haunting season will be a lot of fun if we all keep the vibration real high.