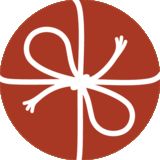 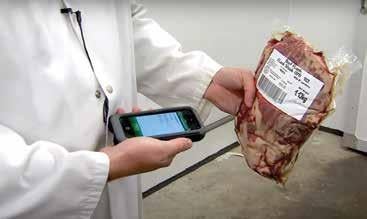 AgSights: Together we are Better

John Di Benedetto has taken lessons from the smart people and tough events in his life and built a successful retail meat business that has not only survived, but thrived through the pandemic.

“We had a great year financially, thanks to our loyal and really hard-working staff,” he says, adding that he’s been thinking a lot about his business, how much it has changed, and why embracing the change will be key to success going forward.

Di Liso’s Fine Meats was founded in 1979 by Frank Di Liso – a close friend of John’s father and a person John considers to be an uncle. Besides its physical location in the historic St. Lawrence Market in Toronto, Di Liso’s has a website for online shopping with in-store pick up and free home delivery.

“Uncle Frank was very strict – a lot of fun to work with because he sang while he cut meat – but he did not tolerate cutting corners or being sloppy,” he says, and notes that he picked up a lot of his ethics around not wasting or mismanaging food from his uncle. Di Benedetto studied under Frank’s watchful eye for 15 years until he, himself, became a master butcher. Di Benedetto took over Di Liso’s in 2003 – just as SARS hit, Mad Cow disease was devastating supply chains and West Nile virus was on the rise.

“I had committed to buying the business, and getting meat into the store was nearly impossible,” he says. He was a newlywed and was very scared about the future – but Uncle Frank reassured him that he would help through the trying times and the transition.

He says the most valuable lesson from that time was the importance of buying local. Prior to then, they had been buying a lot of U.S. beef and when the borders shut down, so did their supply. Canadian suppliers were filling local orders with their regulars first, saying they had to take care of those customers as they had been loyal to the Canadian beef farms all along. While he understood their point of view, it made life very difficult for the new business owner.

“We have to support local Ontario farmers and the local economy as a whole first,” he says, and backs that up by having a personal relationship with all his local farming partners and does regular visits to ensure all his ethics standards are being met.

As a result of him having extremely high standards for his dryaged beef – only AAA or prime grade – he pays a little more, and needs to source from a wider network of farmers.

“Only about one in every 100 cattle are graded prime and one in 30 or 40 are AAA,” he says. “So I get the premium pieces from several different farms that have what I’m looking for – it keeps everyone busy and employed.” He says that, through the pandemic, he hasn’t had a single issue with getting product, and appreciates the care with which farmers feed and raise their animals.

In the dry-aged beef program, he also specifies the breed of the beef – whether it’s Charolais, Limousin or one of the other six breeds he commonly offers. “It’s like getting into the wine business ,” he says. “Some want their beef aged 20 days or 60 days or 100 days – we do whatever works for the customers.”

He’s most proud of the program, which actually came about by happenstance when he had sold a dry-age cooler and the buyer couldn’t pick it up right away.

He cleaned it up, stocked it with some short loins labelled according to the breeds, and made a showcase out of it at the store. Tourists – at the time in groups of 50 or 60 – and regular

customers thought it was wonderful. The City of Toronto used it in promotions. People asked him a lot of questions and bought a lot of beef. So the cooler – and the program – stayed. Di Liso’s has 140 different items in-store and 93 items online – everything from prime rib, roasts and steaks to lamb, turkey and chicken. Some of the meat is marinated and there is a wide range of oven-ready and box deals.

Eight people work at Di Liso’s – all of whom were retained through the pandemic – mainly due to the online market. The 30 to 40 per cent of tourists that constituted the business’s customer base before the pandemic – and were lost due to it – has basically been made up on the website.

“We’ve also widened our sales area outside Toronto to places like Newmarket and Mount Albert,” Di Benedetto says, adding that the meal kits for families has been a real hit.

Social media plays a big role in marketing and John’s wife and Director of Marketing Patricia Di Benedetto, Manager James Lawson, and Brand Designer Monica Litonjua are always coming up with more innovative ways to promote the store and its products. Di Liso’s is also included on web-based platforms like inabuggy.com

Di Benedetto appreciates being a member of Meat & Poultry Ontario and says that as a result, he’s been able to meet all kinds of farmers, made many connections and is grateful for the work the organization does on behalf of processors with the government.

As to the future, Di Benedetto thinks that some shopping habits learned through the pandemic will stay around. While buying products in person will never go away – especially at a place like St. Lawrence Market – busy people are much more comfortable ordering from websites now, and that will continue.

“You have to embrace change,” he says adding that he’s looking to have about half his business online in the next two years.

This story is from:
2021 Spring BlockTalk
by Meat & Poultry Ontario