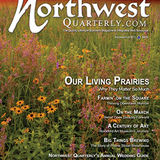 Why Retirees are Choosing Rockford

It was fate that brought Helen and Ernie Redfern to Rockford, but it was Rockford’s amenities that caused them to stay. Ready to flee Chicago suburbia for a quieter retirement, the couple had a simple set of criteria: a community that was in walking distance of major amenities, ha d ample health care facilities, had proximity to grandkids, and offered many activities when family and friends visited. The couple’s search led them to communities up and down the Mississippi River, from places like Fort Madison and Keokuk in Iowa, to Quincy and Monmouth in Illinois. No matter where they searched, they just couldn’t find “the one.” Maybe it was the lack of cultural diversity. Maybe it was the lack of visitor attractions or the long response times when you call 911 – things you think about in retirement. In one case, it was the realtor saying her ho-hum community was three years away from a turnaround. “It got to a point where we were lowering our expectations,” says Helen. “We would go back to our spreadsheet and say, ‘This had three going-out-of-business signs, and this one only had two. Maybe we should look there.” Helen and Ernie felt defeated as they headed back from visiting their 20th community in the summer of 2018. Traveling the long, empty road home, Helen was scrolling through a real estate app on her phone when the car hit a bump and her finger slipped. Suddenly, the search area expanded. Rockford? That hadn’t even been on their radar. But sure, why not? They took a detour and never looked back. It’s a story that’s becoming more frequent as Rockford becomes a top community. “We came down East State Street and saw the planters and saw people walking about,” says Helen. “I was joking that we landed on the set of a Hallmark movie.” Ernie had never been to Rockford, and after living in Chicago for nearly 35 years, had no real expectation for the city. Right away, he was struck by the activity downtown, the liveliness at the Prairie Street Brewhouse, and the variety of activities in between. “The thing I liked best was, as we started looking at our criteria, we wanted someplace we could walk to fairly safely, we wanted good health care – and, my gosh, Rockford was just unbelievable,” he says. Helen realized the town looked very different than it did upon her last visit in early 2010. “Something’s happening here,” she kept telling her husband. “If something had changed this much in a decade, there must be some new life and positivity here,” says Helen.   Driving down newly paved Spring Creek Road, they noticed a sign. “It said this was a project that was doable because of the 1 percent sales tax increase that the population had voted on,” says Ernie. “I looked at that and was amazed they were willing to reinvest in their community, because we had come from places where it may take decades to climb up to where Rockford is.” After that day, they pretty much threw out the spreadsheet. They were all in for Rockford. The couple closed on a house in the Churchill’s Grove neighborhood in August 2018, renovated it and moved in by Halloween. The Redferns’ first year here has been a whirlwind of activity. They joined their neighbors in a landscaping project to revitalize Veterans Memorial Circle at North Main and Auburn streets. At Christmas, their visiting family members ran out of time to enjoy everything they wanted to see. For several weeks last summer, they entertained their 7-year-old grandson, who kept finding new activities to enjoy. They’ve hosted many friends, too. “Who would think that people from Scotland would discover their first Japanese garden here in Rockford?” says Ernie. “I always tell Helen, ‘If we can’t find things to do in Rockford, we’re not looking very hard.’” Ernie and Helen are surprised by locals who give the city a bad rap.  “If you have a negative perception, we would like to change it,” says Helen. “Look at all of the good things that are happening here. Look at how well-rounded we are – access to medical care, decent local restaurants, entertainment, culture, kids’ activities – it’s a pretty special place.” The Redferns admire the strong can-do attitude of their neighbors and the accessibility of local officials. They value the region’s strong independent businesses. They love how easy it is to get around, whether you walk or drive. And they love spending time downtown. It’s everything they hoped they could find in retirement. “We were laughing when the [SeniorAdvice.com] story came out about Rockford being a Top 20 place to retire,” says Helen. “I kept saying, ‘Ernie, we’re ahead of our game.’” ❚

This story is from:
Smart Living Weekly January 15, 2020
by Northwest Quarterly Mag