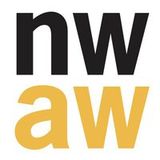 Tucked near a Chinese restaurant in Seattle’s Chinatown/International District is a newsroom that represents a cultural lifeline in an often unfamiliar land. The newsroom is home to the Northwest Asian Weekly and its sister paper, the Seattle Chinese Post.

Publisher Assunta Ng says that before she founded the Seattle Chinese Post in 1982, immigrants “had to go to a billboard in Chinatown to find out what was going on.” Now, Ms. Ng’s newspaper tells them about community events and news in a regular weekly paper. The newspaper was a relatively early participant in what has become a significant trend – the proliferation of Asian-language media in the United States. The growth is fed by demographics, since Asian and Pacific ethnic groups make up the fastest-growing segment in America’s population.