Why work with people who perpetrate? 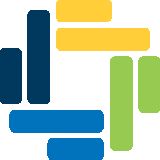 Why work with people who perpetrate?

Since 2015, I have worked with people who use drugs, violence, and various other means to cope with adverse experiences.

People often stigmatize work with perpetrators of sexual and other violence as much—or more—than they do some of our other social problems (like drugs, mental illness). They wonder why anyone would work directly with people who abuse their partners, perpetrate sexual violence, or engage in other deviant behaviours. The short answer is that working with them can break the cycle of harm. The longer answer is that I have some compassion for people who deviate. This compassion may not be aesthetically pleasing, or even palatable, for many. I hope to tread carefully as I outline where it comes from. This writing describes how I have come to value work with people who have problems: largely through helping them heal from their own victimization.

Throughout this text, I will refer to a man named Duncan. He is not an actual client, but a composite of men whom I have worked with in various settings. Duncan came to me before engaging in any of the higher-end violent offenses, but may very well have been on his way there. His history was light on the criminal side of things, but he certainly developed some anti-social behaviours and had become marginalized due to them. Duncan’s family history was littered with mental illness and problematic substance use. He had also experienced some family conflict and the issues that often come with it. Duncan had been sexually assaulted as an adult, bullied heavily as a child, physically abused by an intimate partner, used substances dependently and chronically, and had no discernible symptoms of mental disorder even though he had been treated for some over the years. Accessing services was difficult for Duncan, as most were focused on his personal defects. While he had some, he certainly also had much pain to heal from.

We are in an era when the full scope of sexual and other violence against women is being brought into full view. Discussions about these issues are usually focused on victim or survivor experiences, and they are always binarily gendered. Rightfully so—stories of female victims have been silenced historically. It makes sense for them to be at the centre of any new movement. We hear much about the harms done and the flaws in our systems in relation to working with people who have been harmed (but not much when these people are male-identified).

There are also major flaws in our systems meant to work with people who cause these harms. Take Duncan, who had not yet been charged with any of the higher-end violent offenses. He was on his way there.

In Nova Scotia, there are very few services to help people like Duncan change their behaviour until such time that they cause our communities major problems.

Most services that are available nationally follow models that focus on acknowledging responsibility and correcting defective ways of thinking. But having lived marginalized for half of his life and having experienced this kind of pathologizing approach for years, Duncan was not ready for this space. Many people like Duncan need to heal from other things before they can contemplate their own problems. This is not to excuse bad behaviour, but it is to create space for the changes needed.

Most of our responses are punitive, focused on deterrence. We certainly should denounce sexual violence, and intimate partner violence, and anti-social behaviour in general. We should be clear that it is unacceptable. Our systems should protect victims—all victims—above all else. And we should give credit to women’s services and the champions who built them. But a strictly binary, gendered analysis of these crimes offers only structural and systemic fixes, rather than clinical ones. Working with individuals who use violence—whether it be sexual or in other forms—requires a clinical solution.

Duncan had undoubtedly developed some problematic views on sex and gender and participated in some forms of violence that could have become worse. But he did so in a street-affected, drug-fueled, survival-oriented context that could not be ignored should pro-social change be a desired outcome of treatment. What were Duncan’s clinical needs? I have found that psychosocial assessment offers the most appropriate lens to facilitate clinical work with complex histories. Duncan had a family history where conflict, mental illness and problematic substance use were prevalent. He had experienced several traumatic events. He at one point began using drugs problematically to cope with all of this. Duncan himself had been sexually assaulted. Although these issues were not the concerns of the systems built around him, ignoring them had made helping Duncan change his behaviour a useless exercise; he had been accessing services and approaching more dangerous behaviour. Duncan did not need to hear one more time that he was the problem; he needed to hear that he could find a solution.

We are unlikely to prevent use of violence through deterrence. Deterrence prevents people from speeding, parking illegally, and breaking other simple societal rules. It does not prevent them from murdering.

Reasons for avoiding such behaviour are far more complex and have developed over lifespans as results of socialization and psychological development. There was far more to Duncan’s story than him simply not respecting others or having toxic views on sex and gender. He could grasp on an intellectual level what boundaries and consent were. He could even discuss his values at length. His life had rendered him incapable of living by them. Helping him get well would take hearing his whole story and helping him find a comfortable place within it. Perhaps we should start treating the clinical needs of people like Duncan so that we can create the space necessary for more simplistic behaviour change to happen. When Duncan was finally heard and allowed to heal from the harms done to him—harms that were not his responsibility— he was able to carve out the pieces of his story that were his job to fix.

What I have found during my work at The Peoples’ Counselling Clinic and in other settings is that violence is more complex than many discussions allow. We simply will not change people by teaching them. In working with perpetrators of all genders who have used violence—sexual or other forms—I have found that the answer to changing future behaviour is most often in working through their victimization. This victimization may not be directly related to people in their current relationships. Victim blaming is, of course, not an option. This kind of work is not sympathizing with people who use violence; it is naming and addressing what is necessary to prevent further harm. It is always done in keeping with the messages of denunciation and deterrence, and respecting history and discourse.

What else did Duncan need? Full participation, as allowed by the social determinants of health, was necessary for him to become pro-social. Duncan had an education but had been marginalized largely due to substance use and stigma. He needed the opportunity to live well in every respect. Adequate housing, employment, food, and income were necessary pieces of his healing.

Criminality is, by definition, anti-social behaviour. It makes sense that to foster a return to compliance with societal norms we need to provide pro-social opportunities. This flies against the idea that perpetrators need only denunciation, deterrence, and punishment, but I would argue that it is necessary. Remember this is clinical, not systemic or ideological work. On critical reflection, preventing escalation of violence through making healthier community members jives well with most ideologies. I think we avoid such models simply because they offend our sensibilities and need for punishment and justice. This is understandable, if not effective.

People like Duncan develop violent responses to the world around them during their psychosocial development. This is not a strictly cognitive process, and treating their intellect through teaching alone does not seem to work.

I often see people who have had tragic stories of growing up without care (or in institutional care), without food, without adequate housing. We also see people who were abused sexually or physically (an obvious connection to deviant adult behaviour). We see others marginalized by race, gender, Indigeneity, or sexuality. They have much to be angry about. Not that there are ever excuses for violence, but creating safe spaces for people to receive care for these issues also provides them the opportunity to consider their own problems.

Through providing safe spaces for people to work through these issues, and through fostering full participation in community life, I have seen people become more comfortable in their relationships. This has allowed them to stop acting out violently.

And anyone working within these systems can tell you we do not need more trouble, as can anyone who has been harmed by sexual or intimate partner violence. In providing clinical services to perpetrators, we do not wish to replace services for victims that offer more structural solutions.

We never know how people like Duncan can contribute if we work with them to make it possible to break the cycle of violence. Work with people who use violence occupies a much different, clinical space than previous services have envisioned. A space that is focused on the individual’s relationships to others. One that helps us treat the root causes of violence while facilitating change in behaviour. If we continue to neglect this important piece of preventing violence—whether this neglect be based on ideology or values or anything else—we will continue to hear too many stories of victimization.

I work with people who hurt others in part because they have stories. These stories are heartbreaking, and someone needs to hear them. Many perpetrators have never had their stories heard. In opening the space to identify the ways people have been victimized, I help them heal, and healed people stop hurting others. Historically, we have moved from ignoring these problems to dealing with them strictly through punishment. Then we tried to simply teach people to be better. Now we need to find more comprehensive ways to change the ways people cope. I have seen that these changes can often be made by people who have let go of the ways they have been harmed. This is the space I try to provide when working with perpetrators.

JAMES OWEN DUBÉ (BSC, BSW, RSW) helped form The Peoples’ Counselling Clinic in 2017. He has bachelor’s degrees in both neuroscience (Dalhousie University) and social work (University of Victoria), and recently completed a health-focused master’s program in social work (University of Waterloo). James’ time at The Peoples’ Counselling Clinic has focused on group and individual counselling and case management for people who have used or been victimized by sexual or intimate partner violence. James has also been the clinic’s point person for a partnership with the Halifax Domestic Violence Court Program. 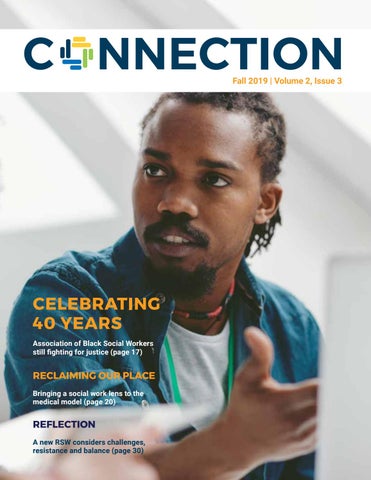