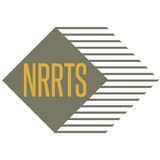 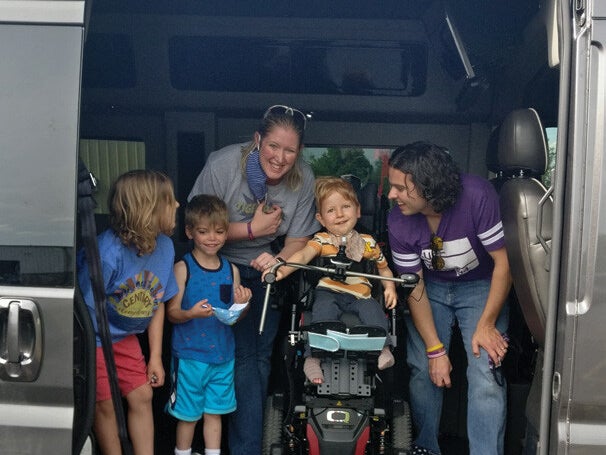 POWER MOBILITY: THE KEY TO MY SUCCESSFUL CHILDHOOD

I cannot remember a time in my life I did not use a wheelchair for my daily mobility. I was paralyzed at 9 months old from a rare virus, transverse myelitis. It was the first time I was ever sick as a baby. I had the flu, and my mom took me to my pediatrician’s office that morning. By that afternoon, I was experiencing spreading paralysis. I spent the next three months in the hospital and was diagnosed with an incomplete spinal cord injury at the C4/C5 level. I was originally paralyzed from the neck down and could only move my head from side to side (See Figure 1).

THE NEED FOR EARLY MOBILITY

I was incredibly blessed to have the medical team that I had, but I was even more blessed to have a family to fight for me when I was too young to fight for myself. We were originally told I would likely never get out of bed. My mom did not accept that fact and was determined to get me whatever I needed to be a happy and productive child.One of the first things she fought for was a power wheelchair. Despite being paralyzed, I was an active and energetic toddler. I can remember my mom saying she couldn’t keep up with me, and I needed to be able to go where I wanted to on my own. In 1984, at 2 years old, I became the first child in the state of Colorado to get a power wheelchair. It was an Everest and Jennings, and I absolutely loved it (See Figures 2 and 3)! It was the first time I could move around independently. It also gave me the opportunity to learn how to play with other kids. My sister and I were close to our cousins,so we would often be together. One of our favorite things to do was hang a sheet on the clothesline, and I would be on one side, and they would lay on their bellies on the other side. I would then drive through the sheet. When they saw me coming, they would run away, and I would try to chase them!

IN 1984, AT 2 YEARS OLD, I BECAME THE FIRST CHILD IN THE STATE OF COLORADO TO GET A POWER WHEELCHAIR.

As I got older, my family and I realized how important it would be for my next power wheelchair to be able to navigate outdoor terrain and have a longer battery life. I was a tomboy growing up, and the majority of my friends were boys. I loved sports as well so, needless to say, I was always on the go! When my friends would be outside riding their skateboards, I would be pulling them along with my power wheelchair. I could also be found on a half-pipe or playing football and basketball.

The second power wheelchair I had was an Arrow XT (See Figure 4). I got it when I was in elementary school, and it was perfect! We called it my ‘mountain mover,’ and I definitely tested its limits! We did a lot of camping with my best friend’s family, and it was during a specific trip my wheelchair earned its nickname. My friend and I were out exploring, and we found a beaver dam. He wanted me to see it, so we got as close as we could without getting my wheelchair stuck, or fully stuck I should say! He and our other friend had to push me through the muddier areas, but we made it. We had some explaining to do when we returned to the campsite covered in mud past our knees, me included!

This power wheelchair also gave me the opportunity to participate in many memorable activities. I was named an Ambassador Child for the Children’s Hospital in 1991. One of my main responsibilities was to represent the hospital at fundraising events. Two of my favorite appearances were the Run for a Child’s Sake race (See Figure 5) and when I was able to play on the basketball court with Denver Nuggets point guard Michael Adams during halftime. Perhaps my biggest honor though was when I was one of two kids selected to appear in a Perry Mason movie (See Figure 6).

AS I GOT OLDER, MY FAMILY AND I REALIZED HOW IMPORTANT IT WOULD BE FOR MY NEXT POWER WHEELCHAIR TO BE ABLE TO NAVIGATE OUTDOOR TERRAIN AND HAVE A LONGER BATTERY LIFE.

As I continued to get older, my needs started to change again. During my elementary school years, I attended physical and occupational therapy sessions, including a home program. But when I began middle school and became more involved with extracurricular activities, I had less free time for therapy.My rehab doctor told us about a new power wheelchair that would also give me the option to stand. TheHi-Rider (See Figures 7 and 8) allowed me to attend everything I wanted to, but still get the weight bearing and range my legs needed.

I used a Hi-Rider power wheelchair until my junior year of college. At this point, I started thinking about the next chapter of my life. I was majoring in journalism and mass communications with an emphasis in telecommunications and minoring in speech communication at the University of Northern Colorado.I wanted to be a sports broadcaster, so I did my first internship at an NBC affiliate in Denver, Colorado, andsaw how small the control room and edit bays were.Unfortunately, I realized the Hi-Rider was not going to work for me as a young adult as the base was wide and maneuvering in small spaces was difficult with a rear wheel drive. Also, the Hi-Rider was no longer being manufactured, so it was nearly impossible to find replacement parts.

With the help of my therapists at Craig Hospital and after doing some research, I decided the TDX SP would be my next power wheelchair (See Figure 9). I continued to spend a lot of time outdoors, especially during my internships, so the mid-wheel drive option was a game changer. The TDX SP had a narrow wheelbase as well soI had access everywhere I needed to at a news station.

NO MATTER WHICH POWER WHEELCHAIR I CHOOSE TO USE NEXT AS AN ADULT, THERE ARE TWO POINTS OF CRITERIA THAT REMAIN THE SAME. IT MUST BE ABLE TO HANDLE AND KEEP UP WITH MY ACTIVE LIFESTYLE.

Selecting a power wheelchair has always been basedaround what my needs are at that time. No matter whichpower wheelchair I choose to use next as an adult, thereare two points of criteria that remain the same. It mustbe able to handle and keep up with my active lifestyle.

CONTACT THE AUTHOR Jenny may be reached at JENNY_SIEGLE@YAHOO.COM OR WWW.JENNYSIEGLE.COM
Jenny Siegle is a full-time producer for Altitude Sports in Denver, Colorado. After working in this industry for almost two decades, Siegle knows sports fans want to get the headlines but have it delivered in a unique and entertaining way. In addition to her productions that air on Altitude Sports, Siegle’s work has landed in publications such as Mile High Sports Magazine and the Buffalo Stampede. Siegle also works as a replay operator for the Colorado Rockies during baseball season, and in 2021 she joined the Denver Broncos public relations game day staff.
She is currently producing "You Bet Tonight," a new sports betting show that launched in October 2021. Some of her other productions include the “Fantasy Football Hour,” a nationally syndicated show that airs coast to coast: "Let’s Talk Sports" with Vic Lombardi, Colorado Rapids pre-games and games, Colorado Mammoth games, and various sporting events for the University of Denver. Siegle had the privilege of covering the 2007 World Series, the Super Bowl 50 victory parade, and the Colorado Avalanche and Denver Nuggets playoff runs in 2019. Additionally, she coordinates, produces and posts content for Altitude Sports’ social media platforms.
Siegle was Miss Wheelchair Colorado in 2004, enjoys public speaking and is a disability advocate.
She graduated with a Bachelor of Arts in Journalism and Mass Communications from the University of Northern Colorado in 2004.
This story is from:
NRRTS FOCUS: Pediatric Power & Early Intervention
by nrrts