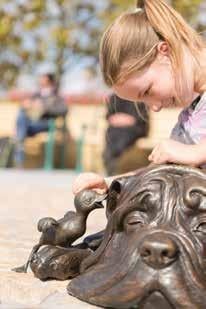 – At Home in Te Puna

Penny Oxnam and Joanne O’Keeffe say their customers feel very much at home in their White House restaurant at Te Puna, near Tauranga.

It’s little wonder they get that feedback. For starters, the White House, on an elevated site on Minden Road, occupies a charming 130-year-old weatherboard bungalow; it feels like home from the moment you walk in. There are several different dining spaces, including a private room, a cocktail bar, and a sunny deck overlooking well-kept gardens with views to the Coromandel Range. You kind of breathe out, know that you’re going to be well fed and watered here.

Owners Penny and Joanne are hands-on at front-of-house. They’re the meeters and greeters; they tell you about the menu, the cocktails, take the orders and clear plates. They specially recommend their cocktails, maybe the White House Mai Tai, the Minden Tonic (Scapegrace gin, Cointreau and tonic), or an Espresso Martini – something to limber up with before the food, the White House’s lovely line-up of dishes from head chef Gareth Cowie, his generous plates of great ingredients and flavours.

To quote Joanne: “He does bloody good food.” She and Penny say it was a serendipitous moment last November when they met Gareth. He was on the look-out for a job that would enable him to relocate from Wellington to Tauranga, and the White House head chef at that point was considering moving back to his home country in South America. Gareth took his place, and he’s a happy man in the Te Puna kitchen and community. “I’m doing classics in a new style,” he says. “It’s all about flavour but it doesn’t blow your head off.” Gareth is modest about his background, but he came to the White House with top industry experience. He’s Hamilton-trained, and he left town as a teenager and returned a few years ago after extensive travelling and cooking overseas. His last job before heading home was as second-in-charge in the kitchen on Sir Richard Branson’s private island, Necker, in the Caribbean. Back in Hamilton, he was head chef at the city’s then Crudo restaurant, which in its first year of operation made Cuisine magazine’s 2017 list of Top 100 restaurants. Later, in Wellington, he cooked at Boomrock in Ohariu Valley, and Havana Bar in Te Aro, before the move to Tauranga, the hometown of his partner Shelley Coley. The Cowie culinary style is fresh, balanced and creative; dishes on the White House’s all-day menu are meticulously plated and demonstrate his clever techniques and flavour-matching. “He cooks from scratch,” says Penny. “He makes his own breads, sauces, condiments, and people are looking for that.” Joanne points to a flavour match that she was won over by (after some initial scepticism): “He does pork belly and scallops with drunken fig jus. Who does that? It is so good.” His Moroccan lamb tagine has a following among customers, the well-balanced spice mix gleaned from the two years that Gareth spent cooking in Morocco. His signature beef tartare and the Kashmiri chilli and garlic prawns are among other crowd favourites. Likewise the tempura chicken skewers with Balinese mango dressing and a crumb of nori, sesame and dried lime. Local avocados were key to a summery bruschetta with broad beans, truffle peas, goat’s cheese and mint from the White House herb garden. The abundant Bay of Plenty feijoa crop is currently being put to good use, paired with snapper crudo, jalapeno, pickled daikon, wasabi mayo and caviar. And braised leeks are a lovely seasonal touch on a plate of goat’s cheese tortellini, walnut velouté, Parmesan foam and honeycomb. As Gareth sits on the White House deck with Penny and Joanne, talking food and flavour matches, a customer phones to see if they have some chicken parfaits (with fig marmalade, caperberries and brioche) available as a takeout treat. The caller is in luck, yes, they can do that. The White House likes to look after its customers.

With the chicken parfaits sorted, they pick up the conversation, and Gareth says he is currently planning to start his own condiment company as a sideline business. “I’m feeling really settled here.”

It’s a similar story from Penny and Joanne: they are long-time Tauranga hospitality operators. They opened the beachside Blue Bayou restaurant at Pāpamoa in 1993, they later owned Phil’s Place near Tauranga Bridge Marina, and sold that to develop the White House.

The White House had been a family home, owned by local man Paul Williams, who Penny and Joanne say supported their new venture from the beginning. The building was renovated and reinvented as a restaurant, and it opened on July 4, 2019. They vote it the best place in their hospo history. They also own the adjacent art gallery, Gallery Te Puna, and they’re now fully embedded in the local community. “We have a great customer base,” says Penny. “We love having the gallery, and we have a great chef who has done his travelling and is happy to be here.”

The best ingredients for success.

This story is from:
Nourish BOP Winter 2022
by Nourish Magazine