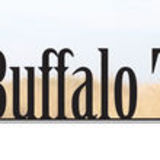 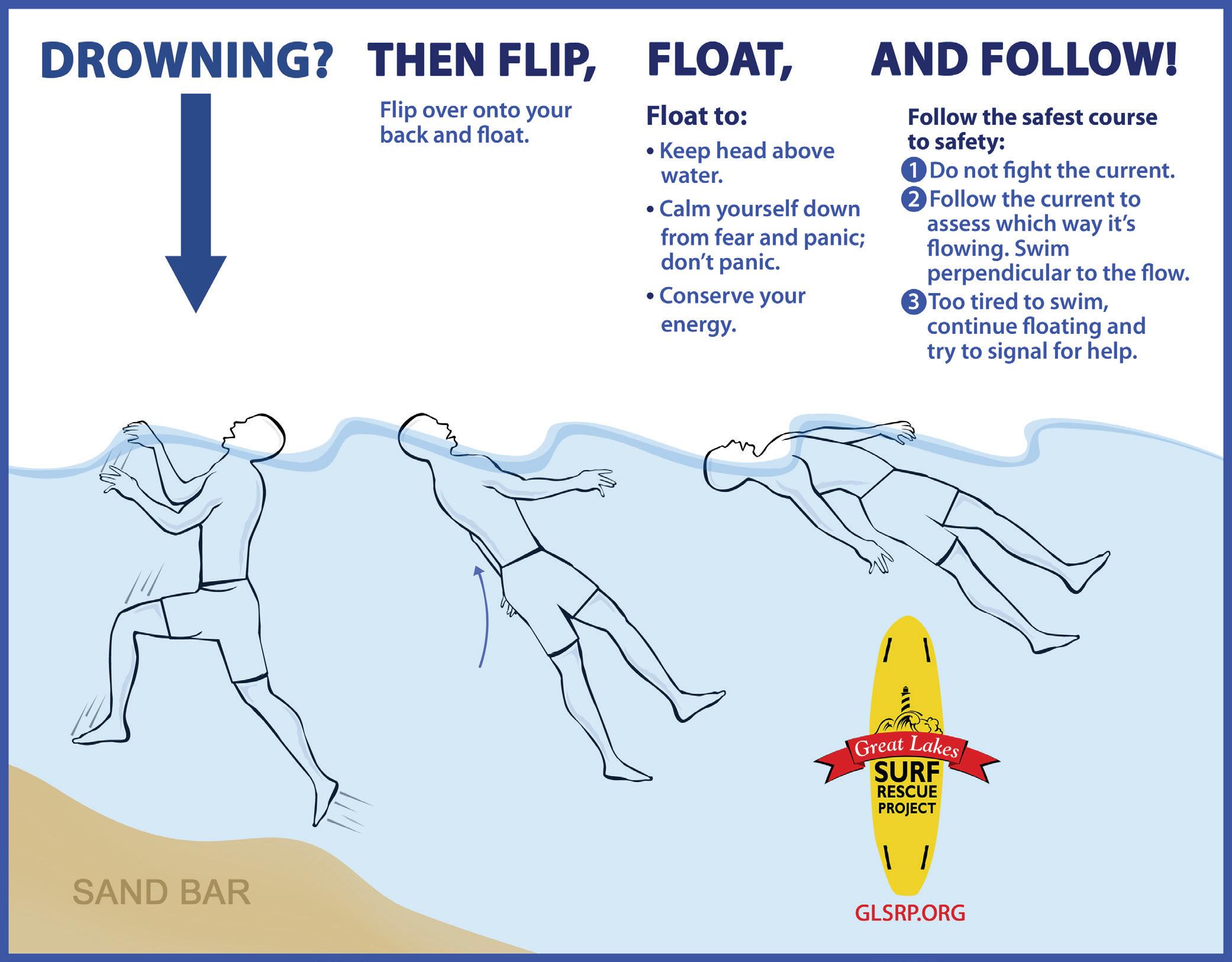 Volunteers gathered Saturday, June 26, to clean up the inside and outside of a place that has become a thriving community gathering space: the Friends of New Troy Community Center.

The center, which has been closed since March 18, 2020, due to Covid, offically reopened to the public July 1.

According to Victoria Petroff, vice president of the Friends of New Troy (FoNT) Board of Directors, the library has reopened, and yoga classes have resumed. Skybird Yoga’s founder Elizabeth Nuti (who’s also a trustee on the board of directors) offers in-person classes weekly in FONT’s Community Room Fridays, Saturdays, and Tuesdays in the mornings.

The center’s new bathrooms will also be seen by the public, as their huge renovation just got underway when the center closed.

“So much has been done in the building that nobody has seen yet – and we’re still working on things,” Petroff said.

The library is the next big project. Petroff said the plan is to turn it more into a media center “to help accommodate the folks around here with lack of Wi-Fi and computers.” She added that there’s free Wi-Fi that was updated throughout the building.

Also returning are summertime events. First up is the Strawberry Social, which will take place from 2 to 4 p.m. Sunday, July 11. The event, which is free to the public, is put on by Boyd family. The family donated the gazebo behind the center to FONT in honor of Allan Boyd, a longtime resident who passed away in 2017. Brett Boyd of Classic Catering and Events will be making refreshments of strawberry shortcake and ice cream and members of the band Down by the Dock will be performing in the gazebo.

New this year will be the FONT Market, a Friday night market that will debut from 4 to 8 p.m. July 23. Describing it as “more than a farmers market,” Petroff said the market is an attempt to combine elements of the center’s indoor flea markets. “It’s an attempt to engage local famers - those who have roadside stands, those who don’t generally attend farmers markets - and try to get them to come out and display what they have but also that people know where they are,” Petroff said, adding that the market will serve as a “central location once a month” to give the famers exposure. The market will also feature artisans and live music, as well as games for children. The market is being spearheaded by Aubrey Beck, who said that vendors are still being sought. Interested vendors can download an application on FoNT’s website. For the first market, Classic Catering will be bringing back taco specials from the former Old Mill Run restaurant that used to be located in New Troy. The restaurant was owned by Brett Boyd and featured a taco night.

“It’s kind of became a local legend… People lined up down the street waiting for tacos,” she said.

All proceeds from the FoNT Market will benefit the Community Center.

Petroff said FoNT began as a group of citizens who wanted to “preserve the building,” which was the former elementary school.

“They knew they wanted to do something to invest in the community and make sure the building stayed as a source of historical relevance and a community gathering place,” she said.

Now, Petroff said, the current board of directors have taken it a step further. Throughout the closure, members have started “restructuring,” which will make it easier to apply for grants.

“We can give you a plan for the future now, we can give what our ideas are and aspirations and plans for engagement, what our expectations are of volunteers,” she said.

Friends of New troy is a 501(c)3 nonprofit. The community center is located at 13372 California Road in New Troy, Michigan. More information can be found on the newly revamped website, www.friendsofnewtroy.org.

The La Porte County Symphony Orchestra (LCSO) will perform “Legendary Showtunes & More” at Friendship Botanic Gardens (FBG) for a magical and memorable evening for families and adults from 7 to 8:30 p.m. Sunday, July 25. Concluding its 48th season, the LCSO is a pillar of the performing arts in the area, serving audiences across seven counties. On Sunday, July 25, the LCSO, along with interim music director and conductor, Chuck Steck, will join together and perform under FBG’s Celebration Pavilion for an evening full of Broadway and movie tunes. 2020 Hoosier STAR winners, Alyse Flores (Adult Division) and Julia Larson (Youth Division), will also be performing. Food and drink will be available for purchase at this joint fundraiser for FBG and the LCSO.

“We cannot wait to perform again at Friendship Gardens,” said LCSO Executive Director Tim King. “The Pavilion is exactly the right kind of venue for a summer performance. We really enjoyed the experience there last summer and look forward to a continued relationship with Friendship Gardens.”

Advanced ticket purchase is available at www. friendshipbotanicgardens.org. Tickets will also be available for purchase at the FBG entrance gate the day of the event, cash or card accepted. General admission for adults is $50; 17 and under are free. Gates open at 6 p.m., with music starting promptly at 7 p.m.

This is the second LCSO concert at Friendship Botanic Gardens. “We couldn’t be happier that the La Porte County Symphony is joining us again this year for a continual concert series,” said FBG Board President John Leinweber. “The LCSO’s quality and dedication to symphonic music is beyond exceptional.” Chairs will be available for use in the Celebration Meadow; however, guests are encouraged to bring their own lawn chairs or blankets. No outside food or drink allowed in the venue.

Both the LCSO and FBG ask that guests practice socially distanced seating and wear face coverings when it is not possible to stay at least 6 feet away from others outside of their own family and friends. For more information about the LCSO and other upcoming concerts, visit www.lcso.net. Friendship Botanic Gardens is located at 2055 East U.S. Highway 12, Michigan City. For more information call (219) 878-9885, send an email to events@ friendshipbotanicgardens. org or visit www. friendshipbotanicgardens.org.

COLUMN BY KURT MARGGRAF IN CHICAGO

Next week when I sit down to

write my column, it will be the Fourth of July.

The year, and the baseball season, will be half over. The hockey and basketball playoffs are nearing the finals, and believe it or not, the football season is only a couple of months away.

For those who don’t love any of the big four professional sports, the Olympics begin in July and the World Cup is on the horizon for 2022. Yes sports fans, no matter where you live or who you root for, it’s a great time to be a fan.

Of course, I’m a sports fan, and being from Chicago makes this time of the year even more exciting for me. The White Sox remain in first place and even though they had another tough week, they have a favorable schedule for the next couple of weeks.

The Cubs are in a difficult part of their schedule and have fallen three games behind but whichever way the team goes, it’s going to be an exciting time. A couple of takeaways from this past week in baseball.

Seattle pitcher Hector Santiago became the first pitcher to get ejected for using a foreign substance on the ball since they started to enforce the rule last week. Look for a lot more offense in the future.

Speaking of more offense, how about ex Cub Kyle Schwarber. Kyle had twelve homers in his last twelve games to move into a tie for the home run lead in the National League. I’m still dumbfounded that the Cubs let Kyle go. Anyway, I wish him the best, he’s my favorite ex Cub.

The NBA playoffs are a thing of beauty. All four remaining teams have amazing skills and no matter who makes it to the finals, they’re going to be great. Milwaukee and Phoenix are in the drivers seats but Atlanta and the LA Clippers are putting up quite a battle. I hadn’t paid a lot of attention to the playoffs until recently, but my oh my these guys can play. It’s fun seeing new faces in the playoffs for a change.

I believe the Clippers, Atlanta, and Phoenix have never won an NBA championship and Milwaukee hasn’t won in fifty years. In the near future, it will be nice seeing the Bulls advance in the playoffs.

Montreal and Tampa Bay are in the finals for the Stanley Cup and playoff hockey is really intense and exciting. Montreal has a great history, but hasn’t won the Cup since 1993. Tampa Bay, on the other hand, is the defending champion.

My picks are Milwaukee in the NBA and Tampa Bay in the NHL, but anyone of the remaining teams are capable of winning it all. Finally, the Bears season should be fascinating with the hope of their new quarterback Justin Fields and the hope that Aaron Rodgers doesn’t play for the Packers.

Butch Bellah said, “Someone has to be the best; the champion; the winner. Why not you?” Indeed, why not?

Refuse hate. Talk to you next week. Peace, love, and happiness.