INDEPENDENT IN THIS ISSUE:Women in Science Conference 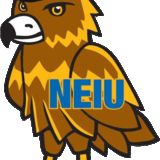 On Nov. 14, NEIU hosted the third annual Women in Science conference which celebrates wom en’s contributions to the field of chemistry. Associate Professor Dr. Jing Su was responsible for leading the Women in Science planning committee and her research focus is Medical Chemistry. The conference is one of several initiatives from Chicago Cancer Health Equity Col laborative (CHEC).

Chicago CHEC is a large col laborative grant involving NEIU, Northwestern University and Uni versity of Illinois at Chicago (UIC) with a mission to reduce or elimi nate healthcare disparities in cancer across the city of Chicago. The pro gram is currently funded through a five year grant and is currently in its fourth year. Chicago CHEC fulfills its mission in three ways; through public outreach, research funding

and education. The Women in Sci ence conference’s purpose is to meet the education portion by bringing together students, professionals and professors by using hands on sci ence.

Research Center Manager Dr. Jolie Brinkman said,“The women in science conference is to elevate and bring attention to women and get women, particularly here at North eastern, interested in the sciences.” Brinkman continued to give a brief history on the last two conferences. Last year, the theme was based on women’s contribution to mathemat ics and the first year was biology.

“Commonly there’s a sense of not having any role models or mentorship so that’s really what the conference is all about to really high light… Every year we include a career panel… We try to get a diverse set of people in different careers to talk and the audience to ask ques tions. We look for a higher profile keynote speaker, if possible, some body who is pretty established in the

All photos by Frannie Mendoza an effort to help people understand the chemical science that surrounds us in everyday life. The experiments included making ice cream with dry ice, testing cleaners for an acidity and basicity and demonstrated making polymers. The conference concluded with Maria Boundas Bakalis reading an excerpt from “Discovering Marie Curie.”

Chicago CHEC fulfills part of its mission through its paid summer fellowship program. Through this program students from any major can participate. NEIU students get the opportunity to meet fellows from UIC and Northwestern along with university leaders from each campus. So far, this program allowed students to go to a cadaver lab as well as participate in a congressional letter campaign. If anyone is inter ested in joining the fellowship, their application will be available Dec. 2 and due by Feb. 28. Students can vol unteer for next year’s conference by emailing Dr. Brinkman at J-Brink man2@NEIU.edu.

The Independent is a public forum for all of Northeastern Illinois University’s campuses and surrounding community. The Independent is entirely student-run and is published bi-weekly, except during summer and semester breaks. The editor-in-chief is responsible for the content of the Independent, and views presented do not necessarily represent those of the administration, faculty and students. The Independent is a member of the ICPA, CMA and ACP.