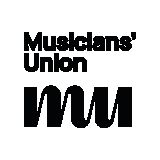 from The Musician - Autumn 2019
by Musicians' Union

“Everybody wanted me to be a Bhangra Bollywood babe or some kind of earth mother,” says musician and performance artist Bishi. She was referring to the cultural stereotypes facing South Asian women in the music industry at one in a series of discussion sessions held at Bethnal Green Working Men’s Club on 4 July. Entitled the Mahadevi Sessions, the name evokes the Hindu ‘great goddess’ of creation, preservation and destruction.

The impetus for the East London event, backed by the Musicians’ Union, came out of a UK Music survey ‘Diversity: Music Industry Workforce 2018’, which looked at the representation of black, Asian and minority ethnic (BAME) groups in the UK music industry. It did not, however, highlight the specific contribution of South Asian musicians. Bishi, the host and organiser, explained: “When I ask industry shakers what South Asian artists they can name, the same seven names keep cropping up, four of them are men and six were signed in the 1990s. With no disrespect to their talent, why aren’t there another 40, or 400 by now?

“In the face of repeated institutional discrimination in my career, I set up these sessions to get us all together to find solidarity and identify more peers, as I know I am not the only one to have repeatedly faced these issues.”

Bishi said that she hopes the sessions are the beginning of a conversation, where people feel less alone and find solidarity. “I’d like it to be a space where people start building bridges and forming creative alliances. Most importantly, I want it to be a celebration of the talent of a bunch of kick-ass artists, who deserve every moment in the spotlight they get.

“The industry only takes a punt on artists that have ‘sold’ before, so it makes the stakes of breaking through almost impossible. That’s why we have to club together to form alternative systems of support and commissioning.”

John Shortell, MU Equality, Diversity and Inclusion Official, said: “South Asians are underrepresented in our membership and in the music industry, or less visible”. John went on to emphasise some of the key problems: “From speaking to our South Asian musicians, people assume they play a certain type of instrument or kind of music. We wanted to pin down cultural assumptions or stereotypes.”

A DJ set – covering Addictive by Truth Hurts and Bad Girls by MIA to Cornershop’s Natch – provided a fitting intro. On the panel were three other South Asian women who discussed their work and explained the challenges they encounter in the industry.

Genre-bending musician, singer and performer Dana Mohammed, known as Ms Mohammed, talked about her video Alibi. “It’s about overcoming systems of oppression. I used to perform as Dana Jade before, now I’m Ms Mohammed. It’s about the rebirth of myself and embracing my whole authentic self.” She said she feared using her last name because of anti-Muslim feeling, despite having been raised as a Christian and now being agnostic.

Audiences are more open-minded than the gatekeepers give them credit for.

“Being an immigrant and gay, sometimes you don’t know which prejudice you’re dealing with. I don’t think it hurts to acknowledge the obstacles we come up against,” she revealed.

For Nabihah Iqbal, who blends dance music with pop, discrimination is not overt: “It’s structural if you don’t fit in with the status quo.” She too changed her name, before starting to release music under Nabihah Iqbal rather than the moniker Throwing Shade. “I thought maybe there’s an important reason to be upfront about who I am.”

Then there’s the matter of the kind of music Nabihah was making. “The music sounded really white,” she said. “I wasn’t producing typical Asian music, which created a huge debate. There are perceptions about what kind of music you should make depending on what you look like.”

On the other hand, Bishi recalled how music executives told her she needed to be careful she didn’t alienate white people. She believed this approach was misguided and did mainstream music devotees a disservice: “The way people consume culture is really diverse. Audiences are more open-minded than the gatekeepers give them credit for.”

There are initiatives that can help combat some of these challenges: such as PRS Foundation’s Momentum Music Fund for emerging artists. Iqbal described it as a real stepping stone: “There’s so much spotlight on minority groups. We just have to keep going. You’ve got to create your own scene.”

Nadia Javed, frontwoman of punk band The Tuts expressed similar thoughts: “We can’t wait for opportunities to come to us. We have to create our own. For a movement to happen, there has to be a movement!”

“The only way we can start to break through is by working together,” said Bishi. At the end of the discussion, she invited the audience to join her and her guests in a networking session in the spirit of solidarity.

Another event focusing on South Asian LGBTQ musicians is being planned.
This story is from:
The Musician - Autumn 2019
by Musicians' Union